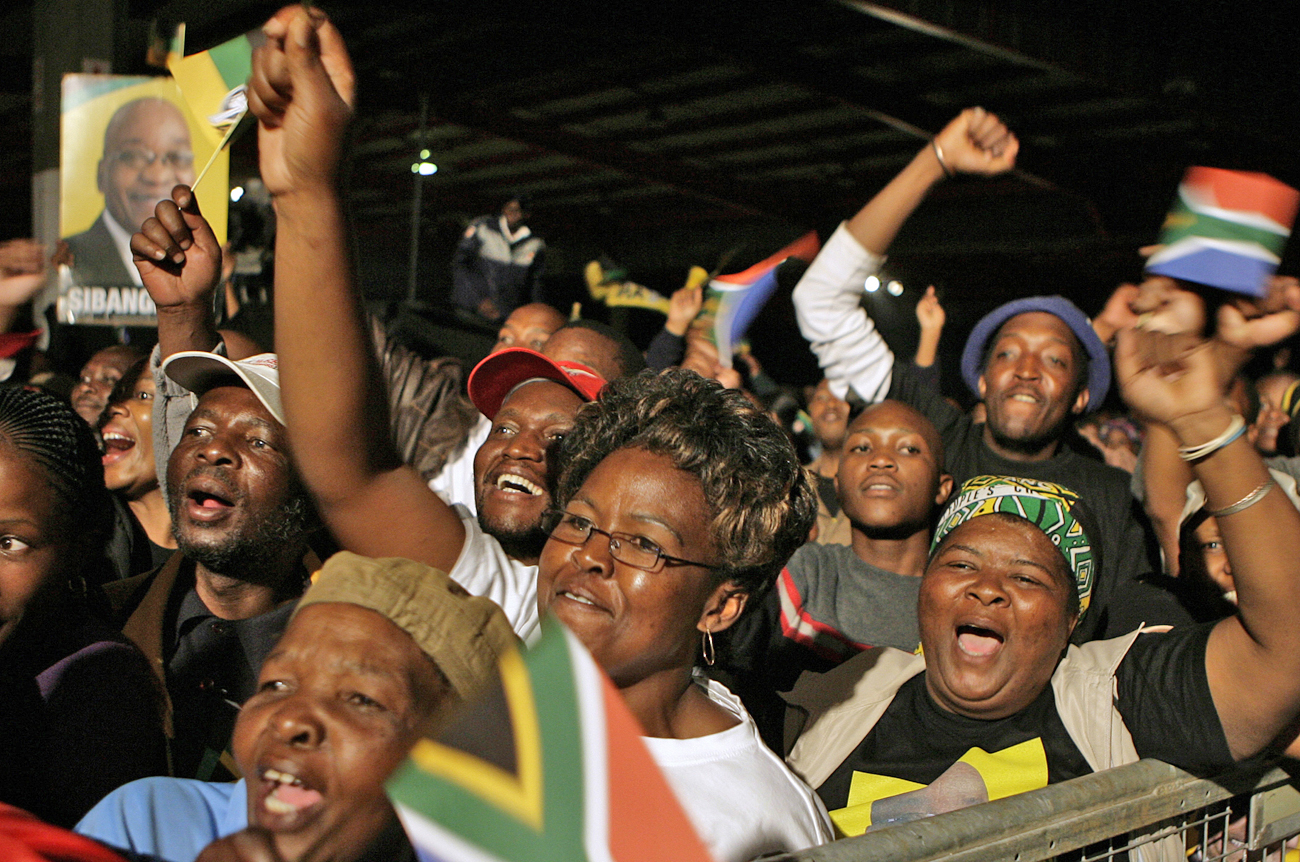 South African weaponry has been seen in Yemen and the DA has called for an investigation. The FF+ alleges the DA and ANC have the same land policies, and the Cape Town budget has been signed off. The Cope factions are still boxing, this time over Shilowa's house, and Cosatu is angry with the ANC. Again. By SIMON WILLIAMSON.

The UDM will join a protest march against poor service delivery in Ekurhuleni. The party also wants to know why the IEC failed to investigate objections and why the SAPS failed to do its work properly. The march will begin at 9:00 at the Dukathole Taxi Rank and proceed to Germiston. The specifics of why the UDM is leading this march are not in the its statement – in fact, this is not in Swaziland, nor is it rural in nature – which were the only things party leader Bantu Holomisa covered during the lead up to the local government elections.

DA MP David Maynier, shadow minister of defence and military veterans, has called on minister of justice Jeff Radebe, who also acts as the head of the national conventional arms committee, to investigate how converted Ratel armoured infantry vehicles, previously owned and operated by the SANDF, are being used in Yemen. While there is no evidence of the arms having been exported directly from South Africa to Yemen, surplus vehicles did make their way to Jordan. Wrote Maynier: “We cannot sit back and allow conventional weapons manufactured in our country to end up in the hands of regressive regimes such as Yemen.”

Peter Groenewald, a FF+ MP, has accused the DA of having the same land redistribution policies as the ANC because of a statement made by DA national spokeswoman, Lindiwe Mazibuko in which she seems to have said the parties’ objectives were the same. This method of analysis is not quite correct as both the ANC and the DA have the objective of running a successful country where everyone can live good lives, but certainly don’t have the same policies whereby to attain this. What Mazibuko actually said was, “The ANC government’s aims may be similar to those of the DA, but its state-centred approach and failed policy implementation are vastly different, and have had the effect of ultimately hampering the achievement of these all important goals.”

Patricia de Lille signed off the controversial Cape Town budget yesterday, claiming that the free basic services provided to the poor are the most comprehensive of any metro in the country and will total R1.26 billion for the financial year. A 5.9% increase in rates and 8.28% increase in water and sanitation will result in higher income, allowing the city to continue distributing 350 litres of water a day free to those who cannot afford it. Electricity will go up 19.94% (Eskom’s annual hike is 26.71%) and budgets have increased for departments across the board. The ANC, claiming it did not have enough time to study the budget, voted against it and will seek legal advice to get its passage overturned.

The DA has called for feasibility studies before plans for high-speed rail are launched, directing their criticisms from shadow deputy transport minister Manny de Freitas, to minister of transport Sibusiso Ndebele. Some of the proposals will compete with established road systems and the cost of high-speed rail is higher than the Dagga Party.

Yesterday TimesLIVE reported that Mbhazima Shilowa, ex-temporary Cope president, may lose his house in a Lekota quest for R72,000 owed in legal fees. Shilowa responded, through a spokesman, calling it deliberate deception and claiming he will continue to fight Lekota in court. I say we just give them each half of the Cope votes and tell ‘em to shut up.

Minister of public enterprises Malusi Gigaba yesterday made a speech detailing the importance of state-owned enterprises. He claimed structures such as Eskom and Transnet are in unique positions to drive growth in the economy (we wonder if he looked at what his electricity cost two years ago) and that SOEs as a group could unleash multipliers in the economy, if properly managed. Gigaba said SOEs would also be assisting the 5-million-new-jobs-by-2020 goal with one of the reasons being keeping tariffs under control.

Campaigners  for Lebogang Maile as ANCYL president are planning on springing a surprise on voting day in Midrand next week and nominate Maile from the floor after it looks like all nine provinces will back Malema, including Gauteng (Maile’s home province). We can’t see this working, but there should be some fun headlines.
Read more: Sowetan

Cosatu are pissed off with the ANC again, this time in North West where the first thing that Cosatu heard about a provincial legislative reshuffle was through the media. What makes it worse is that Cosatu feels it is being lectured to about going to the media and not discussing disagreements within the alliance first. There has also been no meeting in the province to discuss election results. Cosatu in North West said: “For them it is not about the servicing of poor communities in the province. Since their conference in February, they have only discussed tenders for themselves and who becomes the MEC of what.” Ouch.

The DA in Gauteng says social development is being crippled by the vast number of unfilled vacancies: 27% of social worker jobs are unfilled, 31% of nurses, 41% for senior management services and only two out of seven clinical psychologists positions were filled. The figures were revealed in the Gauteng health and social development department’s fourth quarterly report.