For the SABC, sorry seems to be the hardest word

For the SABC, sorry seems to be the hardest word 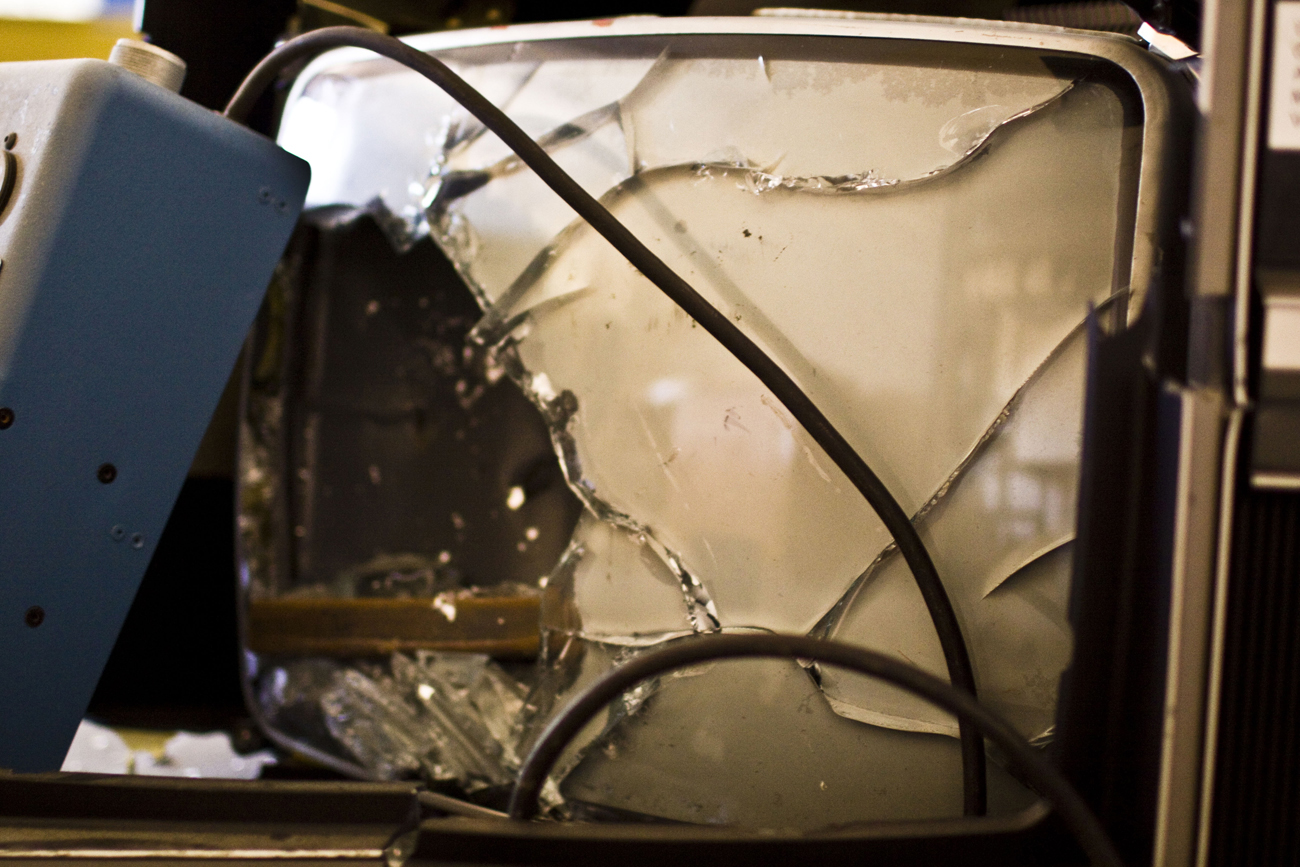 South Africa’s public broadcaster is defiantly refusing to apologise for a news broadcast during which it freely allowed ANC benefactor Robert Gumede to rubbish the Mail & Guardian and ace investigative journalist, Sam Sole. The fact that it is flouting a Broadcasting Complaints Commission ruling is worrying, but that it is challenging the entire architecture of self-regulation is disturbing. By MANDY DE WAAL.

Guilty. That was the BCCSA verdict in the Mail & Guardian and Sam Sole vs. SABC case, after the public broadcaster was used as a private channel for Robert Gumede to settle a personal score. The billionaire businessman and ANC financial backer attacked Sole and cast a slur on the Mail & Guardian in an obvious smear campaign.

After being found guilty by the BCCSA, the SABC appealed not once, but twice, and both applications were unsuccessful. Late in May the public broadcaster was given seven days to apologise to the Mail & Guardian and Sole. But instead of using the first 12 minutes of a prime-time news broadcast to admit its error, as dictated by the BCCSA, it belligerently refused to apologise and launched an incredulous appeal to Icasa in a last-ditch attempt to evade justice.

“The SABC’s decision to appeal to Icasa is yet a further delay in the rendering of justice,” said Nic Dawes, editor-in-chief of the Mail & Guardian. “I don’t think they have any grounds to go to Icasa and can only appeal in terms of bias, lack of jurisdiction or corruption and there is no prima facie case for any of these three tests to have been met. We are considering our options, and clearly we are very disappointed.

“It is extremely dangerous, will completely vitiate the role of the BCCSA as the regulatory body, and upsets the entire arrangement by which license agreements are offered by the BCCSA. It is an attack on the architecture of broadcast regulations because the SABC so clearly has no grounds for a further appeal,” he said.

Mail & Guardian ran a number of investigative features on Gumede that left his business practices exposed and linked him to corruption. Gumede disingenuously used the SABC to fight dirty, but the regulator wouldn’t allow this obvious defamation and, in its ruling against the broadcaster, called its behaviour “unprofessional”, “duplicitous”, “reckless” and “deceptive”. The ruling appears to be a bitter truth pill that is a bit too difficult for the SABC to stomach.

“The BCCSA has until now had an exemplary degree of authority. This effectively repudiates the authority of the broadcast regulator and is a direct attack on the BCCSA,” says Dawes. “It is an extraordinary decision for the SABC to take and says more about the public broadcaster than (about) the BCCSA itself.”

Dawes said he knew there were people in the SABC who viewed the ruling as a means to examine the public broadcaster’s practices, to look at mistakes and to rectify internal problems. They appear to be in the minority. “There are also those who feel embarrassed by the ruling, have political motives that relate to this case, and more broadly to media regulation. They have placed these personal and political interests above journalistic ethics and the rules that govern the industry,” he said.

The SABC’s intransigence comes at a time when the ruling ANC has tried to rush the Protection of Information Bill through Parliament. It only abandoned a 24 June 2011 deadline to complete the bill after significant civic lobbying that culminated in Cosatu threatening to launch a Constitutional Court challenge. But the ANC hasn’t backed down from the media appeals tribunal. The Mercury reported that the ANC whip on the national assembly’s communications committee, Stella Ndabeni, declared the tribunal idea would be back on the Parliamentary agenda soon.

“The current political climate creates a context whereby people in the SABC can profit from their approach. But the SABC can still pull back from this position. I know that there are many people there who are unhappy with the approach the SABC is taking,” said Dawes. “They can and they should try to accept the ruling. It is not too late for the SABC to change its mind, and we sincerely hope it will do just that.”

Dawes said the Mail & Guardian was considering its legal position because the Gumede broadcast was a defamatory and damaging attack that demanded redress. “We need to ensure we get the justice the BCCSA process promises,” he said.

Media advocacy group Media Monitoring Africa said it was “staggered” by the SABC’s decision. “It is as if the SABC is taking a bad situation and making (it) so, so much worse,” said William Bird. “The SABC is seeking to ‘de-legitimise’ the entire BCCSA process, and isn’t even providing clear reasons for doing so.”

Bird said the MMA’s own analysis had shown the Gumede broadcast was clearly and fundamentally biased. “The SABC is challenging the entire self-regulatory process and we have to ask whose interests it is serving by doing this? We will have to wait and see if they have some earth-shattering evidence that no one is aware of. But if it is merely a case of not wanting to own up to (its) error, one would need to identify who has driven this process. It is important to ensure that disciplinary action is taken because these actions have brought both the SABC and the self-regulatory system into disrepute. Whoever has driven this decision needs to be held accountable.” DM