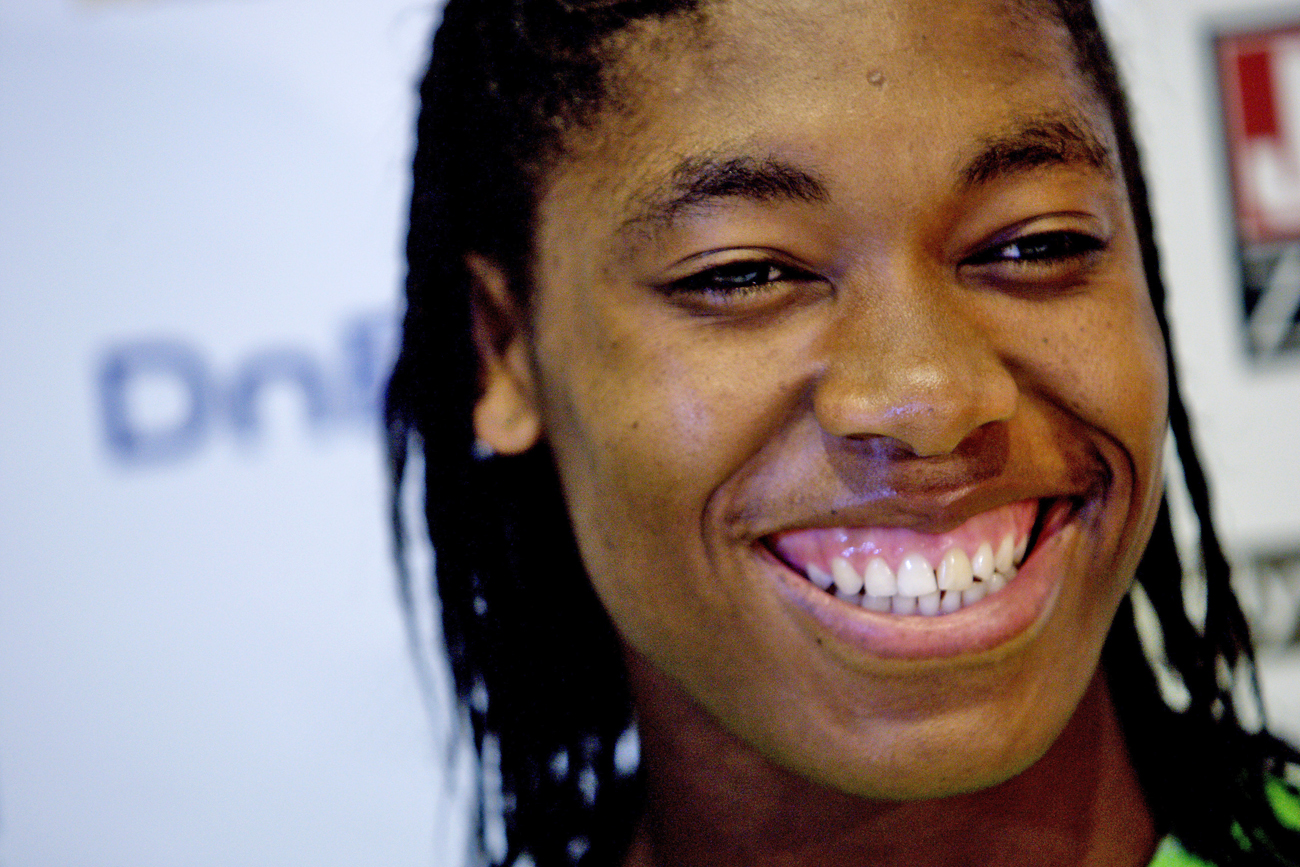 As Caster Semenya continues to improve on her season’s best performances, posting world-class times for the women’s 800-metres at events across the world, it would be great if the memories of 2009 faded simultaneously into the background. They aren’t, of course, so maybe it’s worthwhile reflecting on how far South Africa’s young hero has come. By KEVIN BLOOM.

Not that we really need reminding, but just as a refresher there’s a 10,000-word feature in the online archives of the New Yorker magazine that tells us what a big deal the Caster Semenya story was when it broke in August 2009. The article, written by Ariel Levy – the only “out” lesbian on the revered magazine’s staff, and the author of Female Chauvinist Pigs: Women and the Rise of Raunch Culture – takes us back to the days following Semenya’s staggering win in the women’s 800-metre final at the I.A.A.F. World Championships in Berlin. We’re re-treated to the scene of thousands of cheering fans awaiting Semenya at O.R. Tambo Airport, and to the young athlete’s private audience with President Jacob Zuma and Nelson Mandela; we’re invited to reread the words of Winnie Madikizela-Mandela, who stressed that it was “the responsibility of South Africa to rally behind this child” by informing the rest of the world that she remained a hero; and we’re forced to look again at the incoherent ramblings of the ANC Youth League, which issued a statement saying it would “never accept the categorisation of Caster Semenya as a hermaphrodite, because in South Africa and the entire world of sanity, such does not exist.”

In those months, notwithstanding the Youth League’s blanket rejection of mainstream medical science, the very assumption that South Africa belonged to this so-called “world of sanity” was up for debate. Phat Joe was fired from his prime slot on Kaya FM for implying that Semenya might own a pair of testicles, and Lolly Jackson (the strip-club magnate who was by then less than a year away from his own assassination), took the opportunity to flight a huge billboard picturing a naked woman above the words, “No Need for Gender Testing!” Also, Leonard Chuene, the former president of Athletics South Africa, was exposed in the Mail & Guardian for being a monumental liar – having said he knew nothing about Semenya’s obligatory gender tests in Pretoria and Berlin prior to the World Championship win, it turned out he had in fact authorised them.

But South Africa’s complicated reaction to the affair – a reaction that had a haunting precedent in the Saartjie Baartman story, and specifically the allegation that white Europeans remained unable to see the “human” in the black female form – wasn’t quite as complicated as the problem the I.A.A.F. faced. The organisation’s incessant stalling and hand-wringing over the question of Semenya’s gender, which was ultimately a question of how they would divide all future athletes along gender lines, had its genesis in their nigh-impossible task. As Levy put it for the New Yorker: “Unfortunately for I.A.A.F. officials, they are faced with a question that no one has ever been able to answer: what is the ultimate difference between a man and a woman? ‘This is not a solvable problem,’ Alice Dreger [professor of clinical medical humanities and bioethics at Northwestern University] said. ‘People always press me: Isn’t there one marker we can use? No. We couldn’t then and we can’t now, and science is making it more difficult and not less, because it ends up showing us how much blending there is and how many nuances, and it becomes impossible to point to one thing, or even a set of things, and say that’s what it means to be male.’”

In the end, after almost 11 months of deliberation, the I.A.A.F. issued a three-line statement in early July 2010 saying that Semenya could compete as a woman. Perhaps reflective of the abovementioned impossibility of the task, two of the three lines read as follows: “The I.A.A.F. accepts the conclusion of a panel of medical experts that she can compete with immediate effect. The medical details of the case remain confidential and the I.A.A.F. will make no further comment on the matter.”

Due to a back injury, Semenya wasn’t able to take immediate advantage of the decision; she had to sit out the Commonwealth Games in late 2010. But this year her comeback began in earnest. She started the season competing on home soil, and in March ran a respectable 2:01:77 at a provincial meeting in Gauteng. She then bettered the time at her first international event of 2011, the Dakar Grand Prix, where she won the women’s 800 with 2:00:61. While both these times were well off the incredible 1:55:46 with which she took the World Championships in 2009, they were inching closer to her sub-two-minute goal for the year. At the Diamond League event in the United States last weekend, she achieved the objective – by posting 1:58:88.

And following these personal victories, Semenya this week gave a rare interview to the press. Speaking about the 11-month suspension she endured while the I.A.A.F. were deliberating on her gender, she told a small gathering of journalists: “It wasn’t easy for me. My manager, my training partners were on my side – they always wanted me to come to train but I didn’t want to come to train. I told them, ‘Why should I come to train for something that I don’t know? I cannot come to train when I don’t know if I’m going to run.’ But they always told me to come, my coach was always phoning me each and every morning and afternoon. I told him, ‘Look, man, call me after I’m gonna be back. If I’m coming back that’s when you can call me, but if not don’t call me, I’ll just come sometimes.'”

The uncertainty now in the past, Semenya’s ambitions for the rest of 2011 are first and foremost to defend her world title in Daegu, South Korea, in August. Before that, however, she has to put in a good showing at the Diamond League event tomorrow night (9 June), where she’ll be running against former world champion and Olympic silver medalist Janeth Jepkosgei, as well as world indoor and European outdoor champion Mariya Savinova.

Then it’s 2012 and the ultimate in every world athlete’s career – the London Olympics. DM