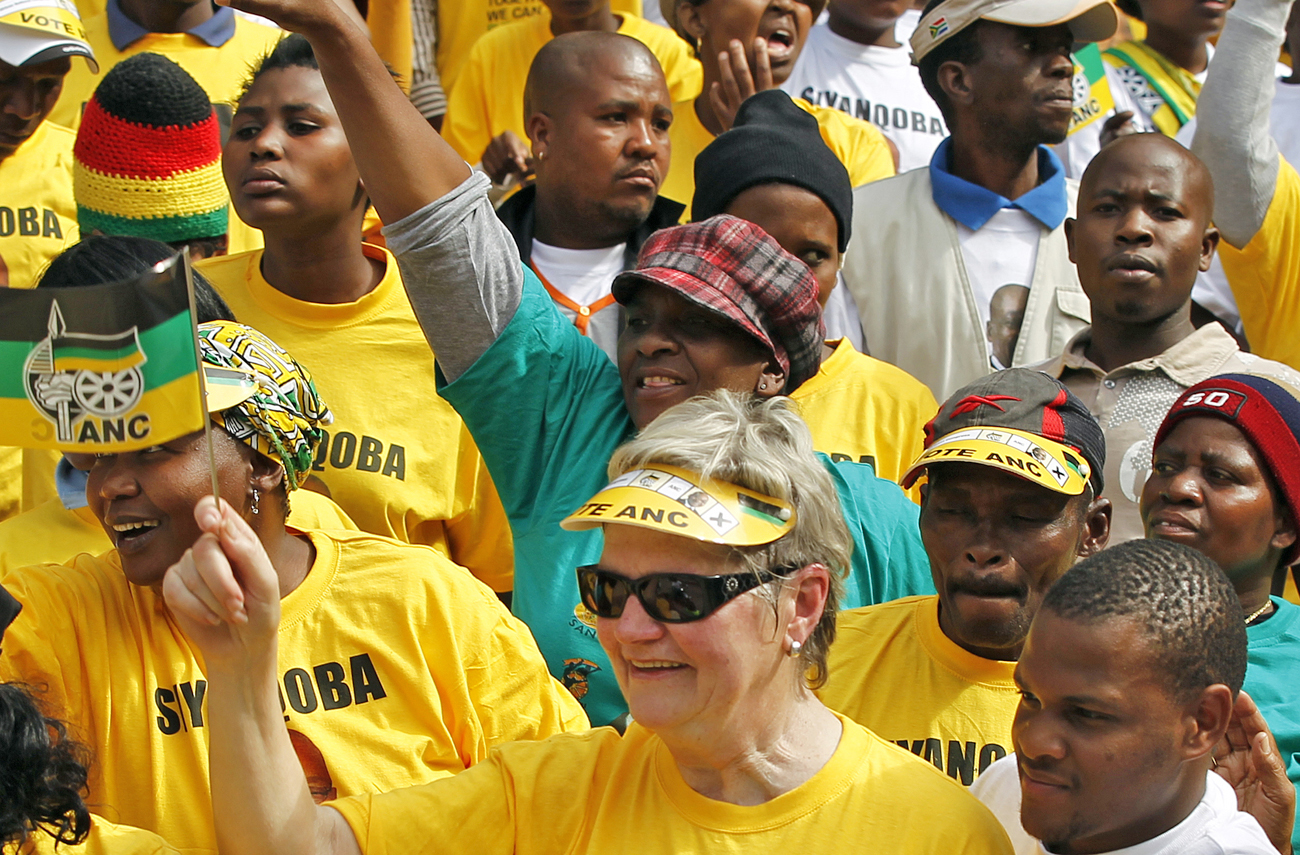 The DA and ANC continue their spat over Cape Town's budget vote delay, Malema inches closer to re-election as ANCYL leader, and the eTwekwini mayor declares war on corruption. Cosatu has also been speaking out against corruption, again, this time in Umsunduzi and Limpopo. And you'd do well to learn from the KZN government, and not invest in the bee industry. By SIMON WILLIAMSON.

The Cape Town city budget vote, already controversially delayed to a date after the local government election (allegedly due to fears it might not be passed), may face further delays as the ANC members on the council want time to review it. Deputy mayor Ian Neilson said the motion to delay the vote (which must happen by 30 June) will not be considered. ANC councillor Tony Ehrenreich said legal action may be taken if the DA tries to steamroller the budget through.

Both the Gauteng and Mpumalanga branches of the ANC Youth League have pledged their support to Julius Malema to reign for a second term as chairman. Along with KZN, North West and Limpopo, this means Malema has the backing of five provinces and is likely to win more. Although unconfirmed, Malema’s rival, Lebogang Maile, is expected to throw in the towel.

New eThekwini mayor James Nxumalo, in a speech shortly after his acceptance, declared war on corruption: “I declare war against fraud, corruption and maladministration and we will take action against councillors and officials who are found to be doing business with the municipality.” Earlier this year a forensic firm was hired by the municipality to combat precisely that. Logie Naidoo was voted speaker and Nomvuzo Shabalala took the post of deputy mayor.

Gauteng Premier Nomvula Mokonyane had claimed she will honour the wishes of the late Albertina Sisulu and drastically reduce the number of women who have to survive on state grants. Mokonyane didn’t get specific, but said training in various fields would be given to women without tertiary education and those with degrees, but no jobs. Mokonyane also asked young entrepreneurs to register their companies with the Gauteng Shared Services Centre, which could put them in line for government tenders.

Cosatu, quite correctly, is baffled by the decision to give local government jobs to councillors who were involved in the collapse of the Umsunduzi (which includes Pietermaritzburg) municipality, including Alpha Shelembe and Zonke Mbatha who were forced to resign, but are now deputy mayor and speaker respectively. The current mayor of Umsunduzi is Chris Ndlela, who was previously Cosatu’s provincial chairman and has the congress’ full support.

Cosatu wasn’t finished there. The congress has also threatened to march on the office of Limpopo Premier Cassel Mathale to demand he fire corrupt MECs. This came in the wake of Deliwe Nyathikazi, former acting head of Limpopo’s department of health, allegedly being suspended for not signing off R167 million worth of payments, including those to Tshepo Malema (a cousin of Julius) because they were corrupt. Although Nyathikazi told the media she was still in the employ of the Limpopo government, Cosatu said they had been reliably informed she was indeed suspended. Someone get me some popcorn.

And they still weren’t done. Zwelinzima Vavi, in Johannesburg yesterday, repeated his warning of a ticking time bomb, almost wholly due to the lack of jobs available for poor South Africans. Vavi said that a solution was required and mentioned a scheme in India which guarantees people 100 days of work a year at minimum wage, which currently has 55 million participants (48% of whom are women). Said Cosatu’s secretary-general about the scheme: “It has reduced hunger, raised self-esteem, advanced women and strengthened civil society, despite problems with fraud, which we in South Africa are unfortunately also familiar with.”

Helen Zille launched the provincial skills development forum, but also warned that economic growth in the region faced numerous challenges, including the working population increasing more rapidly than available jobs. The aim behind the forum was to develop skills needed in the province, and was aligned with jobs being a priority for the Western Cape government.

Yesterday we mentioned that President Jacob Zuma had extended Sandile Ngcobo’s term as chief justice past the 12-year constitutional limit. The Centre for Applied Legal Studies at Wits University disagrees with this decision and may contest it in court. Both sides of this debate seem to be able to find legal backing and are happy to quote it to the media.

If this were Twitter, this story would be preceded by a #fail hashtag. As part of a tourism push, the KZN provincial government spent R1.8 million positioning the province as a key producer of honey. However, the return on this investment has been a little more than R7,000. A bee investment gone bad, really.