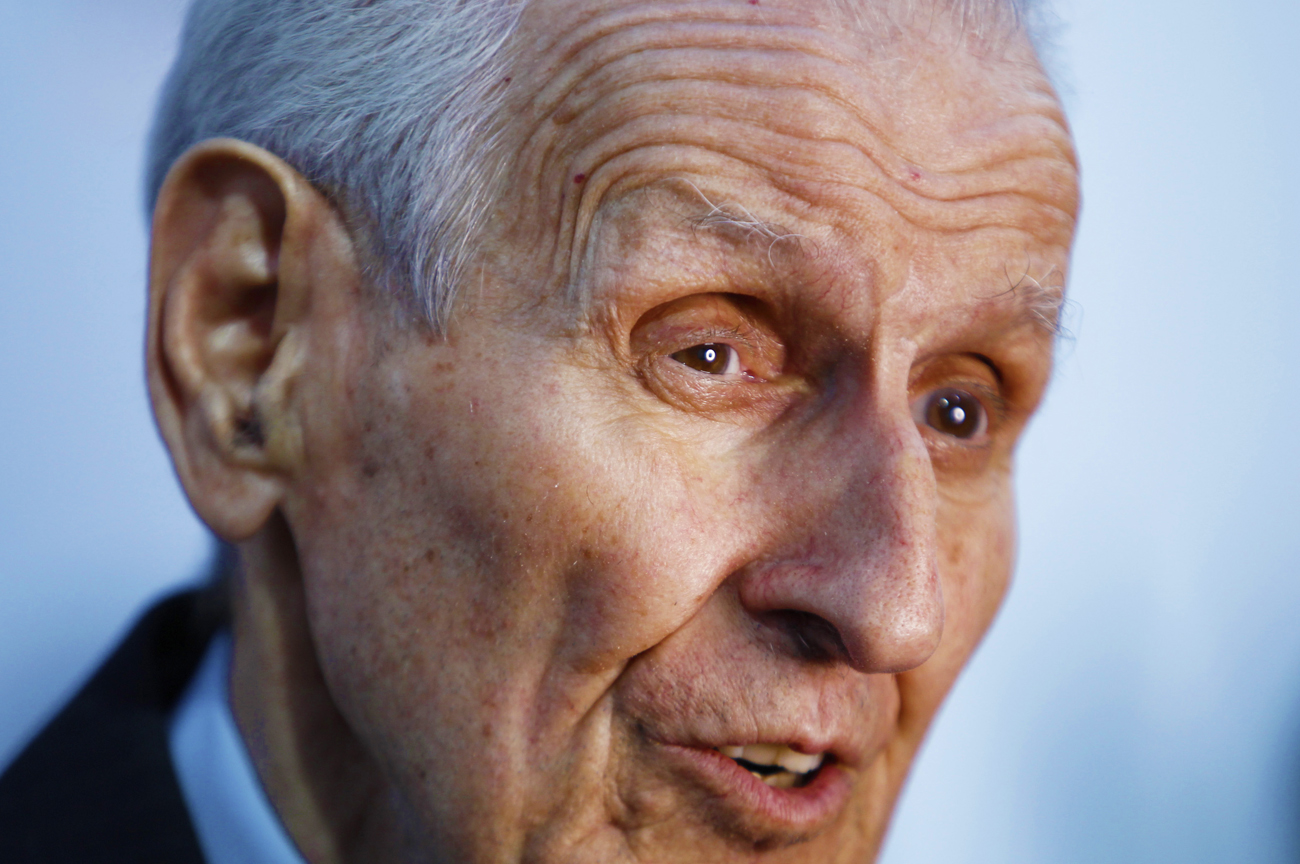 On 3 June “Dr Death” died painlessly in a hospital bed. He had devoted his life to helping terminally ill patients end their own lives. Was he the only truly caring medical professional on the planet, or a mass murderer? RICHARD POPLAK wants to know.

Memento mori means “remember you must die”. It is a venerable genre of Renaissance-era art, practiced by a wide range of painters, writers and composers. No form of memento mori was more succinct than the vanitas—the vanity—a grisly still life depiction of a skull surrounded by other symbolic markers, such as flowers and clocks. Death claims us all, insists the vanitas. It is the only truth. All the rest is earthly hubris.

It should thus come as no surprise that Dr. Jack Kevorkian, known as Dr. Death for his lengthy advocacy (and performance of) assisted suicide, tried his hand at painting a vanitas. Indeed, the late Kevorkian, who passed away last week at the age of 83 (without the help of one of his Thanatrons or death machines), was an enthusiastic painter of a sort of ersatz-Dali surrealist-meets-heavy metal album cover. His vanitas depicts a skull, impaled by a lily, resting on furled fabric, which transforms into a howling face, ala Munch’s “The Scream”. Here’s what Kevorkian had to say about the piece:

“The message here, though somewhat capricious, nebulous, and indefinable, is clearly underscored by intense feeling and brilliant colours. These highlight the melancholy age-old balance between the warmth of life and the iciness of death, spiced with the sardonic humour of irony. The disquieting mood portends inescapable doom for the frail symbol of individual life and through seemingly callous extinction of its evanescent aura. The age-old balance is certainly skewed.”

Indeed. We should be careful, however, not to read too much into Kevorkian’s artistic predilections; we are reporters, not shrinks. Yet there is something in his work—an adolescent obsession with flayed bodies and weeping Christ figures and gleaming skulls—that suggests a mind that was not fully formed. The world has been struggling for years to come to terms with Kevorkian’s legacy. Is dying a right? By which we mean: Can one solicit for and retain the services of a specialist to usher us into the Great Beyond? Or are we legally bound to see out our days—despite the severity of our condition or our wish to end our life prematurely—using every medical means necessary?

Kevorkian wormed himself into the centre of a debate that has been waging since the dawn of human consciousness. Does the polity “own” individual lives, and is it tasked with extending those lives indefinitely? Or does an individual control his life, especially with regard to when and how he chooses to terminate it? We are all dying; this has long been Kevorkian’s argument. We should be allowed to put an expiry date on our lives, and die with dignity when we choose to.

This notion flies in the face of every conventional Western argument for the sanctity of life, undermines the Judeo-Christian bulwark of our legal system and inflicts lasting damage on the biblical notion of suffering as a form of purification. Or so the good doctor’s opponents argued. Kevorkian insisted that we did not need to suffer, that we could die without shame and did not need to extend our lives using the technological trappings of a medical industry committed to longevity at any cost. Those costs are enormous—both in financial and ethical terms. But did that make Kevorkian right?

Jacob Kevorkian was born in Pontiac, Michigan, in 1928. He was a gifted student, graduating from high school with honours, and in 1952, and earned his medical degree as a pathologist from the University of Michigan Medical School in Ann Arbor. His early career was devoted to helping patients, rather than killing them, but in the 80s he wrote a string of articles for a German medical journal, all of which defined his intellectual preoccupation with euthanasia. In 1987, he advertised his services as a “death consultant” in Detroit newspapers. By 1990, he was famous as the man who helped Janet Adkins, a 54-year-old Alzheimer’s patient, end her life. He was charged with murder; those charges were dropped because Michigan had no state laws against euthanasia.

So began Kevorkian’s two-decade dalliance with extreme notoriety. He at times seemed like a mad circus barker—showing off his Thanatron on daytime TV talk shows—a gaunt agent of death which helped people die in the back of a beat up VW van. His machines were homemade, cobbled together, like something a serial killer would have created. And as far as his opponents were concerned, he was less a serial killer than a mass murderer. According to his lawyer, he helped 130 people die between 1990 and 1998. According to a Detroit newspaper, not all those people were terminal cases and several of them were not really ill at all.

The dark genius of the Thanatron, and its carbon monoxide dispensing cousin, the Mercitron, was that the coup de grace was administered by the patient: Kevorkian never pushed the “Go” button, they did. In 1998, however, he allowed “60 Minutes” to air videotape of his injecting a physically incapacitated patient with a lethal dose of sodium pentathol. This brought a conviction for second-degree murder, and he would spend the next eight years in prison. He was released on parole in 2007. And promised the parole board that he would never again help someone die.

Now, Dr. Death has passed into the realm of shadows. Doctors play God all the time; Kevorkian played the role with uncommon relish. In his final years, physically diminished, he continued to debate the ethics of extending the life of terminally ill patients, a debate that is all the more fraught for the fact that developing world populations are aging, while the cost of medical care skyrockets. Western hospitals are full of white-haired wraiths hooked up to the inverse of the Thanatron—life machines, pumping away into eternity.

These machines allow us to live longer, but they do not allow us to live better. We have come to a profound ethical crossroads, where we must ask questions that the medical profession (never mind generations of theologians and philosophers) is incapable of answering: When is life over? Is this question up to an individual to answer, or do we need to legislate a framework that marries death and dignity, and provides us with the right to die at our own hand? The question is no less a South African question than it is a British or an American one. It is terrifying in its broadness. But as the final stages of human life become increasingly mechanised, we need to confront them properly.

In this, Kevorkian was both a boon and a bust. He advanced the debate about euthanasia by thrusting it into the mainstream, by putting it on prime time. But he was too zealous and too strident, and was never able to quell the suspicion that he enjoyed his work a bit too much. That enjoyment, that gusto, is the difference between his work as a caring medical professional and a murderer. Which is he? Both, perhaps. But his paintings suggest a mind fascinated by death, and we are reminded that he has watched 130 people end their lives, snuffing out both their agony, and their vitality. We’re all terminal cases. Kevorkian believed that life should end when we say so. Death and dignity, linked by a Thanatron. Pure vanitas? Or genuine enlightenment? The older we get, the more those questions will matter. DM

Photo: Assisted suicide advocate Jack Kevorkian arrives for the premiere of the TV film “You Don’t Know Jack”, which was about his life, in New York April 14, 2010. REUTERS/Lucas Jackson