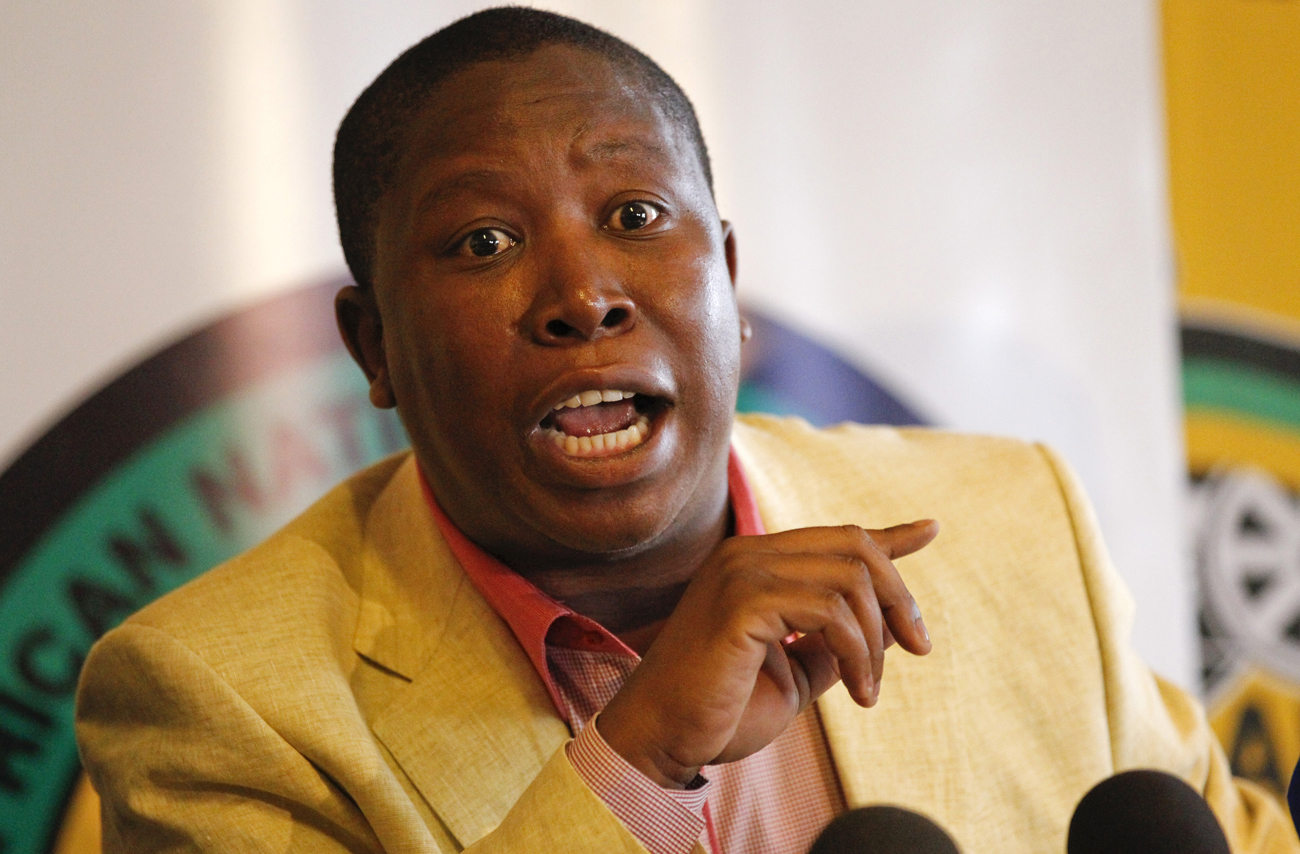 Memories in the ANC Youth League are short. So are tempers. And so, it would seem, is the political career of one Lebogang Maile, whose own province Gauteng is not backing him anymore. This means Julius Malema is not only assured of victory at the Youth League’s Conference next week, but also appears unchallengeable. And in another example of breathtakingly short memory, these days he likes Thabo Mbeki. By STEPHEN GROOTES.

It must have been a humiliating moment, almost a year ago, when Gauteng ANC Youth League chairman Thabo Kupa was reversed by his own province. He had tried to overrule them in his battle to have Gauteng Premier Nomvula Mokonyane installed as Gauteng ANC chairwoman. He even held a press conference and announced to the world that his province was backing Mokonyane. He also happened to be running her campaign at the time. A few days later, the members met and in an all-night confab, reversed the decision. A month after that, Kupa himself was gone, replaced by the man who was running Paul Mashatile’s campaign, Lebogang Maile.

Revenge is sweet, and best delivered slowly, goes the quote. But it must be all the more sweeter when you are able to engineer almost exactly the same fate for your rival. Kupa, of Malema’s closest allies, must have been a part of Malema’s efforts to hurt Maile in his most painful spot, his own province.

There are ramifications in the Gauteng Youth League’s turnabout for other people. This is not just about Malema and the League, or even the direction it’s taken recently. There are other people who have a huge interests here.  Not only did Maile run a campaign for Mashatile, he’s also the brother of Mike Maile, the man who used to run the Gauteng Shared Services Centre and one of Mashatile’s closest allies. So one presumes Mashatile would have helped in some small way over the last few days in the provincial League. Clearly to no avail. And that’s just the start. Don’t necessarily believe that people like President Jacob Zuma and Gwede Mantashe may have been playing a hugely active role in Maile’s campaign, but it would be hard for them to sit on the sidelines. After all, it’s public knowledge Malema is gunning for the pair of them.

Of course, part of this is related to Malema’s comments about Thabo Mbeki. In 2008, literally minutes after the Nicolson Judgment that led, just eight days later, to the ANC’s decision to recall Mbeki, Malema popped out of the Pietermaritzburg High Court and uttered the immortal, “Bye bye Mbeki bye bye”. Even he looked shocked by what he had said. It was a moment when the game changed, when suddenly the unthinkable had been uttered. Aloud. In front of about million microphones.

Now Malema has called him the “best-ever leader of the ANC” and said he was responsible for winning a two-thirds majority for the ANC back in the day. He claims that’s despite the fact whites didn’t like Mbeki, and thus, according to his logic, didn’t vote for the ANC then. Well he’s obviously wrong there, as one of the stronger trends over the last few years has been how minorities have left the ANC. They are really fed up with Zuma more than they were with Mbeki.

But that’s not the main point. As you have surely guessed, this is all about Malema finding another way to smack Zuma around. It’s the usual issue with ANC-speak, you can’t go directly, so you attack your opponent’s friends and praise their enemies. It’s quite cunning, because it hits Zuma in a few ways. First there’s the obvious differences between Mbeki and Zuma, their outlook, their formal education etc. Then there’s another slightly self-serving aspect. Malema is basically saying Mbeki was a strong leader, who didn’t have a headline-grabbing personal life. Zuma, of course, is the opposite.

It now seems highly unlikely that Maile will even get enough support to be officially nominated to run against Malema. Malema and Company have been talking about “dark forces” who are planning “disruptions” at the conference itself. Lucky Gallagher. But what they might be doing, and we stress “might”, are preparing for an old political trick. You get the blame in before the incident has actually happened. In other words, if you may need to keep the ace of a little disruption yourself ready to go, just in case. And you’ve already blamed the other guy. No bright person ever accused Malema of being dumb.

As this conference gets closer and closer, there are going to be those who will say Malema is getting too much airtime, too many people are writing about him; even we at the Daily Maverick may come in for some stick. But this is really about 2012, it’s really about what Malema will say after he is re-elected. Will he say “Bye bye Zuma bye bye”. Will he give us a history lesson on the good Mbeki brought and the evil Zuma wrought? Whatever happens, his victory speech is likely to be one of the most important political statements of this year. And perhaps of next year.

We are likely to remember it for some time to come. DM