V.S. Naipaul and the art of the literary insult

V.S. Naipaul and the art of the literary insult 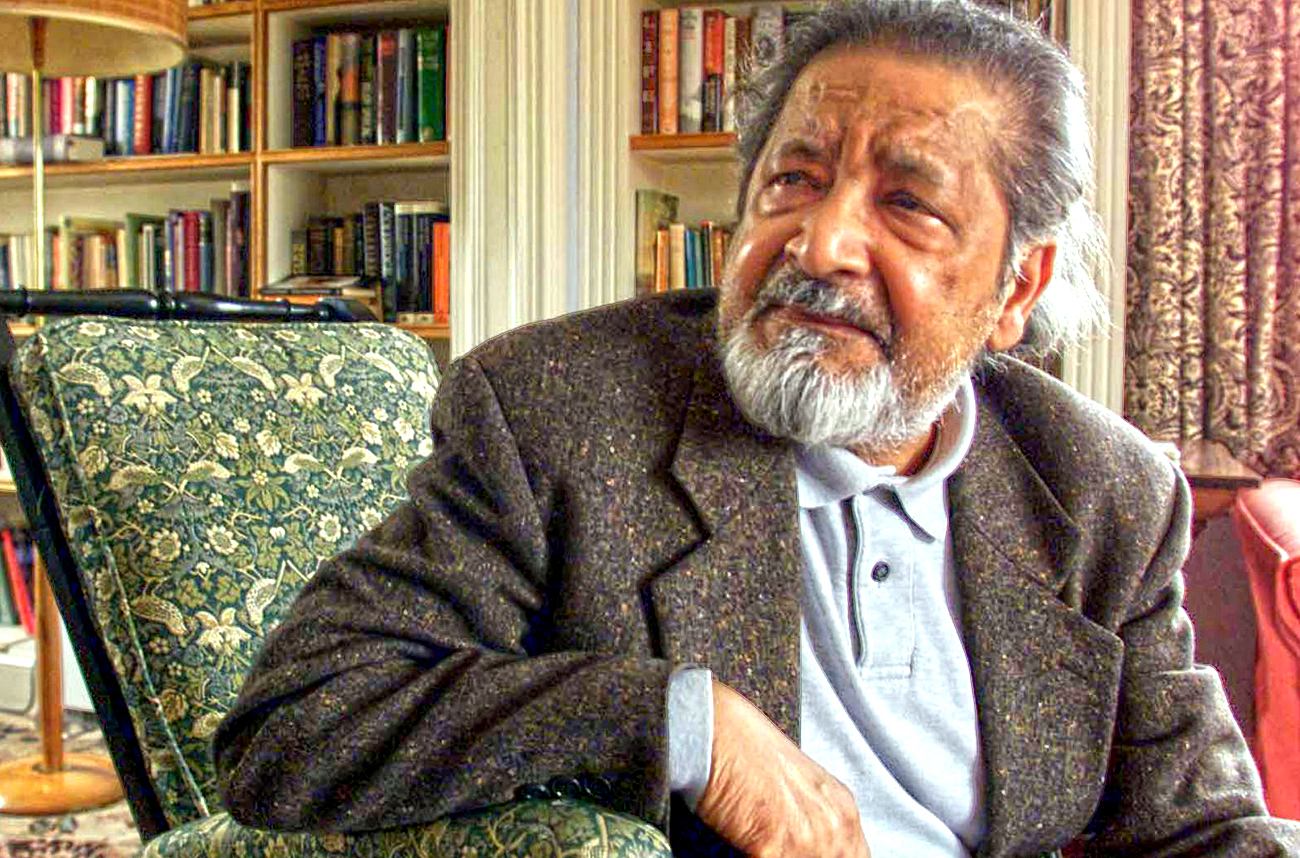 Mere days after a 15-year feud with Paul Theroux had come to an end at the Hay-on-Wye book festival in Wales, Nobel laureate V.S. Naipaul was shooting his mouth off about the inferiority of women writers – including, amongst others, Jane Austen. So what is it with Sir Vidia? By KEVIN BLOOM.

As anyone remotely interested in contemporary literary biography knows, the first chapter of Paul Theroux’s Sir Vidia’s Shadow is written as ill-disguised fiction. There’s a character called Julian Lavalle, who is really Theroux as a young man living in Kampala, and another character called U.V. Pradesh, a stand-in for the 40-year-old V.S. Naipaul, who in the book is visiting Uganda for the first time. At the opening of chapter two, despite the narrative having quickly gained traction – the hook is in equal measures Lavalle’s out-of-place American brashness, his beautiful Nigerian love interest Yomo, and his budding friendship with the brilliant and difficult older writer – Theroux drops the pretense in favour of the real thing. His justification for the decision is Naipaul himself, his erstwhile literary mentor, who once taught him that “the greatest writing is a disturbing vision offered from a position of strength,” and repeatedly warned that he should never “prettify” it.

And so the portrait offered of Naipaul in Sir Vidia’s Shadow is anything but pretty. By the end of the book, after we have learned about Naipaul’s cruelty to his first wife, about his tantrums, about his incredible hubris (he apparently believed, and used to say aloud, that he was the greatest writer in the English language), and about his overt racism and sexism, we get this passage pertaining to the 2001 winner of the Nobel Prize in Literature: “Watching Vidia scuttle up the road toward Hyde Park, I noticed something amazing. On this bright day in April, the sun slanting into Gloucester Road, Vidia was very small, and shrinking fast, and it was as if he would vanish before he reached Kensington Road – so tiny, indeed, he cast no shadow. Without a shadow he seemed even smaller than he was, and darker, as though he had no substance. As though he were the shadow.”

The abovementioned book, of course, was first published in 1998 – meaning that if Naipaul actually did shrink and lose his shadow, he was destined to grow a few inches and get it back some three years later, when the Swedish Academy saw fit to honour him with the most prestigious award in world literature. Theroux, needless to say, has never won the Nobel; while he may have written some classics (Sir Vidia’s Shadow being in many people’s estimation among them), he’s regarded first and foremost as a travel writer, a classification that arguably disqualified no less a contender than Graham Greene.

More to the point, though: Did Theroux, in his late 50s when he wrote Sir Vidia’s Shadow, suspect he had finally become the better writer? Was the book an attempt to prove he had learned all he could from the master? Could Naipaul’s eventual snubbing of him have really been about this, and not Theroux’s so-called “close” relationship with Pat Naipaul, the weak and beleaguered first wife?

If so, the Nobel would’ve been a huge kick in the teeth for the younger of the two, irrespective of the following passage, which he carefully included in the Afterword to Sir Vidia’s Shadow: “Long before publication my book began to appear in gossip columns, for the notion of a literary quarrel – or anything that looks like a quarrel – is like catnip to literary philistines and lazy intellects. In various newspapers journalists used the word ‘feud’ in connection with my book. But what feud? A thirty-year friendship ended suddenly, without a preamble. A feud is a protracted thing, with endless cut and thrust. The beauty of my book was in the abruptness and simplicity of the denouement. It was in effect a happy ending in which I was liberated to look back upon these three amazing decades, and I saw them as ‘desperate, earnest and funny’, as Conrad said of his friendship with Ford.”

Still, the weekend before last, when Naipaul finally shook hands with Theroux at the Hay-on-Wye book festival in Wales, “feud” was exactly the word that the world’s press chose to use to describe the event. On 4 June, the New York Times ran a piece entitled the “Taming of the Feud,” lamenting the passing into history of not only the Naipaul-Theroux dispute, but also the long-standing quarrels of Mario Vargas Llosa and Gabriel Garcia Marquez, Rick Moody and Dale Peck, and (due to the former’s death) Norman Mailer and Gore Vidal. The Guardian, for its part, commemorated the handshake by referring to literary feuds that are still extant: Salman Rushdie and John le Carre; Martin Amis and Tibor Fischer; Derek Walcott and (you guessed it) V.S. Naipaul.

In the last instance, the Guardian noted: “Things came to a head in 2007, when Naipaul said that ‘Walcott’s talent had been all but strangled by his colonial setting.’ Walcott responded with a poem about Naipaul, The Mongoose, which begins: ‘I have been bitten, I must avoid infection/ Or else I’ll be as dead as Naipaul’s fiction.’“

And then, not more than 72 hours after shaking Theroux’s hand, Naipaul decided to pick a fight with 50 percent of the human race. According to the Guardian, in an interview at the Royal Geographic Society last Tuesday, he slammed Jane Austen, saying he “couldn’t possibly share her sentimental ambitions, her sentimental sense of the world.” The reason, he said, was that “inevitably for a woman, she is not a complete master of a house, so that comes over in her writing too.” For good measure, Naipaul said of his former publisher, the revered nonagenarian Diana Athill: “My publisher, who was so good as a taster and editor, when she became a writer, lo and behold, it was all this feminine tosh.”

Which brings to mind another passage from the Afterword of Theroux’s famous memoir – the passage where he recalls Naipaul’s reaction to Nigeria’s Wole Soyinka winning the Nobel in 1986. “Has he written anything?” Naipaul asked Theroux, before saying that the Nobel Committee was, as usual, “pissing on literature from a great height.”

Despite his talent, this last act is something Naipaul has been doing with aplomb for the last four decades. DM

Photo: British author V.S. Naipaul at his home near Salisbury, Wiltshire, October 11, 2001 after it was announced that he has been awarded the Nobel Prize for Literature. Reuters