Ouroboros: The story of the dancer, the poet and the heart hidden in a suitcase 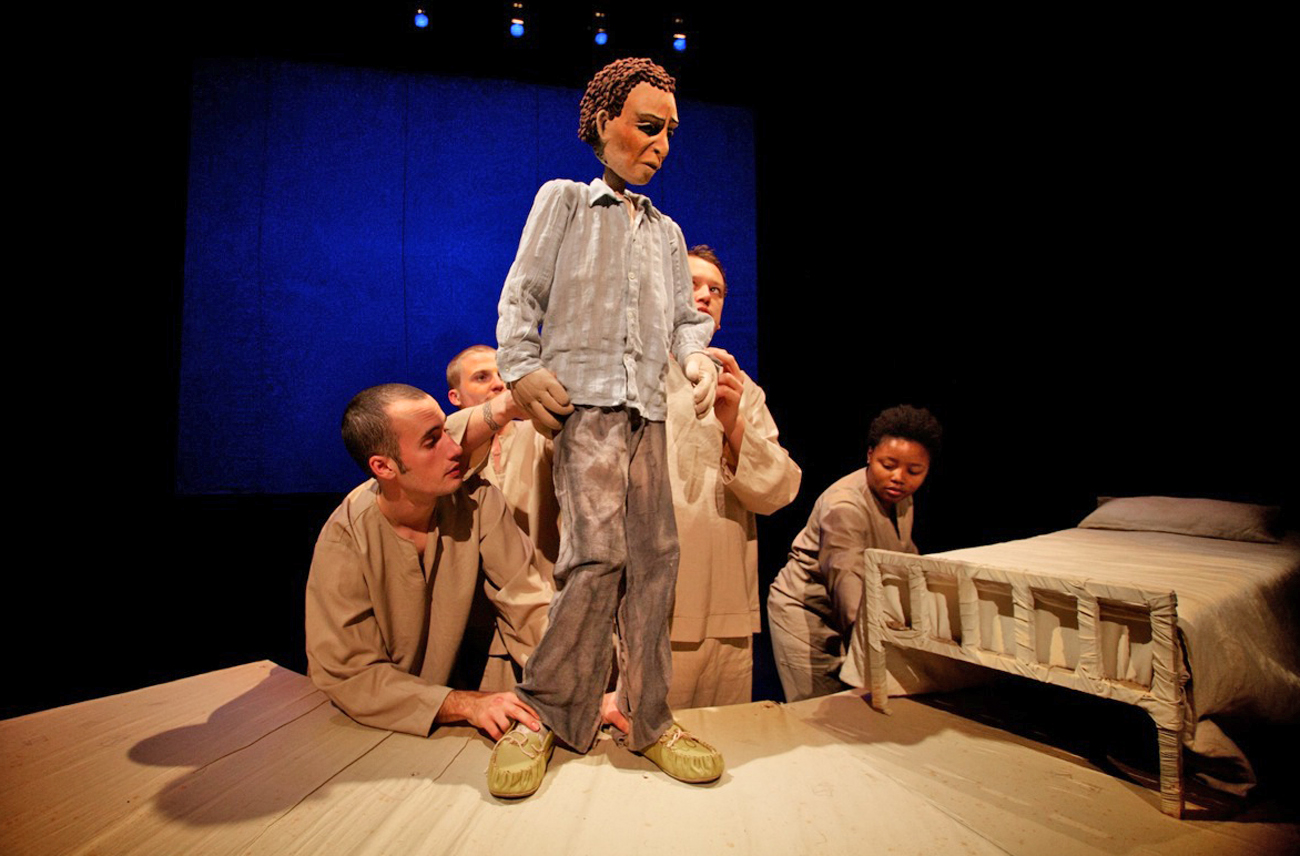 Sometimes even the seasoned theatre-goers get to be surprised, elated and dazzled by the performance less expected. EMILY GAMBADE encountered such brilliance at Cape Town's Baxter Theatre's “Ouroboros”.

Cape Town’s cultural scene is evolving, offering a rather interesting, sometimes unexpected, mix of professional and amateur performances. Surprisingly enough, under the same roof, on the same night, one might find anything from a super-production to a rather disturbingly poor performance. It is not an easy task to find out prior to a show what it will lead you to: pure euphoria or staggering disappointment. Reading what the play is about might help. Buying the programme can give you some direction. But the best way to find out is always to buy a ticket and experience it. And at the end, make up your own opinion. Because some plays, no matter how descriptive the programme is, no matter how strong the PR is that backs them up, are indescribable. They have to be seen, heard and felt. “Ouroboros” is one of those performances. It is an unconventional play, “structured across space and time, across interior and exterior landscapes. Lets the images and stories make connections and trust your own interpretation,” explains director Janni Younge. “This is the beginning. Almost anything can happen. Land, the first word of ‘Paradise Lost’ on an empty page. Think of an egg, the letter ‘A’, a woman ironing on a bare stage as the heavy curtain rises. This is the very beginning.”

The play is the love story between a poet and a dancer, based on the words of Billy Collins, a contemporary American poet. It is ultimately a ballet of puppets floating over the audience, with human hands, feet and souls holding them like precious divinities. The care and attention given to each puppet is heartening. The flow of bodies moving under each character is a silent performance, dragging the audience into a parallel world where nothing seems real and palpable.

The facial expressions of the puppets are perturbing. Your mind tells you the features are motionless yet your eyes see frowns, pouts, glowers, blinks and smiles. How does the magic happen? How can fixed faces look at you in all their glorious static paper shapes, a few meters away and express feelings to the point where you see them? The secret may lie in a “rigor in the movement and gesture” as stated by puppeteer Basil Jones, which will have the audience sense even the most imperceptible motion of the puppet. It may also rest in the combined work of director Janni Younge, the Handspring Puppet Company, puppeteers Adrian Kohler and Basil Jones, composer Neo Muyanga, light designer Mannie Manim and Mamela Nyamsa for the choreography. Plus an impeccable cast of puppeteers, carrying the play in the palms of their hands. The power of the performance lies in its ability to make one dream, let go of reasonable thinking and usual plots. It is a dive into a poetic world of words and moves, ideas and feelings thrown into the air, requiring everyone’s willing imagination. And if you do let go, if you embark, there is a good chance you will enjoy the journey. And remember it for a long time. “Ouroboros” will be remembered. DM

“Ouroboros” runs at the Baxter Theatre from 1 to 11 June with ticket prices from R60 to R130 through Computicket or any Shoprite Checkers outlets countrywide.