JC is still a Superstar

JC is still a Superstar 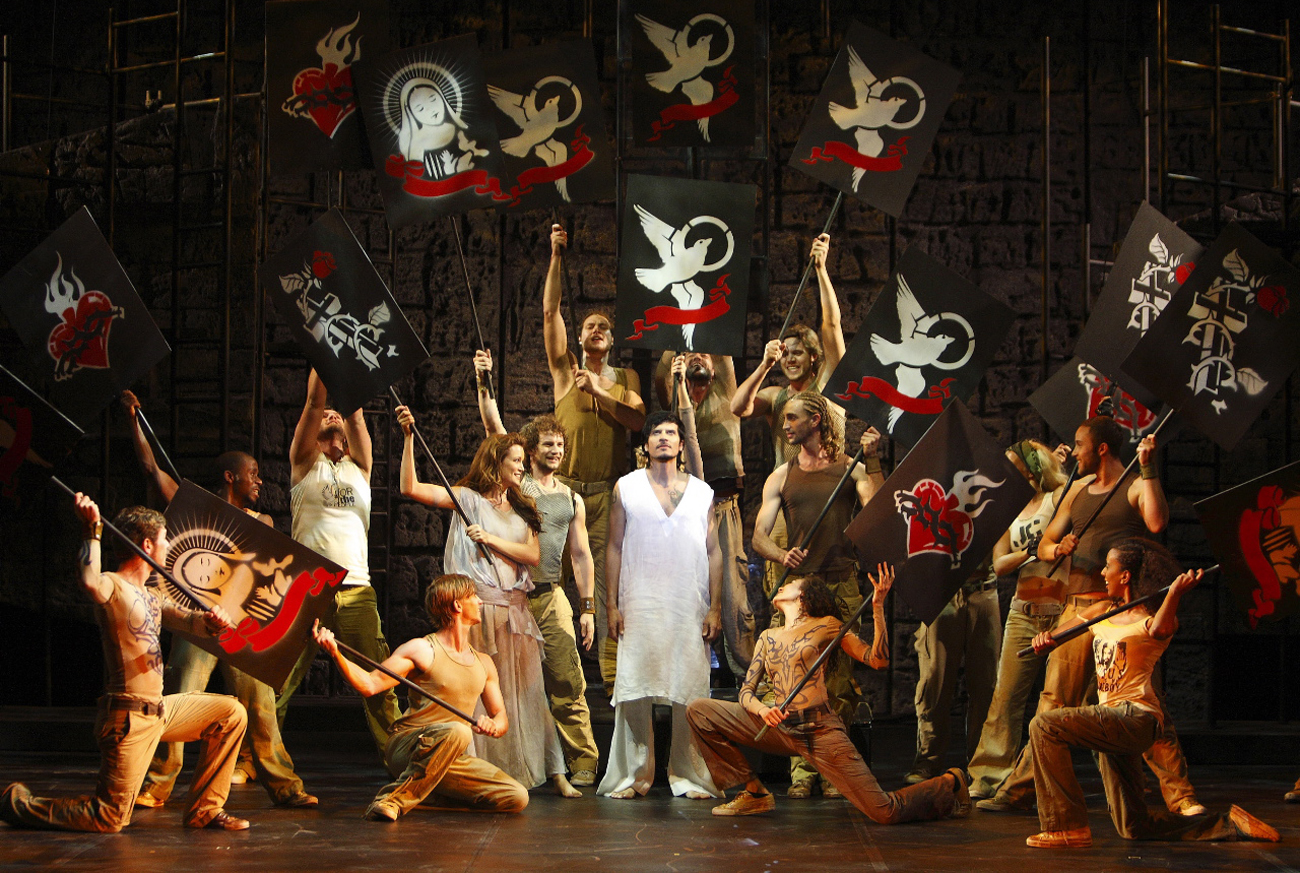 In the current attention-deficient time of here-today-gone-tomorrow Marvel Comics superheroes on screen – in 3D -  there’s something both theatrically gratifying and theologically loaded about Lloyd Webber-Rice’s masterpiece “Jesus Christ Superstar” still being as powerful, poignant and pertinent today as it was in 1971. By LESLEY STONES

Representing that on stage was originally a controversial affair, but now “Jesus Christ Superstar” has become such a classic the problem is keeping it fresh.

The musical is so old that many of the audience weren’t even born when it debuted 40 years ago. Yet it’s remained remarkably modern, spanning a variety of musical genres that still don’t feel outdated. It’s remained so powerful that as the first hectic scene of riot police versus frenzied crowd gives way to the instantly recognisable chords of “Superstar”, goosebumps crawl along your arms.

The great thing is you don’t have to be a believer to enjoy the show. In fact, that might help, because stalwart Christians may get a bit angsty to see Jesus presented very much as a man, with doubts and fears like all the rest of us.

The story is told through song alone with no narrative, and the lyrics by Tim Rice and music by Andrew Lloyd Webber do the job perfectly.  You don’t need to have read the book to know what’s going on.

Jesus, played by rock singer Cito, wears a traditional white robe that’s cleverly almost luminous against the muted costumes of his fans. Cito has a pure, power-packed voice that easily switches between volume and strength to become reflective and moving in those final doubtful moments. He’s at his best in Gethsemane, playing an exhausted, tormented Jesus facing up to his imminent death. It’s a poignant moment, carried off beautifully.

Despite being the central character, Cito isn’t the most watchable of this crew. That’s an accolade won by Jonathan Roxmouth as Judas. The story is largely told from his perspective anyway, as the disciple who believed in Jesus until he sees it “getting out of hand”. Roxmouth is brilliant. He’s a fabulous singer with a stage presence that makes you watch him  above all others even when he’s only sulking in the corner.

Yet it was Terence Bridgett who drew the most enthusiastic applause for his one solitary number, “King Herod’s Song”. Bridgett is beautifully kitsch and kinky as the king, camping it up in an amazing costume, yet still oozing menace beneath the humour. It’s a wonderful performance. Personally I’d re-write the plot to give him a bigger role, but that would be interfering with history. Afrikaans singer Nadine is also striking as Mary Magdalene, delivering the famous “I Don’t Know How to Love Him” with conviction.

The show runs through a lively mix of moods and tempos, from a salacious nightclub in Jerusalem to the crucifixion. If anything the death scene is milked for too many moments, played for maximum pathos and carried out with a mechanical cross that levitates like some macabre fairground ride.

It’s just the ending that’s a little odd. I’m hardly giving away the plot by saying I know there’s supposed to be a sequel to the crucifixion. Very astutely Rice and Lloyd Webber chose not to commit to any did-he-didn’t-he conclusion. A clever move, because you’ll be impressed by the spectacle without being offended, no matter which side of the religious spectrum you stand on. DM