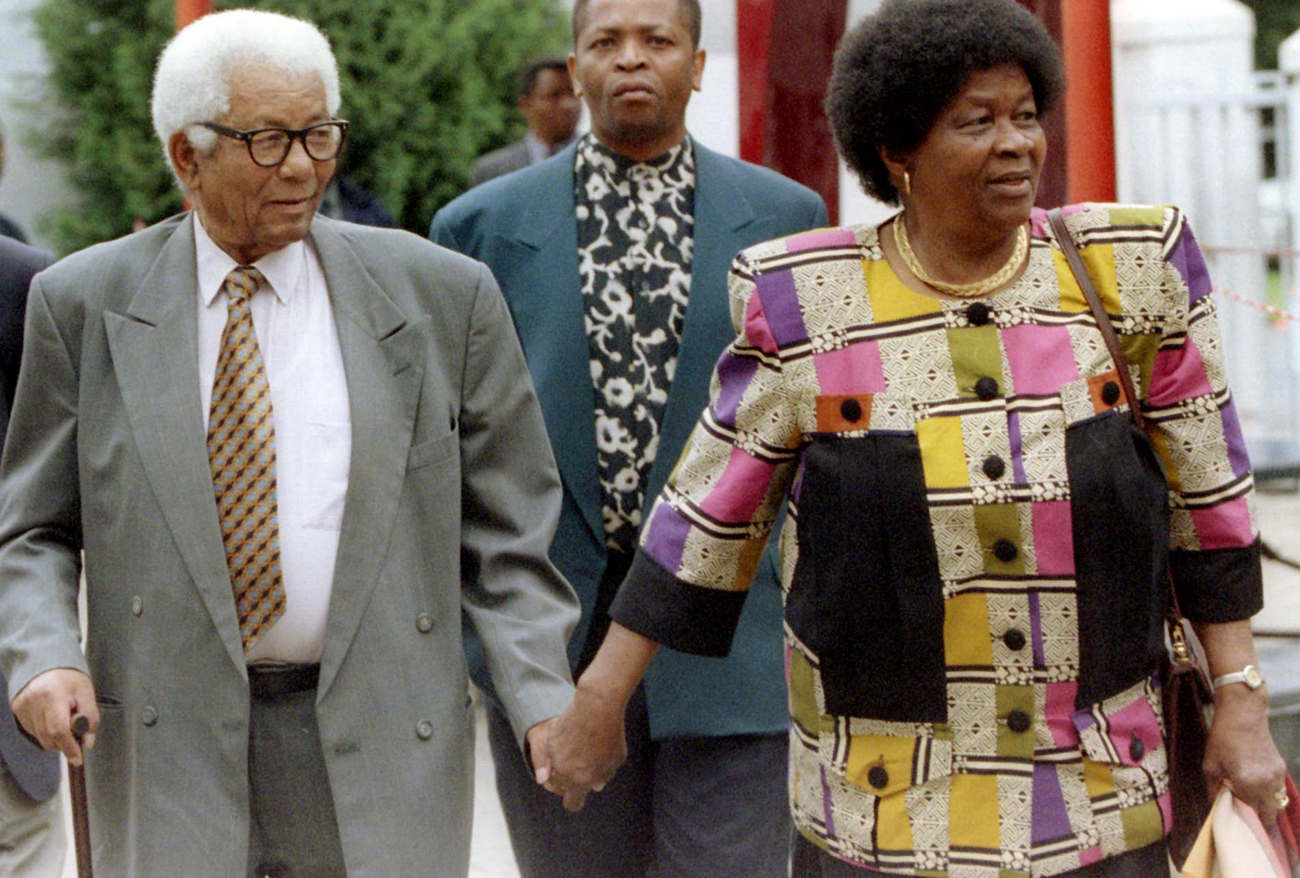 After the death of Albertina Sisulu, widow of Walter Sisulu and a struggle icon in her own right, a cascade of ANC dignitaries, family friends and notaries descended to the family home in the otherwise sleepy suburb of Linden. SIPHO HLONGWANE spoke to some of the grandchildren who were outside the family home.

The Sisulu family has avoided the media frenzy by throwing its doors wide open and let all in. Given the standoffish way the public and the media were treated by all involved when Mandela was in Milpark Hospital, the hospitality of the Sisulu family is astounding.

But that isn’t to say some measures to safeguard the family’s privacy were not taken. The streets around the home in Linden have been cordoned off, for about a block in every direction. Only certain cars are allowed in – neighbours needed passes to get to their homes. A small tent has been erected outside the yard gate at the Sisulu house itself, and this is where press conferences are held, and also where guests can get a video feed into the various ceremonies and speeches being conducted in the house.

When I arrived outside the house on Saturday night, I found a small group of Sisulu’s grandchildren standing in the street, talking to the visitors who had spilled into the street. They were happy to recount memories of their grandmother.

“I have always known my grandmother to be a mother – and grandmother – to millions of South Africans,” said Shaka Sisulu. “It may not be biological, but it was logical and my grandmother cared deeply about the people of South Africa, and worked diligently, tirelessly and selflessly for them. She nurtured and she mothered and she raised as her own children many we see as leaders today. They essentially suckled their history and learning of politics from her bosom. So it’s fitting that people should see her in that way.

“As a family we have always appreciated the role she played. It has brought us closer to our fellow South Africans. It has created that bond and that link of which we are aware, and appreciate. There is, I suppose, no greater or more fitting honour than to have your parent or grandparent revered and treated as if they were the parent or grandparent of others. That’s a wonderful way for us to see her off and to say goodbye,” said Shaka.

Duma, who was there on Thursday when his grandmother passed away, remembers her as being very strict, and he and his siblings “found that out at a young age”.

“When you broke something, you knew it was coming”, Duma said. “You could hide, it didn’t matter. At some point you have to come home so it would catch up with you. She was very neat and liked her house in a particular way.”

As children in a family that was deeply involved in the struggle against apartheid, to great personal cost, the children didn’t have a conventional upbringing. “I remember visiting our grandfather [Walter Sisulu] on Robben Island,” Pam told me. “I just couldn’t understand for the life of me why I was on the one side, and he was on the other side [of the prison bars]. That was my only question. Why was he sitting over there? It’s only when you grow up that you realise there are these certain qualities you have.”

And, of course, unlike most South African families, the Sisulu grandchildren weren’t mourning their grandmother alone. Pam said, “We don’t get to mourn our grandmother in private. Sometimes you just wish for five minutes alone with your family.”

The family wasn’t organising its own funeral either. On Sunday afternoon, the minister in the presidency Collins Chabane held a press conference at the Sisulu home in Linden to announce that the official funeral category 1 (arranged by the presidency as well as the ANC) would be taking place in Orlando Stadium, Soweto, on 11 June. Before then, there is going to be a lot of observances, spread out across the country, including condolence books “to allow people to record their thoughts on and feelings for Mama Sisulu” at the Union Buildings, Tuynhuys, and the Sisulu residences in Soweto and Linden. DM