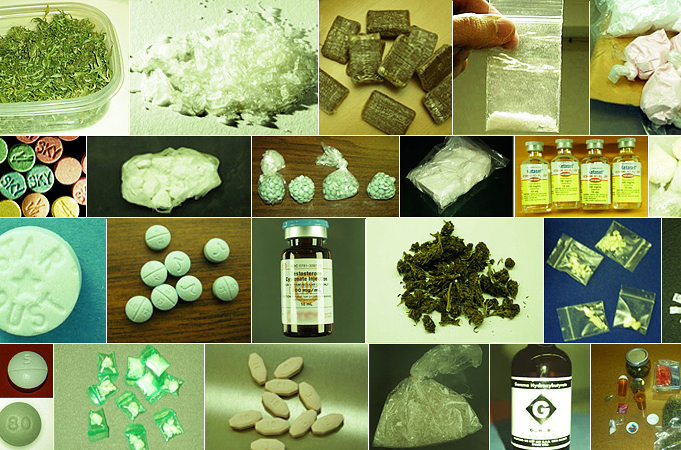 Silk Road is a website where drugs are sold online. And not the innocuous stuff, but pretty much everything your mother told you to avoid. Should you use it to spice up a party or experiment with mind-altering substances? RICHARD POPLAK weighs in.

There comes a time in the course of a party, usually when the wine is finished and only crème de menthe remains in the liquor cabinet, when someone decides to dial a number. In South Africa, that call is made to a shadowy cohort known as “The Nigie” whether or not the voice on the other end of the phone actually belongs to a Nigerian or not. After a procurement procedure that makes the slaying of Bin Laden look like a cake walk, several grams of an illicit substance are carefully tapped from a baggie onto a coffee table. This late night ritual is, however, under threat. The Nigie may soon find himself jobless, thanks to a reliable job-slaying villain—outsourcing.

A site called Silk Road, dubbed by Gawker “the Amazon of drug dealing”, offers the online availability of any and every drug your cracked-out mind could imagine. Early male chunky monkey cut cannabis seeds? Yes, sir. Several grams of Afghan hash with an MTV stamp “for rock stars”? Why, certainly. Mind-blowing starfish shaped tabs of acid? Happy tripping, dude. Think of the hashish menu in an Amsterdam coffee shop, with a further list for LSD, cocaine and designer drugs, placed online using the eBay model, and you get a sense of what Silk Road at its best (by which, of course, I mean worst) can be.

Now, I know what you’re thinking: Why put The Nigie, for all his faults, out of work for a site that sounds like a cyber hangout for CIA flacks and FBI stooges? For one thing, doing a drug deal in the parking lot of a Joburg Engen at 3:00 is not a recipe for longevity. There are the cops to consider, and drug dealers have been known to use tire irons on the heads of customers when unhappy. For another, Silk Road has a libertarian bent, and prides itself on being able to dodge the spooks.

Type “silkroad.com” into your browser, and you will get nowhere. First, you need to download the encrypted browser service TOR, a geeks-only enterprise that is nowhere near as easy to use as it sounds. If by some act of chance or skill you manage the configuration, up pops Silk Road. You will note a green logo, depicting a Lawrence of Arabia-looking fellow on a camel, alongside the ringing tagline, “Anonymous Marketplace.” The site is simultaneously old school and dizzyingly futuristic, a cyber environment as envisioned by William Gibson—everything available for anyone, at any time. (Save weapons of mass or even minor destruction; Silk Road is for anarchists who dig getting high, rather than those who dig blowing things sky-high.)

Click on “drugs,” and Tony Montana’s idea of Disneyland opens up before you. Weed, hash, dissociatives, psychedelics, ecstasy, opiates, stimulants and, tantalizingly, “other”. Depending on the day, and depending on your poison, there are any number of options available. If your intention is to start a grow-op, and one day sell your own supply on Silk Road, then by all means, buy some seeds, along with the requisite equipment, and get to work. (Just don’t tell The Nigie.) Like eBay or Amazon, a vendor is assessed by a rating system, and those with the loftiest ratings do the briskest business. What could be more fun than hitting the Check Out tab, and purchasing an e-basket of hallucinogens? Days later, a vacuum-sealed package shows up at your house, filled with pre-ordered goodies. What Silk Road looses in spontaneity, it makes up for in efficiency.

No need to pull out your credit card—at least, not until the cocaine arrives—as Silk Road accepts only Bitcoins, a form of so-called “crypto-currency”. As seductive as that neologism may sound, there are a number of things to keep in mind when busting open your virtual wallet. The system operates in a similar fashion to the hugely successful Bittorrent file-share system—a peer-to-peer arrangement where the currency is traded in what amounts to an online black market. The Bitcoin exchange rate fluctuates on a second-by-second basis, but it is currently the purest iteration of the cyber-anarchic utopianism that offers the possibility of subverting repressive statism, and buying smack or Stinger missiles online with black market doneros.

Are Bitcoins secure, you ask? Should one be purchasing A-class drugs with them, even on a hard-to-find site? The Gawker article would have us believe the transactions are untraceable, but that’s pure silliness. This from Jeff Garzik, of Bitcoin:

“With bitcoin, every transaction is written to a globally public log, and the lineage of each coin is fully traceable from transaction to transaction. Thus, /transaction flow/ is easily visible to well-known network analysis techniques, already employed in the field by FBI/NSA/CIA/etc. to detect suspicious money flows and ‘chatter’. With Gavin, bitcoin lead developer, speaking at a CIA conference this month, it is not a stretch to surmise that the CIA likely already classifies bitcoin as open-source intelligence (no pun intended).

“Further, if Silk Road truly permits deposits on their site, that makes it even easier for law enforcement to locate the ‘hub’ of transactions.

Note the chilling emoticon. In other words, Silk Road seems like one of those blips in the life of the Internet, where a glorious porthole of libertarian excess opens up for a nanosecond, and then summarily closes, burying another geek-topian dream under a heap of bits and bytes. What’s more, there’s very little stopping any enforcement agency from following the trail of a transaction, and showing up at your door with a Swat team and battering ram. That, I’m told, is a real party killer.

Perhaps the Internet will leave one sector untouched—that of the drug dealer. After all, The Nigie fulfils an ancient and venerable role procuring and selling the illicit. Through him, we subvert the rules of the state, which, like a fussy nanny, allows us to ingest this damaging drug (and be taxed for the pleasure), and forbids us that one. That said, as it stands, Silk Road offers a service that is seriously, blatantly illegal. Now that it has met the mainstream, its death sentence has been written. Our advice? Keep your dealer on speed dial. DM