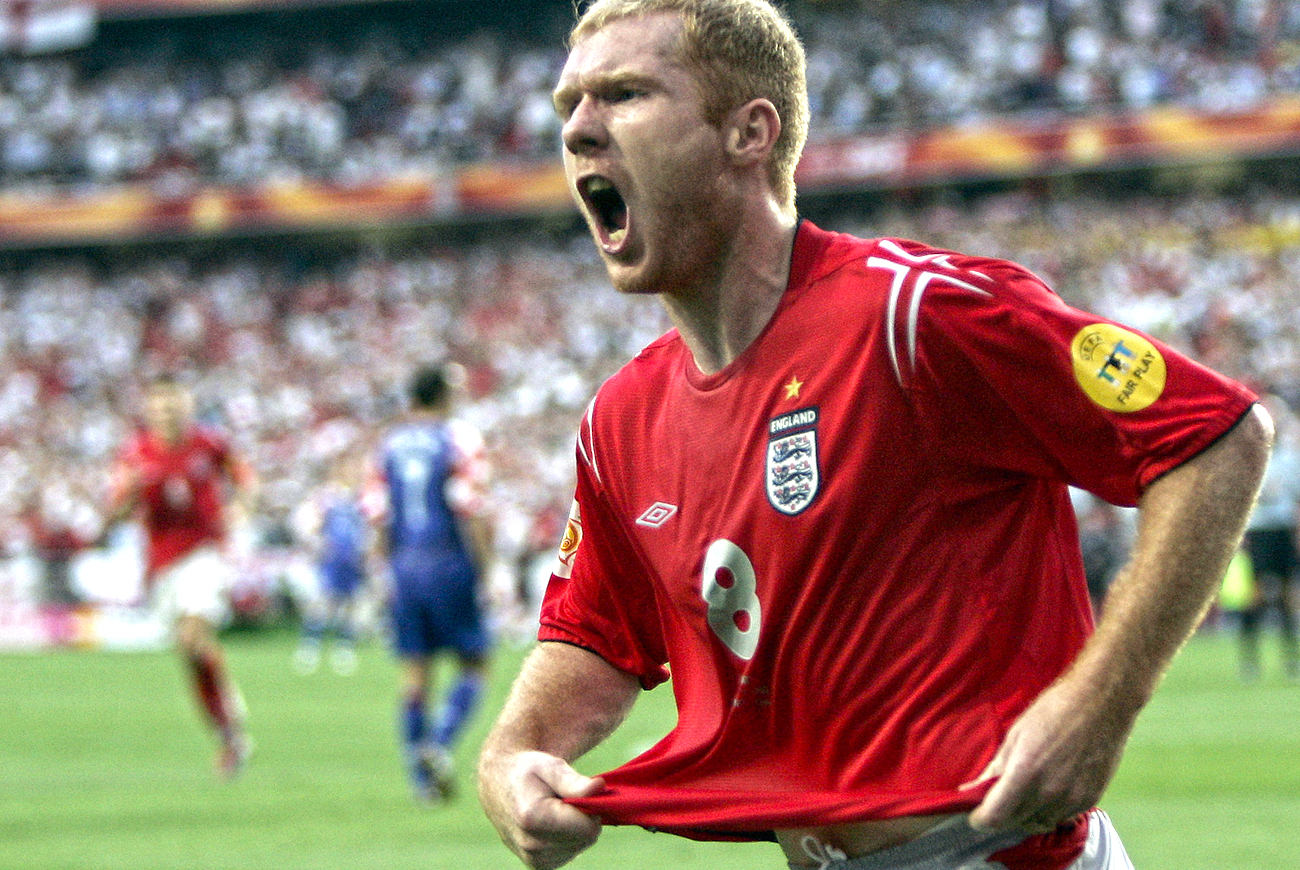 After 17 years in top-flight football, the legendary Manchester United attacking midfielder, Paul Scholes, announced his retirement at the grand old age of 36. He will be sorely missed, and not just at Old Trafford. By SIPHO HLONGWANE.

Look, I’m not a Manchester United fan. No, really, I’m not. Despite the fact that pound-for-pound, ManU is the most written-about football club in the Daily Maverick, I do hate what it stands for as a club. Even after admiring the craftiness and big bollocks of the club’s manager Sir Alex Ferguson and the genius of certain superstars who have passed through that club like Eric Cantona, the words “Manchester United” sit like cod liver oil on my tongue.

But this is football and the marvel of its superstars trumps local rivalries, no matter how bitter they may be (could you tell I’m a Gunner). And Paul Scholes is, by any measure you choose, a legend of British and world football.

The Ginger Ninja is gone. From next season on, he is joining United’s coaching staff in a yet-to-be-specified role (probably assisting Warren Joyce with the reserve team).

Commenting on Scholes’s exit, Sir Alex said, “What more can I say about Paul Scholes that I haven’t said before? We are going to miss a truly unbelievable player. Paul has always been fully committed to this club and I am delighted he will be joining the coaching staff. Paul has always been inspirational to players of all ages and we know that will continue.”
Indeed, what more can be said about Scholesy? The man himself was short in word when he made his final statement as a player. “This was not a decision I have taken lightly, but I feel now is the right time for me to stop playing,” he said.

“I am not a man of many words, but I can honestly say that playing football is all I have ever wanted to do. To have had such a long and successful career at Manchester United has been a real honour. To have been part of the team that helped the club reach a record 19th title is a great privilege.

“I would like to thank the fans for their tremendous support throughout my career, I also thank all the coaches and players I have worked with over the years. But most of all I would like to thank Sir Alex for being such a great manager. From the day I joined the club his door has always been open and I know this team will go on to win many more trophies under his leadership,” Scholes said.

Scholes was a one-club man, a rare creature in today’s world of billionaire club owners and mercenary players. Even more remarkable is that he spent his entire career at United, the world’s most famous football club and certainly one of the world’s most demanding in terms of performance.

But let’s get down to the bit that really matters. What made Scholes great? He wasn’t a glamorous player in that unctuous, Ronaldinho way. And no, it wasn’t the fact that he was the most-booked player in the history of the Champion’s League. Scholesy offended Europe’s platoon of referees even more than the Italian thug Gennaro Gattuso. You have to balance that statistic against the fact that Scholes made 129 appearances on the European stage during his 17 years as a player.

A clue to Scholesy’s greatness was the magnitude of respect he commanded from his compatriots, who knew what really counted on a football field. The former Arsenal captain Thierry Henry once said of Scholes, “Without any doubt the best player in the Premiership has to be Scholes. He knows how to do everything”. Then there was Sir Bobby Charlton, another Manchester United legend (perhaps the Manchester United legend) who said, “Paul is always so in control and pinpoint accurate with his passing—a beautiful player to watch.” Praise doesn’t get higher than that.

He was a brilliant technical player, the sort who gets on with his job quietly and doesn’t call much attention to himself. Scholes made passing look easy (at the Premiership level, it’s not), and had the ability not only to keep the ball, but to constantly work at creating problems for the opposition’s defence.

Then there were the goals. In his 676 appearances for Manchester United, he netted a total of 150 goals. That’s an astonishing average for a midfielder. My personal favourite was his screamer (so named for the reaction it produces from delirious football commentators) on 29 April 2008 against Barcelona, which dumped the Spaniards out of the Champion’s League.
If we must limit ourselves to one quality, it has to be Scholes’s refusal to let his on-field fame go to his head. It wasn’t for nought that he was known as the “Get up. Go to work. Play the game. Get showered. Go home.” player. Right until the end, Scholes was an awfully shy person in interviews, preferring to answer questions in that charmingly lower-class terse British fashion. Even as his fellow Manchester United players continue to be tainted by scandal after scandal, Scholes remains untouched.

Fondly known as Satnav, or the Ginger Ninja, or the Ginger Pele, Scholes will be missed by the football faithful. Even Liverpool and Arsenal fans. DM