Not spicy hot, more a duller shade of grey

Not spicy hot, more a duller shade of grey 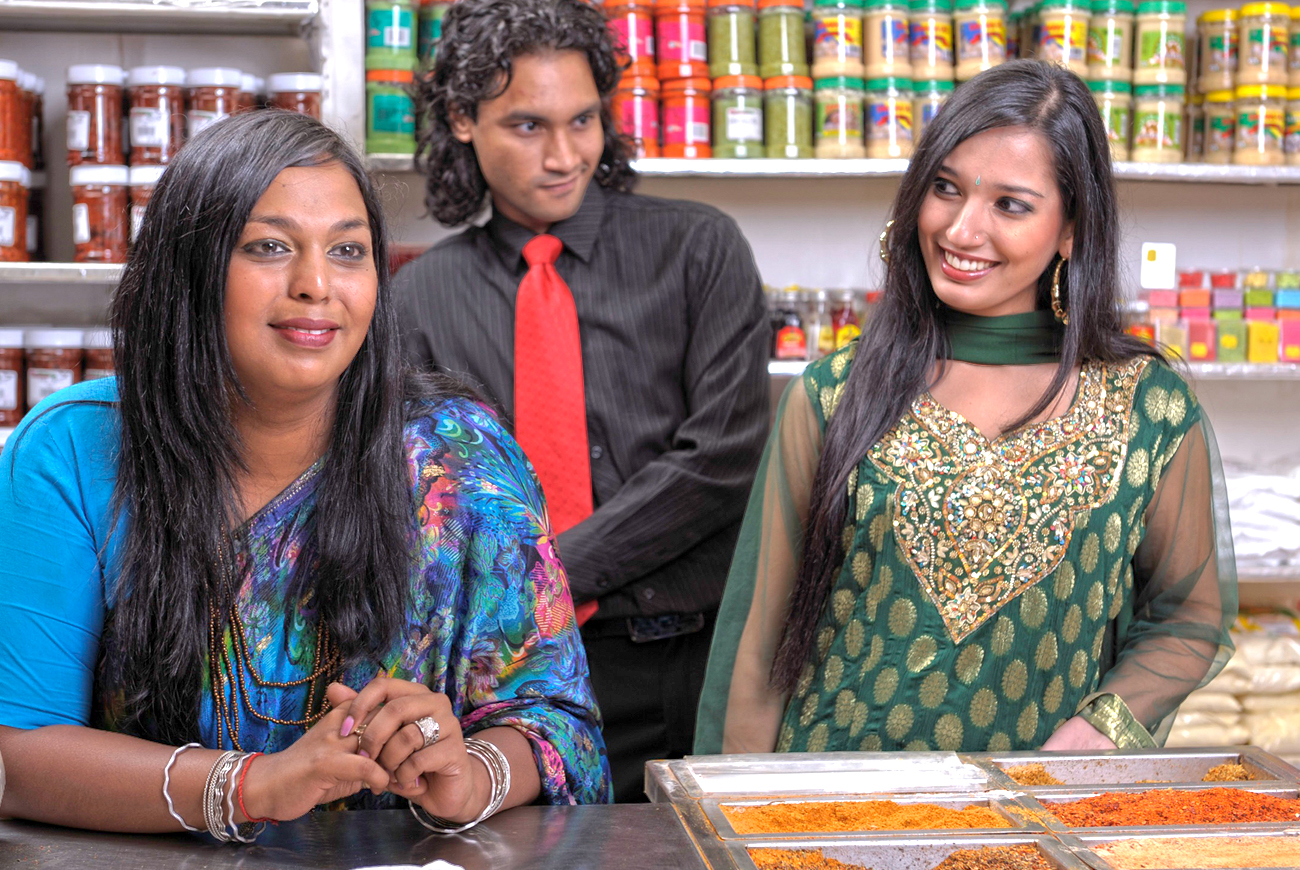 Grey Street in Durban has a terribly drab-sounding name, but in its heyday the place must have been one of the city’s most colourful hubs. That’s the setting for “Spice ’n Stuff”, a play tracking the last few vibrant days before crime, grime, racism and dwindling trade saw the small independent shops close down. By LESLEY STONES.

Why is that interesting? Well, clashes between cultures are always fertile ground for theatre, and this play by Ashwin Singh delves into a wide range of emotions and personalities.

It starts with huge promise, as characters appear against painted backdrops of a street scene behind transparent curtains that freeze their actions until they spring into vivid life. “Spice ’n Stuff” has all the makings of a good theatrical evening as Singh gives his diverse characters plenty of witty one-liners and a depth of emotion that makes them believable. Yet it’s not a rip-roaring event, largely because the tale it tells is too humdrum to generate much excitement. Examining the ordinary lives of ordinary people and making that  compelling is extraordinarily difficult, and for the most part the script is too pedestrian to really zing.

Conversely in its most heated moments the audience is left scratching its collective head when lines are delivered in fast-paced street-speak that has you struggling to work out exactly what they gabbled on about. Rapid-fire Indian accents certainly make it more authentic, but we slower-speaking northern suburbanites need a steadier pace, please.

Dhaveshan Govender is lovely as the street hawker with a dazzling patter hiding his awkward, insecure alcoholic self. We meet the exuberant, always-smiling African craftsman, (Nthando Mncube) creating carvings and beadwork. There’s the dour Pakistani trader (Ashwin Singh) convinced – and mostly right – that nobody actually likes him. The bitter old auntie (Kajal Maharaj) chastising anyone who has anything to smile about, and Vijay (Rory Booth), a handsome young trainee lawyer striving to rise above his humble background. Behind them all stands Rita (Shika Budhoo), the stalwart of the street who is stoically managing the run-down spice store she built up with her late husband. Rita has a secret that has tormented her for years, and after an encounter with a relative it all comes spilling out.

A tighter hand by director Themi Venturas is needed to even out the pace, with the flow sometimes slacking in some conversational scenes, especially when they’re describing Indian culture so the audience understands what life is like in this tight-knit, but often turbulent community.

This is a gentle tale – maybe more a mildly heart-warming korma than a fiery vindaloo. DM