Move over Shane Warne, Israel's Mark Regev is the real... 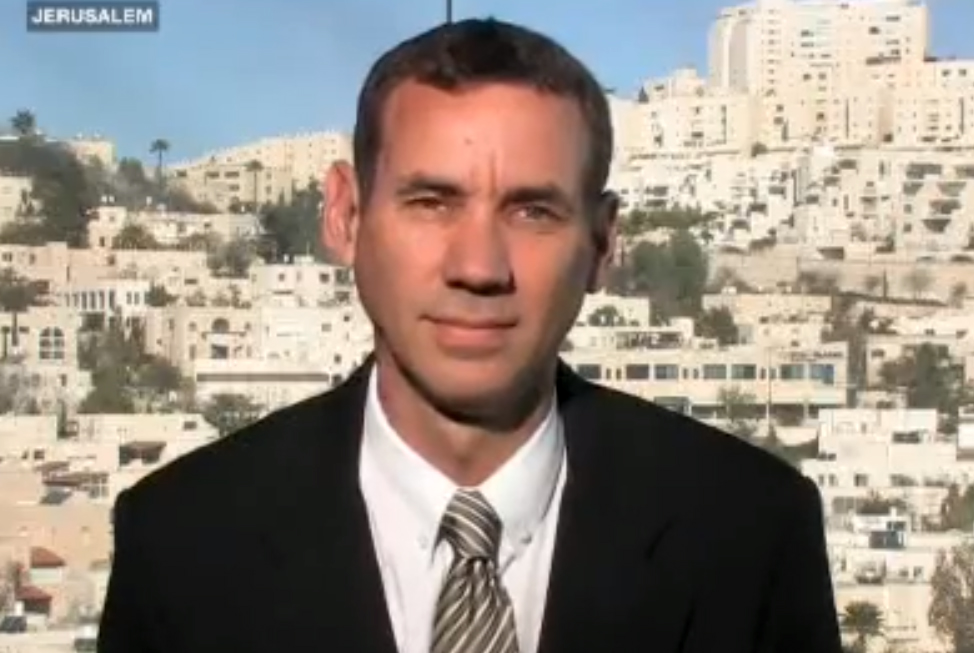 At the Daily Maverick we have an unhealthy interest in political spin. Not for us the smashing speedster who pushes out a statement and hopes no one will notice the real message hidden beneath. We're more interested in guile and thought, in thinking out the message in a way that outfoxes, rather than simply blasts the opposition. Perhaps the most politically difficult, pressurised job there is in the terrestrial spin space is that of the person who has to spin for Israel. By that eternally frustrated cricketer, STEPHEN GROOTES.

That’s not to say the Israeli spinning job is any less difficult than, say, spinning for the Palestinians. It’s just that to spin in a democracy that faces an existential threat every day is different to spinning as the underdog. So when we meet such a person, Israel’s Mark Regev, we have plenty to ask them. Picking the fact from the spin of his answers is the hard part.

Israel is a country in which communications is taken seriously. It shows. When someone who’s good at it comes along, he is given what he needs to stay on. Regev’s was a political appointment by Ehud Olmert. But when Benjamin Netanyahu took over, he asked him to stay on. It’s easy to see why. This is a man who knows all the tricks of the trade.

It turns out Mark Regev was born in Melbourne in 1960. By default then, Shane Warne, who played his last official cricket match last month, is facing tough competition for the honour of being Australias’ best.  You have to listen hard, but the lilt is still there in Regev’s sentences. He knows how to deal with a group of journalists. He picks out a few chairs, and gets everyone to sit down, he keeps his back to the war. Sorry, wall. He takes over immediately. Not for him the approach of saying very little, he has a lot to say and he knows he must speak fast, and often first.

But for him, when it comes to spin, nothing is more important than accuracy. He admits that he who speaks first controls the story, but he claims he’ll wait for quite a while to make sure of his facts. He points to an incident several months ago in which United Nations staff were hurt by shelling. He says he waited for three hours before going on air to give Israel’s side of the story. Regev knows that’s three hours in which he lost and the opposition won. But he says getting his story clear first is crucial. That clarity for him comes directly from the army. One presumes he has them on speed dial and they take his call, every time.

It’s interesting to ask whose call he takes first in a moment like that, which broadcaster is more important. Israeli networks take a back seat for him. CNN and BBC come first, Al Jazeera is in that league too. The reason he says, is that most newsrooms around the world have those networks on. Good thinking. Then the other international media, including wire services, then various national media.

When asked any difficult questions there are a couple of great fallbacks. When asked about the apartheid wall/security fence he moves the conversation to his own three children, about how he now sleeps at night because it’s there. He asks personal questions, “How would you feel if…” is a favourite. At the same time he leans forward slightly, he uses body language effectively to put you back, on the defensive. Parts of the Hamas charter trip off his tongue easily, along with the injunction for everyone to read the whole thing. The dates of the wars in which Israel attacked/defended itself/provoked come forth incredibly quickly. His case, of course, is that Israel cannot talk to people who don’t recognise its right to exist in the first place. And that any conflict it faces could be its last. Again and again you hear from his lips “existential threat”.

This leads him nicely to South Africa, and our relations with Iran. He recognises the opportunity, the gap, and he gives his spinning wrist a good rip. “I would have thought a new democracy would be very careful about its relations with a country like Iran… This is a country that monitors the Internet during the night and locks up young people before they can hold a protest.” He talks about the army there, about how it’s prepared to fire on its own people, and that that’s the difference between Iran and Libya, and, say, Egypt or Tunisia. It’s about using any opportunity he has to push his view to an audience that might change a mind somewhere.

When you are spinning, it helps to have a clear conscience. It’s easier to get that ball to move from off to leg if you feel properly justified. So Clayson Monyela has an easier time explaining government’s position on the Libyan no-fly zone than the person who has to face the music on say, a police headquarters. For Regev that is an advantage. He is also able to use the Jewish backstory/Israel birth story/creation lore any time he needs. It’s his stock delivery you might say.

It makes him comfortable enough to say that he loves his job, “when I wake up I know I will be on the news today”. There’s a typical Aussie hint of a smile in his voice as he says it. One of the secrets of Warne’s success was not just the turn he gave to his deliveries, but also the speed with which they came to the wicket. Regev is exactly the same, he never stops speaking, leaning over to say “let me finish my point”, without pausing for breath. He gives every impression of being a man on a mission. Watching him is watching a world champ. DM

Grootes is an EWN reporter currently in Israel.