Analysis: Despite Maile's challenge, Malema is still in...

Analysis: Despite Maile’s challenge, Malema is still in control 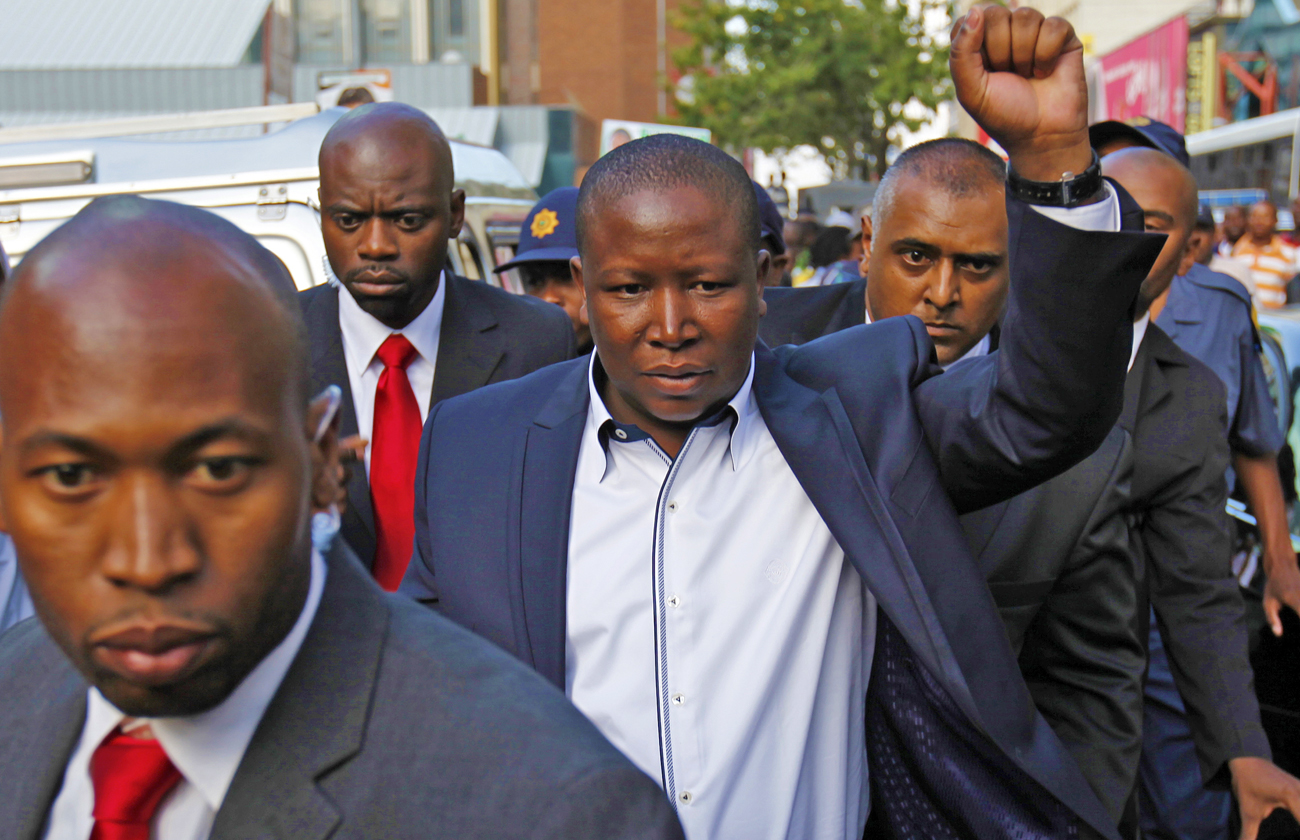 Julius Malema’s crude, but deft race-card play seems to be either setting the agenda, or reacting to it in such a way that he becomes the agenda. And while forces against him from within the Youth League may finally be getting some mass, they are still not strong enough. The importance of the battle against Malema could hardly be overstated. By STEPHEN GROOTES.

Elections always test the national fabric of a democracy. Sometimes they bring out the loonies, such as those who believe Barack Obama was born outside the US. Sometimes they force something as limited as fox hunting to the political foreground, as it was in the UK. But with South Africa, the fabric of democracy is still so fragile there is always the danger that lunacy will not be confined to eponymous lunatic fringe. In South Africa, there is a real danger that when the race card is played during a campaign, it may enter mainstream politics and become a norm. In the run-up to the local elections, our favourite young lion had two main roars, two soundbites that played well in soundbite-friendly media and cannot be ignored. The first was in Kimberley, “All whites are criminals”, the second at that rather larger FNB gathering a week later, “The DA is for whites, it is not for you”.

There was a measure of genius about both of these. For the audience at which they were aimed, there is a strong element of truth about them. In a way there’s that raw horrid cunning shared by all demagogues. The short easy-to-understand nature of the comment, the pithiness of it, and, perhaps most importantly, the appeal to history. In short, for Malema, they work. But they also test the ANC’s very commitment to non-racialism in a way even Jimmy Manyi could only dream of. And this time there is some empirical evidence to back up Malema’s enemies. Because the ANC started complaining pretty early on that it had lost the votes of minorities. Quite frankly, they had taken Malema’s advice for once, and decided yes, the DA was for them. But the ANC is hardly crying into its milk; Malema gave many more people a reason to vote for the party. Those that had given up hope on the ANC suddenly had a reason for one last cross next to its name. But there is a huge cost to the party because it has forever lost any claim to the moral high ground.

At the same time Malema is coming under more pressure from within his own dominion. He has that pesky little ANC Youth League electoral conference to fight in a couple of weeks’ time. His challenger, Lebogang Maile is playing mainly through the media at the moment, even if there is no history of this strategy working well in the ANC, ever. So Maile is maybe coming across as a little desperate. But he has a race card of his own. Can you imagine how it would play if he were able to say he was charging in on his (white) horse to save non-racialism for the ANC. (Though by now it is doubtful that it is a reversible process. – Ed)

Unfortunately for Maile, there’s a person in even greater need of that particular card. And he needs to make amends for sitting right next to where Malema was speaking when he claimed that all whites have had run-ins with the local constabulary. Yes, you got it in one. Zuma. He could do with a real boost right now, and one way to do that would be to deal with Malema in a nice politically neat fashion. And get some kudos from minorities as well.

Taking a slightly further back view from all of this and you wonder sometimes if there is in fact a battle for the soul of the ANC on the horizon. (Yes, another one.) There will be some who may want to use the election results to say mlungus have turned their backs on us, they can get stuffed. After all, all they want to do is ban our songs anyway. And besides, the ANC has always been a party that concentrates on “Africans in particular”.

Malema and company will punt this view hard. And when you look at the membership of the League that he represents you can see clearly there’s very little reason for him to give a fig for minorities.

Looking at the history of 20th century dictators you almost see some of those early indicators in him. The ability to stir controversy, the speaking manner, that short sharp sentences with the bite, the ability to think really quickly on his feet. Think Sarah Palin, driven by hatred. Think, perhaps, that other aspect they all share, the fact that thinking people, the chattering classes, all mutter wisely that “it’ll never happen, someone will stop him”.

So what then does one do to counter Malema? Firstly, you go for his base. You try to hit him where it hurts, give him something else on which to concentrate. Which is why this election he has to fight is so interesting. The other way is to simply expose him. That’s not as easy as it sounds. Firstly, it’s hard for whites to shout racist. Secondly, he is adept at turning that around and all you get is grown adults trying to shout “racist” louder than each other. Fun perhaps, but not very mature.

So this means he needs to be fought the hard way. Through long, rational, detailed argument. In a way, we need to have yet another debate about what happened during the time of the Land Act and how that defines us now. His arguments need to be proven wrong, one by one. Slowly. And then allow the natural course of politics to take care of the rest. There is a reason why Malema is so popular in Limpopo. It’s because the people there don’t have any hope. It’s about how no one there is speaking for them. None of this would be happening if indeed we were creating half-a-million jobs a year. Also, perhaps, it’s the flip side of Zuma spending so much time in KwaZulu-Natal. He’s allowed Malema to just rule the roost elsewhere.

The start of the battle for the soul of the ANC is going to begin where it always has. In the Youth League. But Maile at this stage just doesn’t look like a credible challenger. And Malema’s grip on the League’s machinery is simply too strong for any but the strongest character to win through. That means other people in the ANC need to saddle up. It’s looking like that time’s a’coming. DM