Yellowstone’s super-volcano: Never has the apocalypse looked so freakin’ explosive 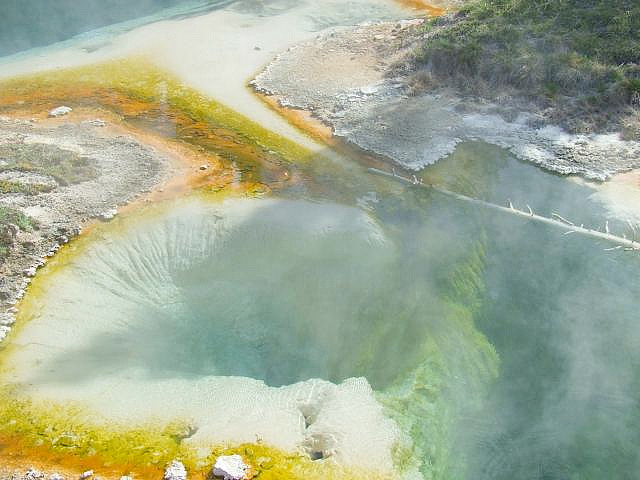 Daily Maverick readers are a hardy bunch; an unscientific straw poll has revealed that only 1.84% of our regular visitors believed the world would end on 21 May (now rescheduled for October). The numbers haven’t come in for Apocalypse 2012 yet, but we believe we can influence a slight bump up in the results, merely by publishing the following: Ladies and Gentlemen, meet the Yellowstone Caldera. And be afraid. By RICHARD POPLAK.

You have to give Icelandic volcanoes this much: They have chutzpah. They sit at the top of the world, with their unpronounceable names (even Bjork has difficulty writing them into a song), and burp up cloud after cloud of ash that somehow manages to inconvenience even COOs of small marketing companies in Johannesburg. In the realm of the greatest volcanic eruptions of all time, Grimsvotn, or its predecessor Eyjafjallajökull, don’t rate a mention. The only reason anyone outside of Iceland has heard of so random a jumble of umlauts is because the European Union nanny-like insists that airplanes will spontaneously combust when flown through their effluvium. Which, indeed, they may.

What then constitutes a mighty display of volcanic sturm und drang, worthy of Prometheus? (I’m no mythologist, nor am I a seismologist, but it seems to me that volcanoes are properly the result of a collaboration between Prometheus, god of fire, Hades, god of the underworld, and Zeus, god of thunder. Credit seems to go to the former; as ever, it’s all about owning a brand, and staying on message.) We could turn to William Manchester’s thorough biography of mighty Krakatoa, the Javan volcano that blew an island apart in 1883. “For most people, something inexplicably strange had occurred on the other side of the world,” he writes, “Something that had caused the tides to rise in Biarritz and Devonport, something that had made the evening skies all over the world burn with a lurid fire.” Unofficially, that event killed about 120,000 people; today, the death toll would be in the millions. The blast was four times as powerful as the 50megaton Tsar Bomba, tested by insane commies off the Novaya Zemlya archipelago in 1961.

Krakatoa was a species of Plinian eruption, named after Pliny the Elder, the Roman warrior/scholar and boon pal of Emperor Vespasian. Pliny was a sometime-naturalist who was killed by a combination of his own insatiable curiosity, and a lungful of volcanic fumes. He died, in the summer of 79 AD, after rowing ashore to investigate a cloud emanating from an island in the Bay of Naples. Consulting his charts, he learned that the offending spot was named Vesuvius (not to be confused with Vespasian.) As he busily calmed locals, Vesuvius exploded in a murderous rage. The resulting blast entirely destroyed the volcano – so the term “Plinian” refers to a blast that takes the volcano (and the dignitary) with it.

We have not endured anything on the scale of Krakatoa since. Sure, Katmai in Alaska in 1912 spat up about 12km³ of fiery matter (about 60% of Krakatoa’s eructation), and Pinatubo in the Philippines 20 years ago vomited up about 10km³. Mt Saint Helens legendary only barfed up 1km³ of gunk in 1981. In the scheme of things, these recent Icelandic zits barely rate a mention.

No, if we’re looking for the mother lode, we find hints of it buried in the data of the greatest volcanic explosions in the history of our planet. Naturally, these are assumptions, based on a hodgepodge of data, and they do presuppose a belief in the basics of evolution, and a firm hunch that the world is older than 5,700 years. About 130,000 centuries ago, there was a blast in Yellowstone Park, currently in the US, that conservatively rates 50 times larger than Krakatoa. Seismologists trace the origin of that blast to the Yellowstone Caldera, more ominously known as the Yellowstone super-volcano.

A caldera is a result of a magma explosion so significant that it gobbles up the surrounding earth, mountains and all. The Yellowstone version, located in Wyoming, was once a farrago of purple ranges now home to the Snake River Plain. The area is defined as a “hotspot”, which should be thought of as one of earth’s hernias, where boiling underground magma burbles angrily toward the sky. The super-volcano last exploded with ferocity 640,000 years ago; though it hasn’t exactly been dormant since. But, as evidenced by the fact that you’re reading these words, it hasn’t put on a proper show since T-Rex and company were running the joint.

What’s the worry, then? Plenty, as it turns out. Seismologists have been nervously monitoring the area for decades, charting the minute rises and falls of the Yellowstone plateau, shoved around as it is by all that boiling devil sauce. Between 2004 and 2008, it rose as much as 20cm, more than it had in so short a timeframe since 1923. Less active years were 2009 and 2010, but as we have learnt from hoary clichés, there is quiet before the storm. The seismologists disagree: “[We] see no evidence that another such cataclysmic eruption will occur at Yellowstone in the foreseeable future.” But brace yourselves for the caveat: “Recurrence intervals of these events are neither regular nor predictable.”

If the caldera blows, half the US goes with it. Airplane travel? Right now, I’m laughing at the thought of it. Disruption to international commerce? What international commerce? Death toll? Hope your phone has a good calculator. The caldera could send us back to the dark ages. When super-volcanoes blow, they change the way life is lived on Earth. Forever. Species die out. Night is day. Day is night. Nuclear winter. Apocalypse.

According to the website Armageddononline.org, the super-volcano explodes with “near clockwork” regularity every 600,000 years. (It must eat its fibre.) We’re 40,000 years overdue. “The Yellowstone super-volcano could truly be an extinction-level event,” states the site.

Think of this when you can’t make your lunch meeting in London or Brussels because of those little Icelandic smokestacks. Think of it when you tuck your kids in at night. The only thing keeping us from the end of the world is a thin crust of Yellowstone National Park. Prometheus awaits. DM