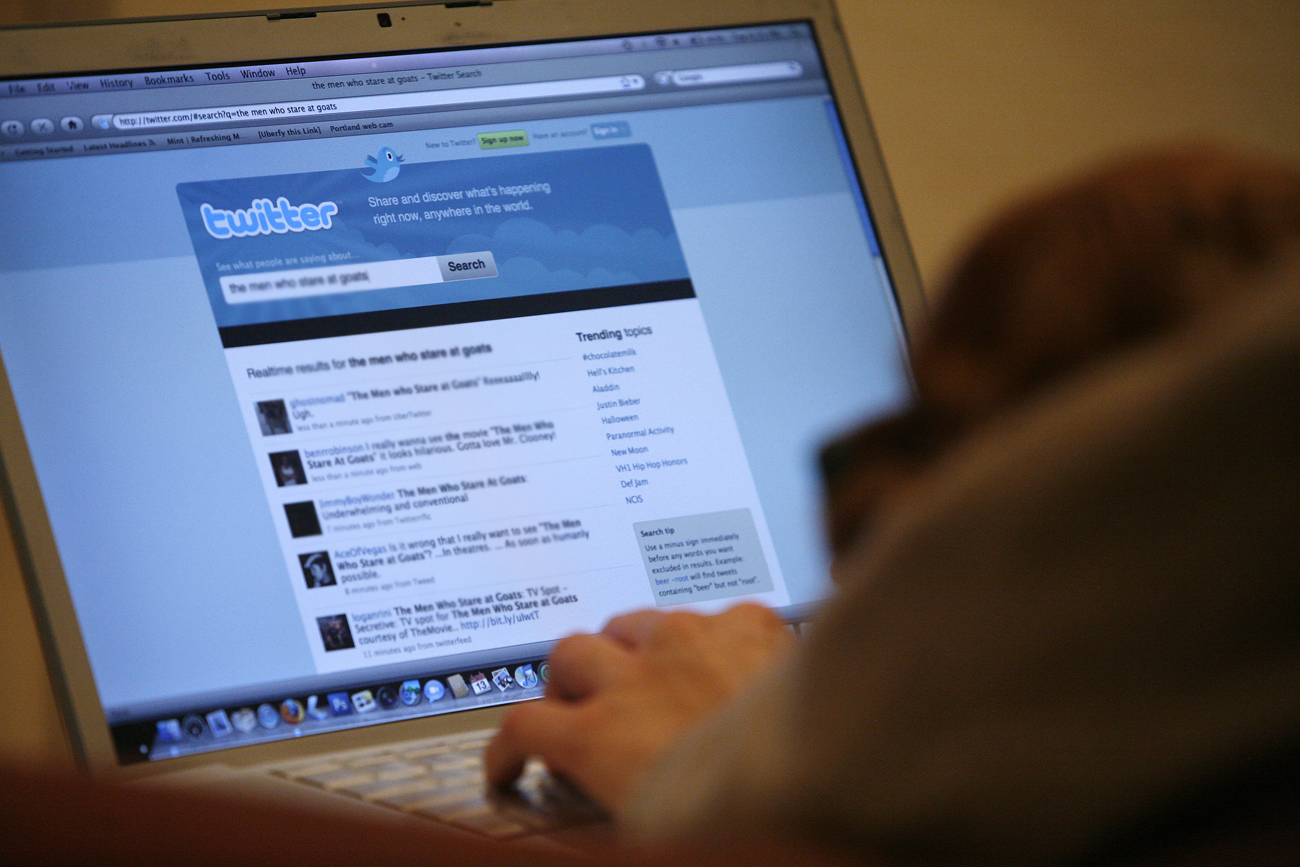 Twitter is not just about technology, it’s also about how some people have really begun to find their political voice on Twitter. Some people are using it to their great advantage. Some are not. And some will rule the country’s Twitter roost in the years to come. By @StephenGrootes.

Freedom Day 2011. The Union Buildings. Thousands of people. Election time. Add party T-shirts and you have an intriguing mix. In my radio studio things were getting, as they say, a little bit real. There was a script missing a page, a technician in heated conference with another and the sound of The Midday Report drumroll in my ears. The red light went on. Showtime. First up, live to our reporter in the middle of a massive surging loud crowd in Pretoria. Where they were booing the DA’s speaker. Except you couldn’t quite make that out because it was that loud.

But Twitter knew exactly what was going on. It was right in front of me, people at the back of the crowd, some actually on the stage itself were tweeting. Giving a running commentary, and my first question to Eyewitness News reporter Phakimil Hlubi was, “How many people are booing there?”. Suddenly, instead of a boring set-piece moment of national unity, we had a real political story.

It didn’t end there, several party spokespeople were lined up for the first 20 minutes of the show, Jackson Mthembu condemned the booing, the DA person was in another city, but @HelenZille had shown how angry she was at what had happened. The story led on all the bulletins after that, mainly because of the juice Zille had put into her 140-character comments.

That’s just one example of the real political power of Twitter. Another, if you looked closely, was on show during the early stages of the counting process at the IEC Results Centre during the local government elections. Those numbers, tricky to read, and worse to interpret were suddenly made easier by one simple tweet. It was from Ryan Coetzee, CEO of the DA. It was sharp and to the point, “The DA has won Midvaal. Where is Winnie now? Julius? Anyone” Suddenly broadcasters across the IEC floor had a story on which to hang the morning. The ANC had lost Midvaal. The IEC took a little while to make it official, but there it was.

The DA is making use of Twitter in other ways. Its main personalities are on Twitter, Lindiwe Mazibuko was tweeting about how she felt about being called a “darkie” by higher education minister Blade Nzimande. And that gave the story juice. Zille herself responded to issues quickly and in 140 characters. It also humanises the politicians. We now know it was Mazibuko’s birthday recently, and exactly what was planned for it.

This is beginning to matter because journalists have taken to Twitter like information-starved buzzards. They love it. Anything for a short sharp quote. And context in a flash. It’s become the way they get information. It was a boring Friday afternoon several months ago when @Gussilber came up with the immortal “ANC distances itself from ANC spokesperson” tweet. It was the first many had heard of Jimmy Manyi’s “over-concentration of coloureds in the Western Cape” comments. But Silber had seen the ANC statement on the party’s website, and tweeted it.

Other non-political people have spotted the gap. They’re using Twitter to make politics fun. @Garethcliff, with his 120,000-plus followers decided the State of the Nation Address could do with a little livening up. The resultant drinking game was hysterical. He probably single-handledly lowered the average age of those watching Zuma’s speech. On Twitter that night, the site’s search function for #SONA simply couldn’t keep up. (Neither could the spelling of some of the participants. – Ed)

In the national assembly itself a heated discussion was brewing between yours truly and a presidency official. I wanted to rush through the written copy of the speech and tweet the highlights, she differed in outlook, “We should give him a chance to do it in his own way”. It was a real journo view/official view clash. In good humour, but out there in the free world. Unfortunately for the official, a government  tweet popped up, with a link to the full text of the speech. Case closed, and normal service resumed. And for many (sober) people, the first draft they saw was in 140 characters or less. Without the protocol.

Some ministers are embracing this. @mgigaba is brilliant, engaging and witty. Twitter works well for him. He tweeted the names of the Transnet board as he was announcing them. Deputy science minister @DerekHanekom was watching the Julius Malema hate speech trial on Twitter, and used the service to announce when he’d be coming in to give his own testimony. And he wasn’t afraid to engage journos covering it either. It meant when he arrived many people just wanted to say hello and shake his hand, and thus give him the benefit of the doubt when he testified. He’d been humanised by Twitter.

Unfortunately, the ANC itself is lagging. One gets the very strong impression that on the Twitter events and discussions it has held, there’s been an intermediary between the official and the person actually doing to the typing. You can see its spokespeople just don’t quite get it. They’re trying, but they’re not living with it. They don’t realise how important it has become as the first shaper of South African opinion. At Daily Maverick’s The Gathering last year, Gwede Mantashe himself said his daughters were on Twitter, “and in my culture it’s a tradition that when a daughter enters a space, her father exits it to save himself embarrassment”. He’s also wished the person whose appropriated his name the best of luck. On one level it’s not entirely wrong for the ANC to be more wary, it has more to lose and more people who could be pissed off by a badly thought out and badly worded tweet. But it needs to monitor Twitter properly. And not outsource it, their leaders need to do it themselves. Urgently, because there are times when a story has literally moved too fast for it to respond.

And then we have the ANC Youth League. We’ve said this before, but we are going to say it again because we really do believe it. They are going to own Twitter. In the end, it’s going to be theirs. Hundreds of thousands of young people. Smart phones. Virtually free communication. Hello! Macfly! They will own it. They just need to get their ducks in a row. Someone in the League is trying. But Julius Malema and Floyd Shivambu haven’t quite got it yet. Twitter is easy to make theirs, to make fully African. It will be a communication channel that will allow them to engage with all their supporters and members. The political debates will be fantastic, in shorter form than Marx perhaps, but literate nonetheless. It will be the best way to get a sense of the ebb and flow of opinion, or how “facts” become facts and how they can be rebutted.

The other point about Twitter that governing parties around the world haven’t quite realised, is that it can be a great way to get out information you don’t want interrogated. In other words, if you’re in a difficult position and there are hundreds of phone calls for comment, just put out one line of comment an hour. The broadcast news organisations will be kept busy, you’ll own the news cycle and you won’t have to answer a single question. Really, spin isn’t hard people, just use it. Sure, some people will get irritated, but they will still have to read what you say. Imagine if Jimmy Manyi (who’s on Twitter, but hasn’t actually tweeted) was in a hole over his comments. A simple “Sorry” on Twitter from an account everybody knew to be his would have ended it then and there. Without him having to ever actually face questions (at least for 24 hours or until the next press conference). Mark our words, once media spin doctors get this, they are going to use it big time.

Twitter has become a force to be reckoned with in our political sphere. It is what sets the tone for much of the coverage that follows. It will inevitably be taken over by something else one day. But those who master it will now have a huge advantage over those who don’t. And in politics, sometimes that’s all that matters. DM