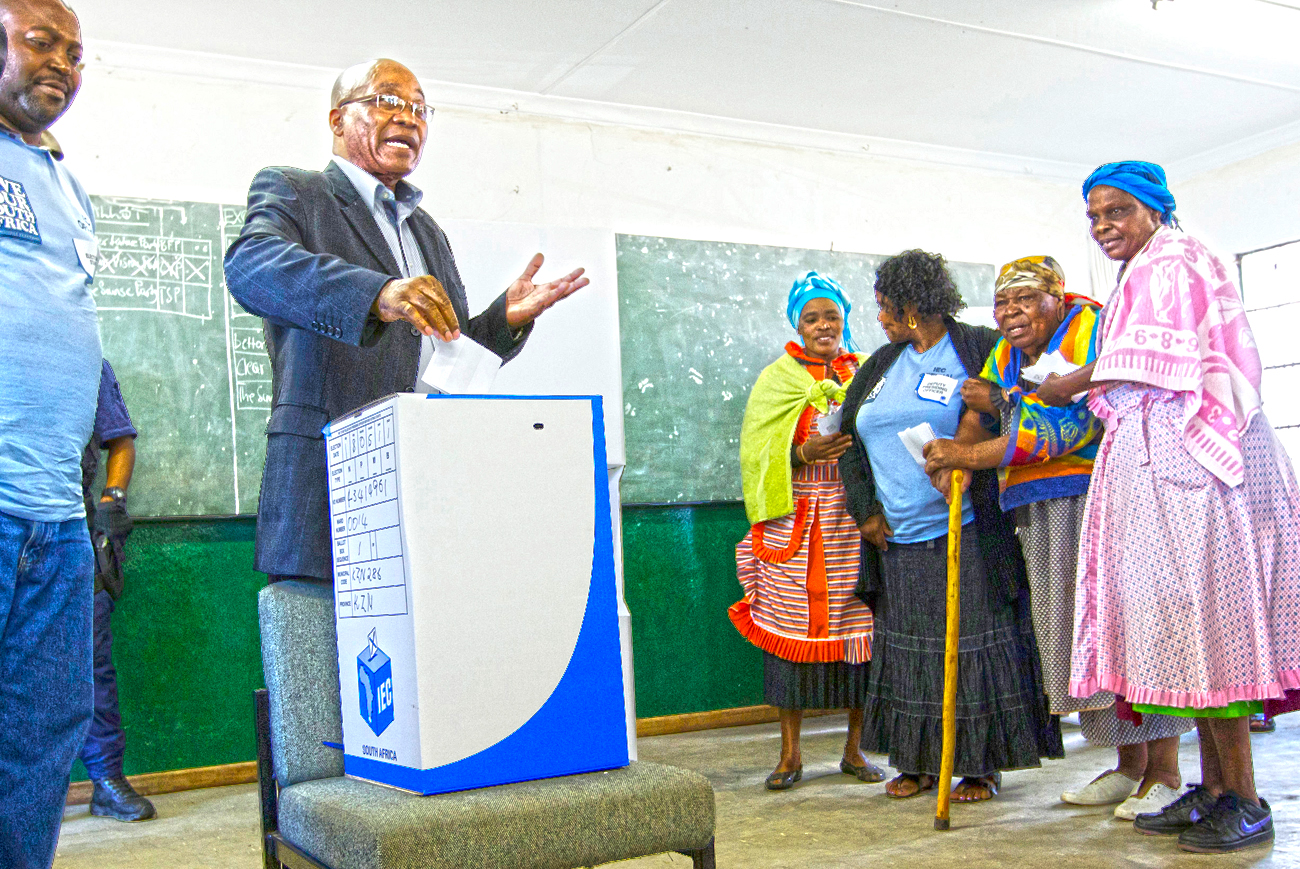 No matter which way the rival political parties try to spin the results of the 2011 local government elections, democracy seems to have come out the winner. And that can only be great news for the future. By Citydex's PAUL BERKOWITZ.

Now that most of the results are in, the political parties, big and small, are all trying to put their spin on the results. The ANC claims the DA hasn’t eaten into its constituency and that it has rather swallowed up any leftover small parties (and their “unenlightened” supporters). The DA claims to have made significant inroads into black South Africans’ hearts. The FF+ says we’ve come full circle since 2000 and there’s only been a reshuffling of the deckchairs. The Dagga Party was unavailable for comment at the time of filing this story.

Well, we’ve tried to crunch the numbers. We’ve looked at the voting results for 2000, 2006 and 2011 in the eight metros and the 19 secondary cities. Altogether they represent about 50%-55% of all households and population, even though they make up less than 10% of all municipalities.

Before we reveal what’s behind the curtain, let’s get the disclaimers out of the way.  Firstly, the trends we think we’ve identified are for the big and medium areas;  the urban and urbanising areas; the areas of the middle-class, and also the informal settlements. The ANC still claims to have a hold on SA’s heartland areas and it’s largely correct. But our 27 municipalities are growing at a faster rate than anywhere else. One day they might constitute 60% of the population, and we think that makes them very important.

Secondly, the 2011 numbers are not all in. They’re lagging in the very areas we’re commenting on. Enough of them are in for us to call general trends. (If we’re wrong, we’ll always claim that we didn’t have all the info at the time of writing.)

On with the analysis: Firstly, and most importantly, what is striking is the fantastic turnout in our 27 municipalities. The very strong turnout of voters caught everyone by surprise, and we are glad to be wrong about how important voting was to people in these areas. The DA and ANC campaigned harder for this municipal election than maybe for any other, and it shows in the numbers. For example, Nelson Mandela Bay saw voting numbers up 30% on 2006, Ekurhuleni was up by 50% and Johannesburg was up by an incredible 57%.

This leads straight into the second point, that both the DA and ANC grew support strongly in certain areas by attracting new voters, not by taking from other parties. The DA definitely ate up Cope and FF+ support in certain areas, but this is a small part of the story. In Matjhabeng, (Welkom) DA support grew by 67%. In Ekurhuleni, 76% more voters chose the DA. And in Nelson Mandela Bay, DA support more than doubled, growing an incredible 113%.

In Gauteng, if the ANC hadn’t grown votes by 51% in Ekurhuleni and 48% in Joburg, the DA would have taken an even bigger share of the vote. In Joburg the DA support increased by 101%. The ANC’s campaign was smaller than the DA’s and that is part of the reason why the DA’s voting numbers outgrew the ANC’s by so much.

In addition, spoiled ballots generally ranged from 1.0% to 1.5% of all votes cast in these municipalities. That’s pretty much in line with historical percentages. Unhappiness with the pace of service delivery may or may not be widespread in these municipalities, but there is even broader support for the democratic process.

The story of ANC votes falling to the DA isn’t borne out by these numbers. Neither is the story of misguided whites, coloureds and Indians boosting the DA’s vote at the polls. The overall story is one of voters who were touched by election fever, felt they could make a difference and came out in their numbers to make a political statement. Over the next week or so you will see the ANC and DA try to spin this election story in different ways.

The one organisation that really has the right to crow about the results is the IEC. As they say in the sportscaster cliché classics: Democracy was the winner on the day. DM