Analysis: 2011 election results and the meaning of it a...

Analysis: 2011 election results and the meaning of it all 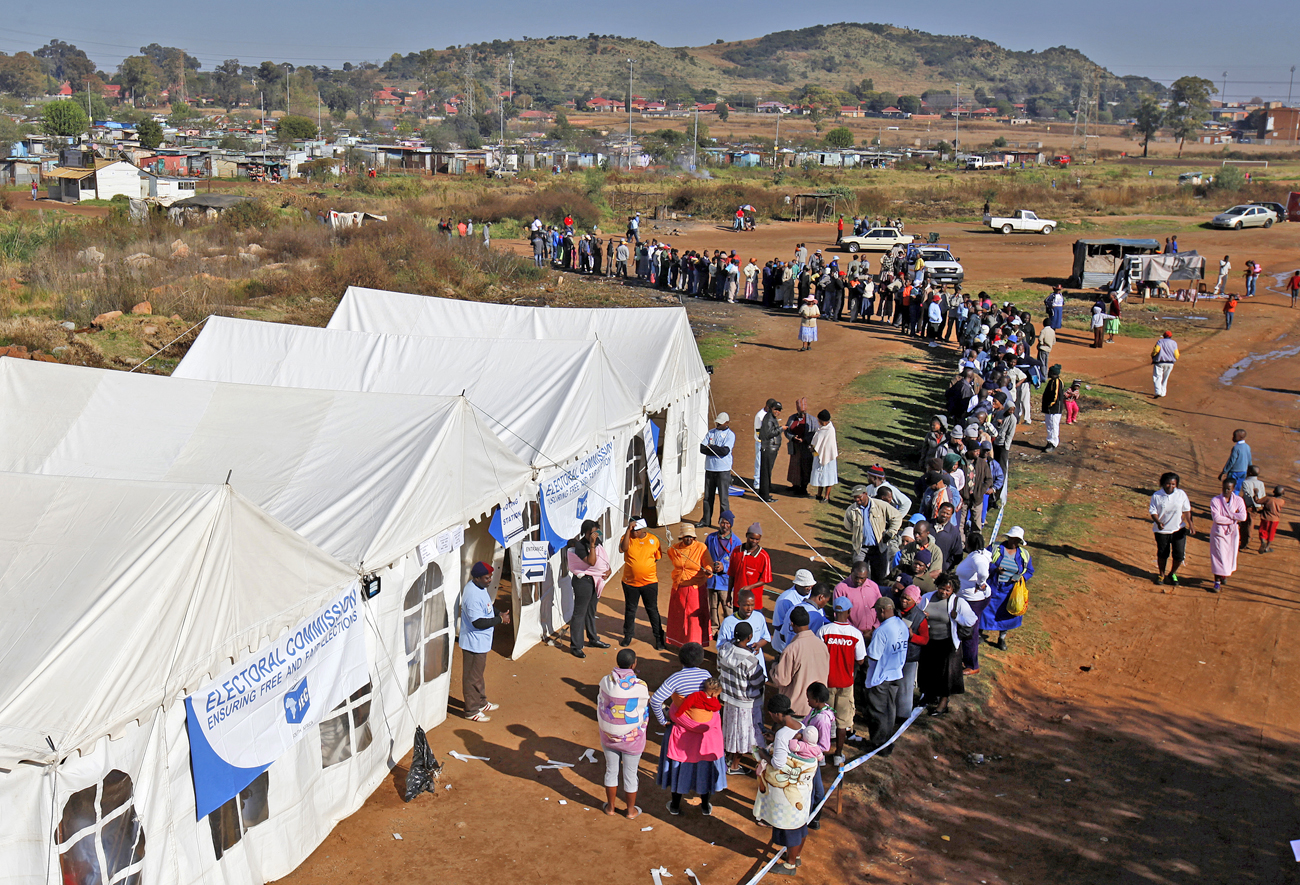 As the numbers still come in, a message is beginning to emerge. It’s not exactly loud and clear yet, it could still shift slightly as final results return, but it is a message the ANC needs to heed carefully. By a politically intoxicated STEPHEN GROOTES.

It’s a heady time for politics addicts. An election results centre is always going to be slightly intoxicating. It’s hugely tempting to jump straight into things, to form what turn out to be short-lived unions, to even swap ideas with people you normally wouldn’t touch with a barge pole.

South African politics is following a slightly Zimbabwean pattern. Don’t be alarmed, it’s just one of those laws of politics that happens. It’s that in South Africa, as in Zimbabwe before, the more rural areas are staying loyal to the liberation party for longer. The urban, denser areas, are first to be shifting to the DA. There are several reasons for this. The one is the poorer you are or the more you suffered under apartheid, the longer you are likely to remain loyal to the party that freed you. It’s also a function of your daily life. You make decisions based on the information available to your community. You speak to people who live around you, and that’s where the local ANC branch plays a bigger role. It’s about what’s really happening on the ground; about equating the ANC with government itself.

So, if the urban areas shift first, what next?

The first big question that needs to be asked is: Has the DA, and Helen Zille, managed to shift the debate from “liberation” and “history” to “service delivery”? It’s not just up to her, it’s also about the “post-colonial experience”. More and more people don’t see apartheid as the defining experience of their lives, and so they don’t vote accordingly. It’s also because these results tell us, that so far, those who’ve voted once for the DA, vote for them again. They like life under the DA. It’s also about the total incompetence of the ANC in opposition, but that’s a comedy for another time. The fact the DA has tightened its grip on Western Cape means it feels safe there, and can concentrate on other areas. It now has a launch pad. And that could matter.

The converse is true for the ANC. In the Nelson Mandela Bay Municipality (Port Elizabeth), for example, Cope was largely responsible for the ANC’s loss of support in 2009. Those voters have not gone back to the ANC, rather they’ve either just stopped voting, or plumped for the DA.

So if it is about service delivery, what does that mean for the ANC in general and President Jacob Zuma in particular?

First off, it increases the pressure on the ANC in several ways. It now can’t continue to make such mistakes in governance. Contracts can’t continue to be handled so badly. It will not be able to continue wasting our money. It will finally have to acknowledge that the word “infrastructure” actually exists. Which can’t be bad.

But more interestingly, it now has to develop its capability to improve service delivery. This should be easy, it has experience in government. The fact is, it won’t be easy. For this to work, the ANC has to be able to make hard and fast policy decisions. The structure of the party works against this. There’s just no way.

For a start, its national executive committee is made up of a massive 80 people. That’s insane. It’s a sure way to design a five-humped camel. Its “streamlined” version, the national working committee has 20, give or take. That’s hardly going to work either. In the DA at the moment, we get the impression big decisions are made by three people. It shows. But the other problem is that no matter who is leading the ANC, they have too many factions to buy off and too many debts to pay. And when it comes to hard policy, making decisions that won’t piss anyone off and make you long-term enemies is hard. Particularly when the party is not nearly as disciplined as it used to be. The temptation to just take on any leader who pushes through an unpopular, albeit necessary policy decision will be huge. Look at what’s happened to Zuma’s plans to stop political officer bearers working for councils. He proposed it simply so the ANC could actually run a council, and Samwu is playing hardball over it. Now he’s dithering over whether to sign it at all. The message from the electorate in this election is that he must sign it and hang the political cost to himself.

Then there’s the issue of deployment. It’s not working. It’s making governance tougher for the ANC. But it’s too effective a patronage machine for any leader to stop. Which means more chaos, more Transnet, more SABC over time. The electorate clearly doesn’t want it to continue that way either.

Then we have the Malema factor. This is a conundrum for the ANC. The defining moment of the entire campaign was his soundbite at the FNB Stadium Rally last week, “The DA is for whites, it is not for you”. That made sure mlungus voted. But he was also the most popular leader there by a country mile, if the cheers were any judge. So Zuma, or anyone else, can’t take action against someone like Malema. And he’ll use any move by Zuma and Mantashe to implement policy decisions against them.

There is a bigger question to ask here. The ANC has stuck together through the incredible glue of power. That power is still massive, don’t make any mistake about that. But if that power wanes, at all, how strong is that glue? Does it weaken at the same pace as the ANC, in which case it hasn’t really lost any adhesion. Or does it weaken more quickly. If so, is it an unravelling or a slower harder process? These are hard questions to which, quite frankly, the answer is not known yet. But very clever people will be working within the ANC to find solutions.

There is a shorter-term prediction we feel we can make. Sicelo Shiceka is a political goner. Zuma is going to have to make this look like someone else’s fault, and he’ll be the fall guy. Someone has to pay the price and Zuma will not. But as always in our politics, predicting even the medium-term future is a mug’s game. But then again, it is intoxicating. DM

Photo: People queue to cast their votes during the South African municipal elections in Soweto May 18, 2011. REUTERS/Siphiwe Sibeko