Somaliland: The little nation that could

Somaliland: The little nation that could 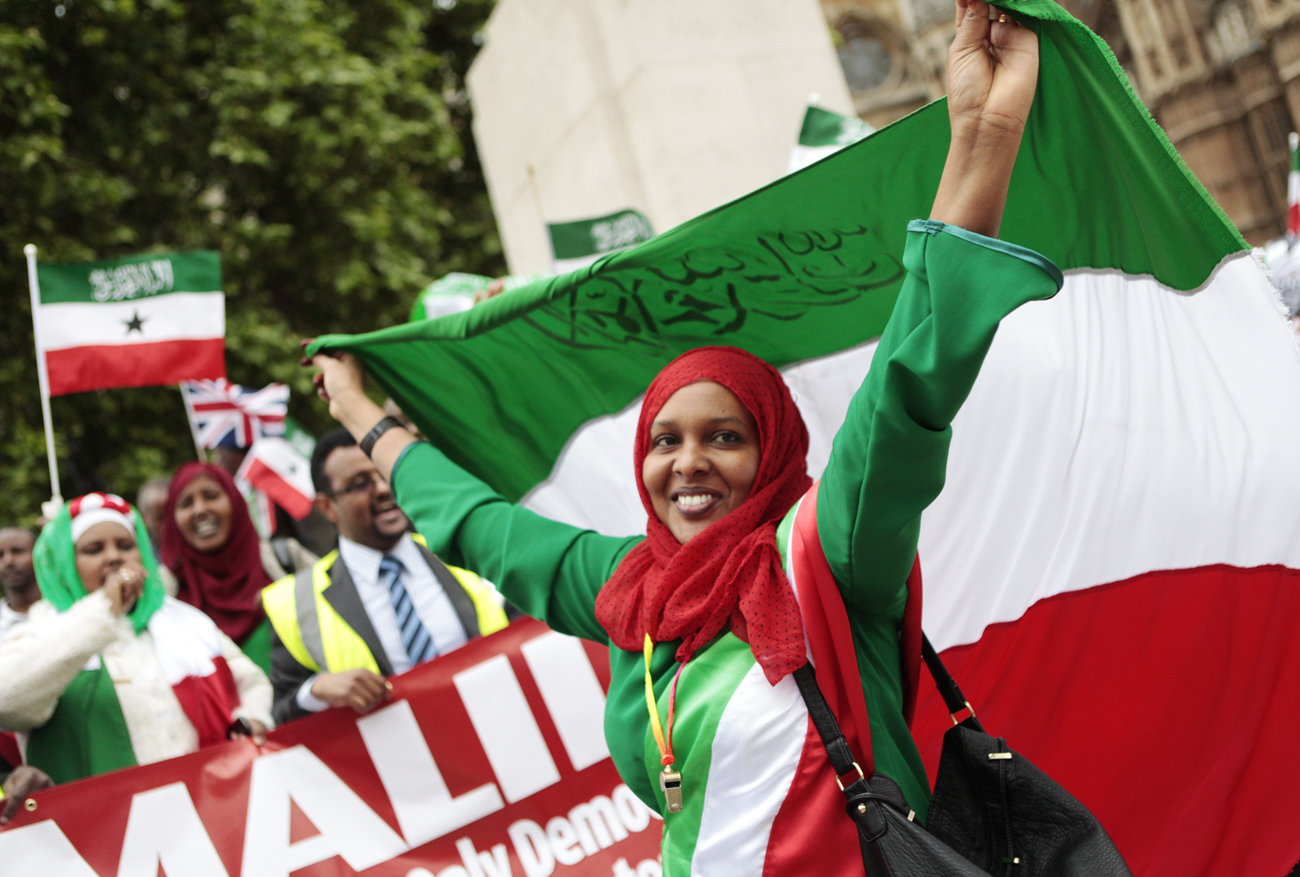 Somaliland celebrates 20 years of independence and calls for recognition from UK.

Wednesday was a momentous day in the history of the Republic of Somaliland. The country, if we can call it that, celebrated the 20th anniversary of its declaration of independence from Somalia. It’s shown it is possible to rise above chaos and build a lasting legacy. By SIMON ALLISON.

The quiet, dusty, unpaved streets of Somaliland’s capital, Hargeisa, came alive as thousands of people crowded the major thoroughfares, all sporting commemorative T-shirts or hijabs in the national colours of red, white and green. A well-organised, if occasionally ramshackle, parade of students, sports stars and professionals forced their way through the crowd, with the help of the hundreds of soldiers lining the route. This was followed by a full-scale military procession, with ranks of soldiers and sailors marching in time, for the most part, to the beat of the marching band. The president, Ahmed Mohamed Silanyo, his trademark dark shades firmly in place, watched it all from the temporary viewing platform, surrounded by ministers and military top brass. The parade kicked off a day of partying across the country. No champagne in sight, of course; Somaliland is a deeply conservative Muslim country, and the people’s drug of choice is instead khat, the ubiquitous bundle of mildly narcotic leaves almost everyone chews on.

But amid the celebrations, one small niggle: Somaliland is not independent. At least not in the eyes of the rest of the world. Certainly not in the eyes of Somalia, which continues to see the very existence of Somaliland as a threat to its territorial integrity and sovereignty. Which it would be, of course, if Somalia had any territorial integrity or real sovereignty. But the “failed state” of Somalia struggles to control even its own capital city, Mogadishu, and has been in the throes of civil wars of varying intensities since the fall of dictator Siad Barre 20 years ago. The Somali government operates courtesy of a mandate from the international community, but enjoys little authority in the country. Al-Shabaab, the Islamist insurgent group behind the World Cup attacks in Kampala, controls huge parts of Somalia, and the rest is divided into tribal areas and semi-autonomous regions, none of which answer to the central government for very much.

Somaliland, on the other hand, works like a real country. It has its own currency, infrastructure and laws. They are enforced, most of the time. There’s a functioning police service, armed forces and lots of schools, universities and hospitals. There is bureaucracy, lots of it; perhaps the ultimate sad sign of a functioning state. Historically, Somaliland has been distinct from the rest of Somalia since the colonial era. The Italians controlled most of Somalia while the UK turned Somaliland into a British protectorate. In 1960, when the UK realised the colonial times were over, it granted Somaliland independence. The new country enjoyed five brief days of sovereignty before deciding to throw its lot in with Somalia, pursuing the dream of a single nation of united Somali people.

But the whole Somali unity thing never quite worked out. Siad Barre, who took power in an army coup, was as brutal as they come and concentrated power in the hands of those he trusted, specifically in the clans to which he was related. None of these was in the Somaliland region, and the areas around Hargeisa were starved of resources and targeted for special attention by the secret police. A resistance movement soon sprang up, the Somalia National Movement, and in the late 1980s a particularly vicious civil war killed tens of thousands. Barre’s fighter jets stationed at the Hargeisa airport would take off and drop their bombs almost immediately on the city below them, levelling it. Almost everyone in Hargeisa knows someone who died in the war.

The civil war weakened Barre’s control, terminally as it turned out; rebel groups proliferated and eventually he was ousted by one in 1991. The SNM, under intense public pressure, used this opportunity to announce Somaliland’s withdrawal from the union of Somalia, and that it would henceforth be independent.

And since then that’s how they’ve operated. Somalia has never been strong enough to reassert its authority by force and the government of Somaliland has carried on with the business of ruling. Nonetheless, diplomatic recognition has not been forthcoming. Only Ethiopia has any kind of official representation in Somaliland. The Ethiopian mission consists of a single trade representative to make sure Ethiopia can continue to access Somaliland’s port in Berbera. And the costs of this are significant. Somaliland receives a pittance in development aid, because most of it flows to Mogadishu. It can’t join international institutions; for example, it has no international postal system, because it’s not allowed to join the International Postal Union. And its citizens can’t travel. A Somaliland passport can get you into Djibouti, Ethiopia and South Africa, but that’s about it.

And there’s no sign that recognition will be forthcoming any time soon. Because Somaliland has very little geopolitical significance, the international community takes its lead on this from the African Union, which has made no progress on the issue. This stems largely from the fact that most of the big movers in the AU face secessionist movements at home themselves, and to recognise Somaliland would create a compelling precedent. For Ethiopia, the issue is particularly sensitive. Although the country needs Somaliland for its port, there is also a large Somali population in Ethiopia, who have in the past agitated for secession.

The issue highlights the weaknesses of the state system, which conspires to fund a hollow government in Somalia while impeding the progress of a democratic entity in Somaliland which offers the services a state is supposed to provide to its people. But Somaliland has gone it alone for 20 years, and seems to be managing alright. Just this week, in his address to the nation, President Silanyo declared the country will go it alone forever if it has to – that Somaliland will be remain independent in its own eyes, even if no one recognises it for a hundred years. The huge crowd in Hargeisa’s Liberty Garden seemed to agree with him, if the cheering was anything to go by. DM

Photo: Members of the Somaliland community in Britain’s capital celebrate the 20th anniversary of its declaration of independence from Somalia during a demonstration in London May 18, 2011. The protesters were calling for the United Kingdom and UN to formally recognise Somaliland as an independent state. REUTERS/Olivia Harris.