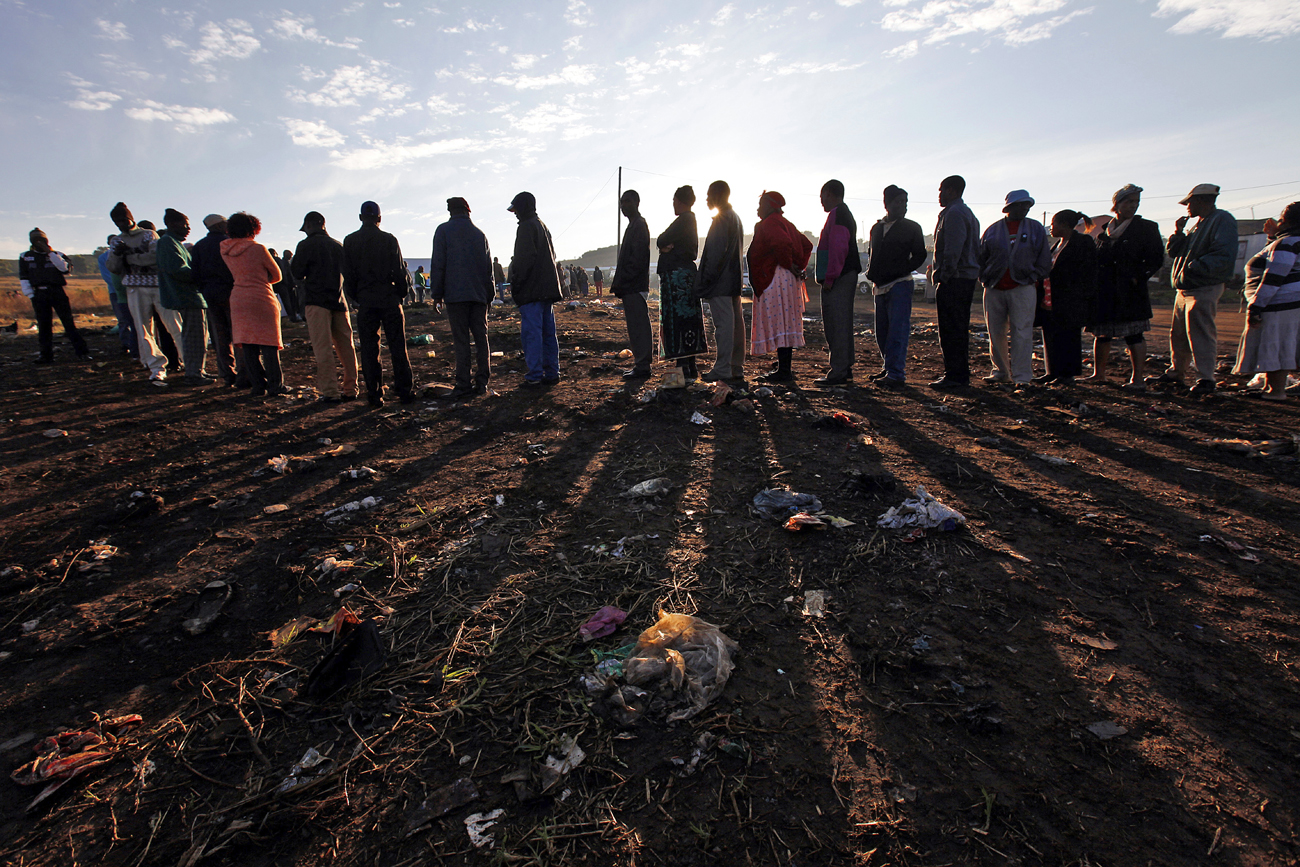 By Thursday evening results were still being tallied, but already there was a clearer picture emerging of how the local government elections had gone. Most votes had been counted in much of the country, and reactions were warm in Midvaal, silent if you're the ANC and naturally varied everywhere else. By SIMON WILLIAMSON.

The DA knew fairly early on it had held onto its only municipality in Gauteng, Midvaal, nabbing 56% of the vote, while the ANC took 41% with no other parties doing anything significant – except the FF+ with a seat on the council. EWN reported ANC voters threatening to burn down the homes of DA supporters, which outraged DA leader, Helen Zille.

“They (DA supporters) have been under such intimidation from the ANC. It has been so terrible and now in Midvaal the ANC is threatening to march on the homes of black DA supporters and burn their homes because they support the DA.” ANC secretary general, Gwede Mantashe, echoed her sentiments, “We must condemn any attempt to threaten anybody because of the results of the elections.  Elections (are) a democratic process, we must welcome them.”

The situation seemed to calm down later in the day. ANC chairwoman Baleka Mbete later condemned the threats. “[That behaviour] is not ANC culture. It’s the last thing we need.”

The ANC later issued a statement in which it accepted the Midvaal result and said it was happy to retain all other Gauteng municipalities. At that time not all counts had been confirmed and the DA was leading in City of Johannesburg. The ANC acknowledged it was disappointed. “We know that there is a huge disappointment from the working people and the poor of Midvaal. The ANC is deeply concerned that the area remains racially polarised with lots of blatant racism.” The party promised to use provincial and district governments to assist the municipality.

The DA coalition in Nelson Mandela Bay (Port Elizabeth) did not manage to unseat the ANC which clung marginally to its majority with 51.5% of the vote. The DA scored 40.24%, but Cope floundered with only 4.93%. The ANC’s Eastern Cape leader Phumulo Masualle said, “We are absolutely happy. We are ecstatic. We are ready to run Nelson Mandela Bay again. We will work continue[sic] with opposition parties to improve the lives of the poor in the metro.” Helen Zille blamed the collapse of Cope, commenting on Twitter “Dear DA voters in NMB. You did spectacularly. Cope collapsed. That was the tragedy of this election. If they had held we would have won.

She did voice concern about PE and planned to lay a complaint with the IEC when she noticed five voters being issued with only one ballot paper instead of the requisite two. However, the DA did win the ward.

Theuns Botha, head of the DA in Western Cape, said the party made strong gains in the province, expecting to take 15 of the 30 municipalities. Although many results are still to be confirmed, the numbers seem to be tallying with Botha’s prediction.

Newcomer Zanele Mgwaza-Msibi’s National Freedom Party did better than expected with 58 seats countrywide, predominantly in KwaZulu-Natal. To put this in perspective though, by early evening the ANC had 2,435. NFP convenor Evans Sosibo was happy with the result. “We didn’t expect this at all. This party is still at[sic] infancy. We are very happy because this sets a solid foundation for us in the 2014 election.”

The IFP admitted it had lost out and singled out the NFP as a factor it had underestimated. Party leader Mangosuthu Buthelezi also blamed internal factors, citing funding and disaffected voters. Furthermore, he claimed the ANC used government resources to fund its campaign.

Several smaller parties remained optimistic. Jo-Ann Downs of the ACDP said the party seemed to have gained what it lost in the last election, but added, “We are saddened at the way South Africa has been polarised… as evident at the polling stations (on Wednesday). Indians, whites and coloureds vote DA, while black people vote ANC.”

The Freedom Front Plus also had good things to say about its performance, particularly in Tshwane and Midvaal.  The PAC said it was doing better than it did in “the 2010 national elections” (which were actually in 2009) where it snagged a mere 0.27%. DM

Photo: People queue to cast their votes during the South African municipal elections in Soweto May 18, 2011. REUTERS/Siphiwe Sibeko