One man's prediction of the 2011 local election results

One man’s prediction of the 2011 local election results 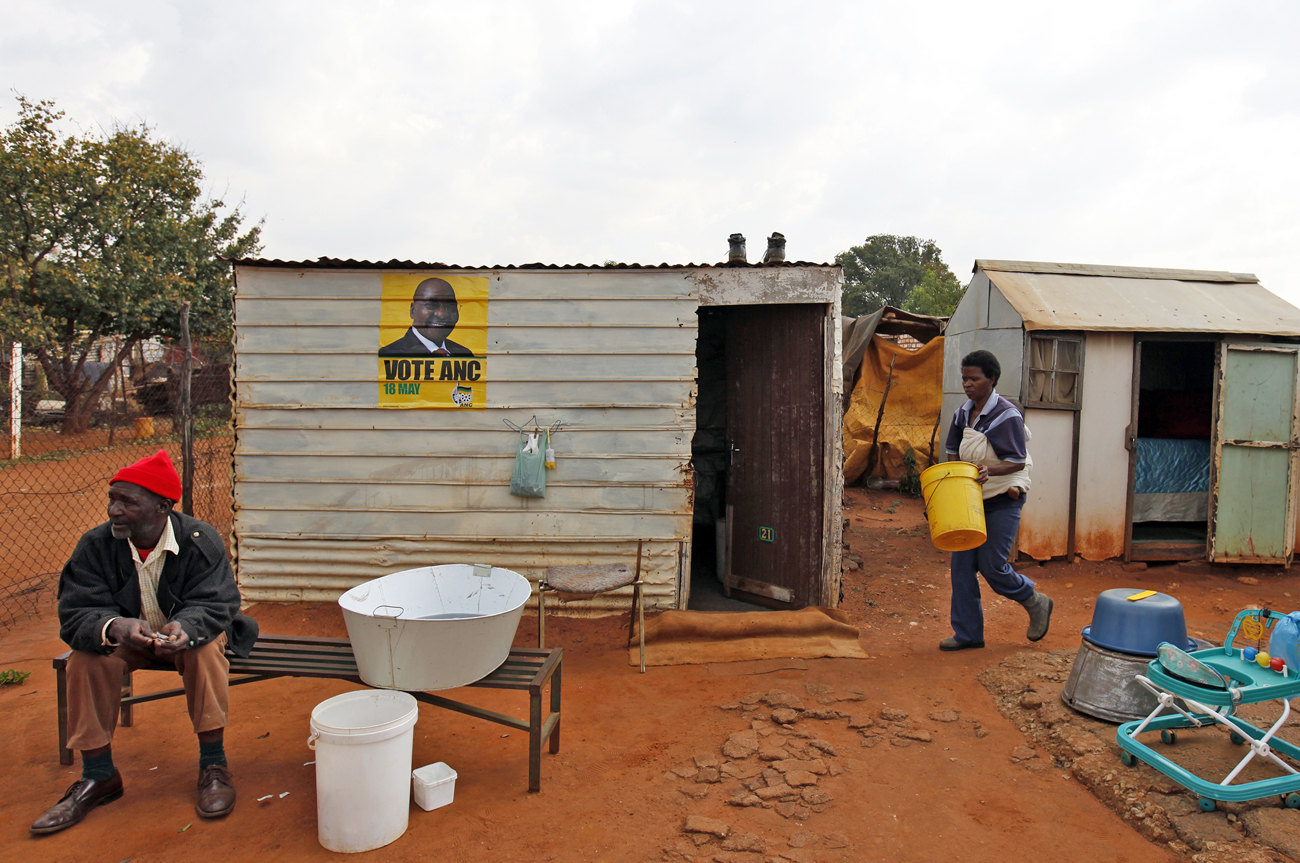 Only the brave and foolhardy predict election results. Or those backroom wonks who are suddenly so important to political parties and radio stations during elections. And yes, by using the phrase “wonks” we realise we are not earning any favours from those we really should be drinking with right now. So we apologise. But, just in case they don’t forgive us, we’d better make our own predictions. Just so you have something to point at and laugh about later. By the ever-foolhardy STEPHEN GROOTES.

Okay, some deep breaths everybody. We’ve had the longish momentum-building campaign of the DA, and the hare-like late start and explosive stadium-busting finish of the ANC. It’s been an interesting road, this campaign. The DA had the momentum going into the first bend, but by the time the S-bend of the toilet saga had worked itself out, the ANC was pushing hard. So we’ll come to how we think they’re going to do in a moment. Because we’re starting with the easy stuff.

The smaller parties are going to get stuffed again. Of this we are pretty confident. Think of Bantu Holomisa. Just a few years ago, before the 2009 National Elections he was really a national political figure. He was quoted widely. He was the black guy who agreed with the DA. No longer. He’s out in the wilderness of Eastern Cape somewhere, and it may take longer than 40 years for him find his promised land. The same goes for the African Christian Democratic Party. There was no sadder sight than that of its leader, Kenneth Meshoe sitting in a dark corner near the gents toilets at the IEC election results centre in 2009. He looked bereft. Unsaved you might say. They’ve been nowhere over the last few weeks.

The smaller party that will probably just hang on is the Freedom Front Plus. It’s helped by its slightly national presence brought about by the fact its leader Pieter Mulder is deputy minister of agriculture. And there are some “bitter-einders” out there who can’t stand the DA. Helen Suzman was responsible for the assassination of Verwoerd after all, you know. So it’ll manage to hang on. If Mulder is able to play a role in a coalition somewhere, he try to parlay that into a slightly stronger position long-term.

Then we have the IFP. It really is becoming a one-man band and the ANC has been pushing it hard in KZN. It could seriously lose more than all the others, simply because it doesn’t campaign, has no real message and doesn’t stand for anything other than, well, you know, Buthelezi. So Jacob Zuma will finish the job he started in 2009 and drive it from office all over the place.

(Okay, stop mucking around Stephen, and get to the cities and the real action will you? – Ed)

Oh right, sorry, you’re not reading this ‘cos you care about the smaller parties.

Let’s start with Cape Town. It seems likely the DA will get an overall majority here. Very likely, actually. We’d be very surprised if it lost Cape Town, despite Fikile Mbalula’s best efforts. And he really has been pushing in Cape Town, along with Tony Ehrenreich. It’s a pity, because Ehrenreich would make such an interesting figure in the alliance if he also held a big public office. But the DA has it locked down and that’s just the way it goes. It’s the DA’s base. Lose that and it’s over.

Moving down the N2, we reach the Nelson Mandela Bay Municipality. Ok, this is  interesting. On paper that is. This has all been about that little statistic showing the ANC won a mere 50.17% of the vote there in 2009. But go back a bit and look at what happened there in the 2006 local government elections. The ANC won 67.5%. The real factor that changed things was Cope. And it’s a faded force, despite deploying Smuts Ngonyama to be its mayoral candidate. No, it looks like the ANC is going to win here. The DA is going to be stronger, but it’s going to be an ANC administration. We’ll put money on it. But not the house. (To clarify this statement, Grootes is betting his own money here. Our accounting people have already been notified. – Ed)

Right, past the Gariep Dam we go, the ANC is so safe in Free State, including the potty town of Viljoenskroon it’s barely worth a mention. And up to the Highveld into mining territory. First on our list, Johannesburg. Okay, it’s an open secret by now the DA has been pushing hard here. In Mmusi Maimane it found a great candidate for mayor, and the ANC was too bloody chicken to name Parks Tau as its candidate. But Tau should do some shoulder exercises, he’s going to wear that heavy mayoral chain soon. A numbers prediction? In 2006 the ANC won 62%, 2009 a smidgen more. The DA is currently on 27%. Because this piece is likely to be available for people to rub my nose in it later, I’m going to say the ANC will be pushed below 60%. But that’s all. The DA will go above 30%. I’m not going any further.

Okay, let’s take the long walk to the twice-named capital. Through Ekhuruleni. Like so many other urban centres, the ANC will lose a percentage or two, and that’s it. It’s currently on 61%, so around 60% seems fair.

Now loop around the airport, and up to that place with the identity crisis. At the Daily Maverick we have very few rules (not that you follow them anyway – Ed). One of them is that we’re not supposed to argue with people who have more facts and figures than we do. Well not in public anyway. Paul Berkowitz is one of those people,  and we are going to accept his verdict. The ANC will get around 56%.

We would continue up north, past that road sign that has an arrow pointing “To Zimbabwe” and up into the real hotter parts of the country, but there’s no point. They’re all going to vote ANC with huge percentages. They always do.

So will the political picture really have changed. Yes and no. But that’s a complicated discussion we expect to have with you over the next few days. Not that these would will help much. DM

Don’t forget to vote. Or NOT.

Photo: Residents are seen outside a shack on which an African National Congress (ANC) election poster is pasted at Waterworks, an informal settlement outside Soweto May 9, 2011. It took 12 years after the end of apartheid for the Waterworks shantytown to get running water, and 17 years for the ruling ANC to face a voter backlash from its disenchanted residents. REUTERS/Siphiwe Sibeko