Analysis: A secretive government leads to a country with no democracy 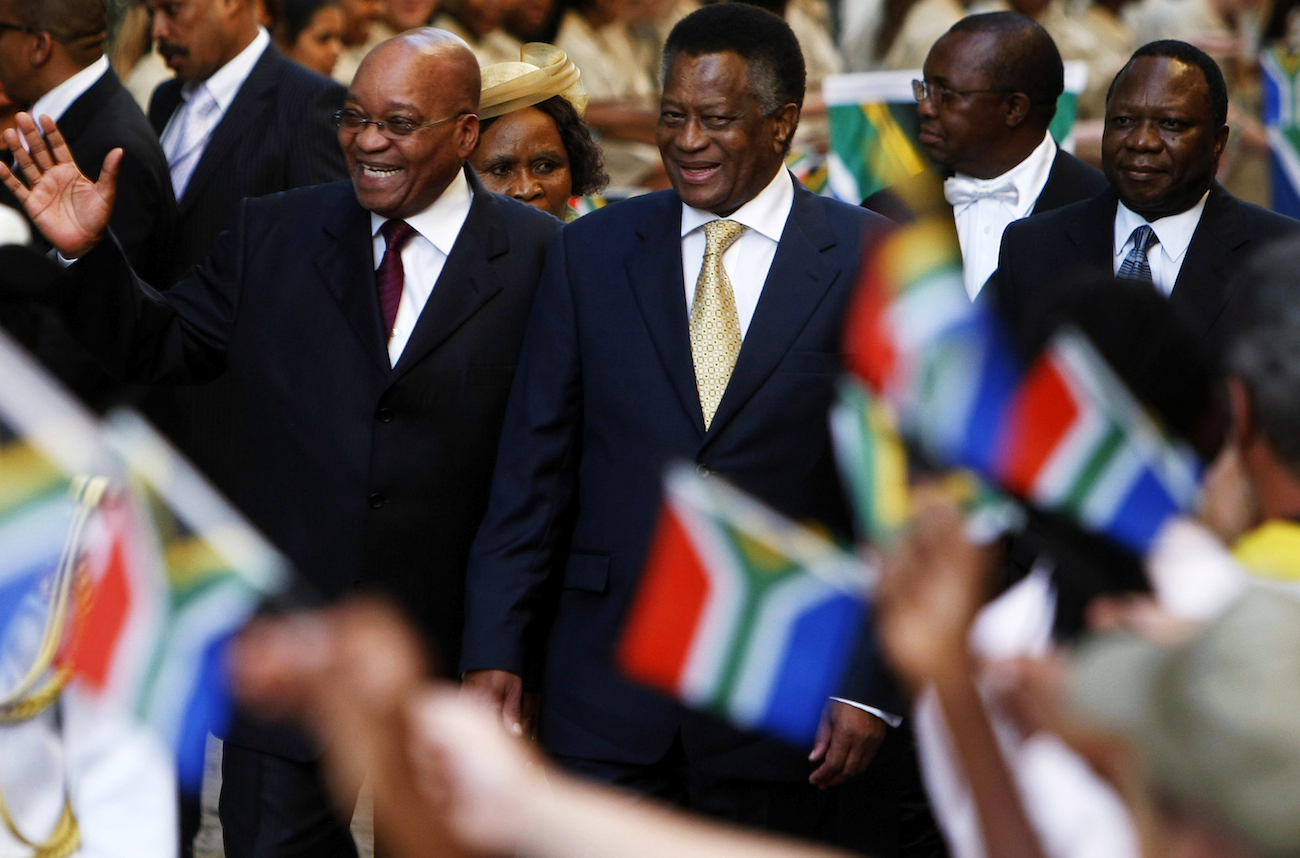 As the Mail & Guardian goes to the Constitutional Court to obtain access to the Khampepe-Moseneke report on the Zimbabwean 2002 elections, we must pause, for a second, to take stock of just how far down the road away from true democracy we've strayed. The picture ain't pretty. By MANDY DE WAAL.

During the apartheid years, the government’s dirty secrets were kept under lock and key, far away from the public’s eye and certainly as far away as possible from journalists who could tell the inconvenient truth. The advent of democracy brought a hope that things would be different, but that naïve dream was quickly quashed by Mbeki. Then there was the briefest move to transparency post-Polokwane that quickly died thanks to the Protection of Information Bill and rumblings of a media tribunal. These days we we live with a rubber-stamp parliamentary culture that makes a lie of our democratic constitution.

Mail & Guardian editor Nic Dawes got goose bumps as he was striding up the steps of the Constitutional Court, that same institution which has a beautiful courtyard where one can read Nelson Mandela’s words: “It is an ideal which I hope to live for, and to see realised. But my Lord, if needs be, it is an ideal for which I am prepared to die.” Mandela was of course speaking at Rivonia Treason Trial of 1964, the ideal he was referencing was democracy, and his dream was of a free society in which people lived together in harmony with equal opportunities.

The M&G is facing off against the presidency over a report on the 2002 elections in Zimbabwe, which is being withheld from the newspaper. The presidency maintains the document is confidential, while the M&G is fighting for the public interest and the right to know. “It is clear that it is getting more and more difficult to gain access to documents and the silly furore about the Ministerial Handbook displays this very clearly. If basic guidelines that dictate what ministers can or can’t spend become a major issue this certainly signals a clampdown on government information.”

South Africa has a historical default setting for secrecy, thanks to apartheid and its terrible secrets that needed to be kept under lock and key. The advent of democracy and a sterling constitution seemed to shift this, until putting that constitution into practice became increasingly inconvenient for government. “There was an apartheid default to secrecy, but democracy heralded a considerable openness until bureaucrats were taught that it is safer to say no than it is to say yes. The refusal of ministers to open access to information flows from the top and the Protection of Information Bill, which is increasingly causing officials to err on the side of secrecy rather than the side of openness,” Dawes says.

“This is a distressing trend that’s pervasive,” says Andrew Trench, the award-winning former Daily Dispatch editor who heads up Media24’s investigative unit. “We are doing a lot of access to information applications and the tendency we experience from government is to try to resist as much as possible.” Trench says that the unit was recently investigating the salaries of  director generals in government departments, a process which took five months. “We had to use PAIA (Promotion of Access to Information Act) to access those details and some government departments ignored the PAIA requests. We had 20 requests out for what should have been the most simple of documents to obtain, and which shouldn’t have been a problem.”

Trench says he was recently at a conference of civil servants where the culture of fear was palpable. “There’s an incredible culture of fear in the civil-servant community and if you are seen to be co-operating with the media or civil society you are seen to be placing your job at risk, which is pretty terrifying. There are examples where people have put their necks on the line to offer information and they have been aggressively pursued and at times lost their jobs and their careers.”

DA spokesperson Lindiwe Mazibuko says this noticeable move to government secrecy and classifying information is a new development. “After Polokwane when everyone came back to government there was a ‘Prague spring’, which witnessed vigorous oversight by ANC members of parliament. Mbeki was forced to resign, Motlanthe was voted in as acting president and parliament became slightly more vigorous. Members of parliament became more demanding of department heads, there was harsh [internal] questioning, but of course a lot of this was the infighting of ANC factions who were using government as a tool for politicking. However, since the mooting of the Protection of Information Bill and the move to a media tribunal there has been a culture of self-censorship without a direct or particular instruction from the top.

“There is a poisonous atmosphere seeping into some government departments, with a closing down of accountability and an increased use of the word ‘classified’. A lot of officials are afraid of what’s potentially embarrassing and are preparing for what they imagine is the inevitable outcome of the bill. The result is that this is making it more difficult to hold government to account and at time impossible to get information. PAIA is supposed to be a means of last resort but it is too readily used by government as a pre-emptive move to protect the ruling party from greater scrutiny.”

Mazibuko says that like all organisations, parliament has a culture which affects operations and that the pervasive culture didn’t take long to fray the openness of the post-Polokwane “Prague spring”, which had spread like wildfire and had hugely liberated members of parliament. “All that it takes is the sense that there may be consequences to self censor. Yes some committee chairpersons do rake ministers over the coal and still demand accountability, but the overarching tendency is to cowering.”

There is an assumption that the DA are South Africa’s champions of transparency and openness while government and the ruling party lurks in shadows, but that’s not always the case and Media24’s Trench shows that the opposition party can be expedient when it comes to access to information.

“The suppression of information is very pervasive and crosses departments and administrations,” says Trench, who adds that his unit had to use PAIA to request information from a DA-controlled Cape Town as well as from the ANC. “We wanted municipal health inspection reports on restaurants in Johannesburg, Cape Town and Tshwane and all three cities turned us down flat. We’re currently briefing our attorneys and there is still an outside chance we will get the information from Cape Town, [which] is citing that the records are too voluminous to provide, but I found it fairly amusing considering the DA’s so called commitment to transparency.”

When asked for comment about the ruling party’s increased move to secrecy, self-censorship and the pervasive fear among civil servants, ANC spokesperson Jackson Mthembu said that he didn’t have the facts at his disposal and that the ANC couldn’t add value to this particular story. He suggested Daily Maverick go to the relevant ministries and get comment. This journalist’s first stop was at the department for public service and administration which governs all things classified related to the now notorious Ministerial Handbook. A couple of phone calls quickly established that this route would be a complete and utter waste of time.

Says Trench: “It is very sad because we have a constitution that commits our government to transparency. In legislative terms we should have the most transparent government on the continent, but in it is now harder than ever before to gain access to information – never mind for journalists, but for the citizens whom our democracy is meant to serve. What’s happening in government is simply making our constitution out to be a lie.” DM

Photo: South Africa’s President Jacob Zuma (L) and speaker of the National Assembly Max Sisulu (C) arrive for the opening of parliament in Cape Town February 11, 2010. South Africa’s economy is on the mend but the government will retain measures to boost job creation and growth, Zuma said on Thursday. REUTERS/Mark Wessels