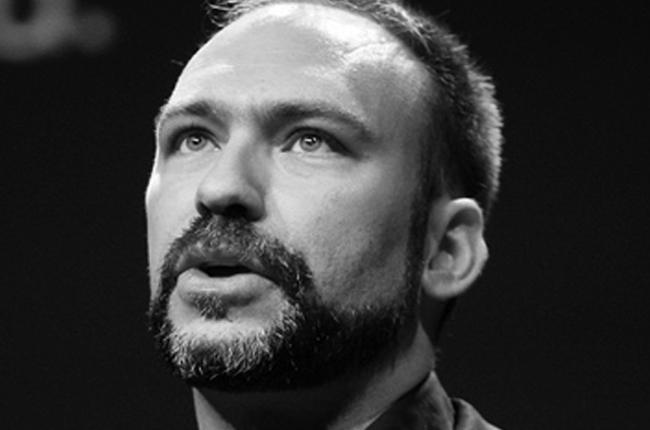 Just about everyone has a mobile phone (a.k.a. cellphone), which makes it the ultimate device for driving business revenues, advertising and reaching consumers. But how can pervasive mobile technology be put to use for social good? Gustav Praekelt might just have some answers. By MANDY DE WAAL.

After the Mbeki regime’s epic failure of the on HIV and Aids, President Jacob Zuma initiated a new movement for the prevention, care and support of the epidemic. And not a moment too soon, because South Africa has one of the largest number of HIV infections in the world, set at some 5.7 million, according to UNAIDS statistics for 2009.

The government’s programme now includes the treatment of HIV with antiretroviral (ARV) drugs. Close on a million people were treated with ARVs in 2009, but the effort is bedevilled by drug supply, resources and capacity. Of course, poor governance, bad management and a lack of service delivery in the health sector also exact their toll.

ARVs improve the wellbeing and quality of life of people who have HIV, but the problem is that there is a drop-off in the use of these drugs. In some cases this is because of death, but often people on the treatment start to feel better and consequently stop taking their medication.

This is a problem Gustav Praekelt wanted to address. Praekelt was working in the mobile sector and became convinced that the pervasiveness of cellular devices presented a real opportunity for transformation in Africa. To convert his dream into reality, he set up a technology incubator called the Praekelt Foundation to implement mobile solutions for social good. That was five years ago. Today his programmes have reached some 50 million people in 15 countries across Africa.

One of the first problems Praekelt tackled was using mobile technology to make a difference in the lives of people with HIV and Aids. The first application the Praekelt Foundation rolled out was a text alert system that used “please call me messages” to remind people to take their ARVs. “We were the first organisation to use the ‘please call me’ texts for non-profit use. To date, we’ve sent out a billion messages which is the largest use of telephony for HIV and Aids dissemination,” says Praekelt.

What’s novel about this approach is the foundation builds a low-cost platform that delivers a service that is free to end-users and helps drive impressive results in ensuring people stay on ARV treatment.

“The incredible thing about mobile interventions is that everything can be tracked. The term for people who stop taking their medication is ‘loss to follow up’. In Gauteng, when we started with the text system, the loss to follow up figure was about 30%, which is quite a high percentage. The loss to follow up has now dropped to 4% or 5% for the province.”

Praekelt is at pains to explain that the free text service isn’t the sole driver of getting people to take ARVs continuously. “There are lots of other reasons why the loss to follow up has dropped including the big effort made by clinics. However, a large problem is that many people who receive the free health service feel they can’t insist on better service if they aren’t treated that well or the service isn’t that great. Many feel they can’t insist on better treatment.”

Called Project Masiluleke, the HIV and Aids programme has a text message system that reminds people of scheduled clinic appointments and encourages them to stay on the treatment regimen. People in the national health system not only get these reminders, but are urged to call the national Aids hotline for counselling or to voice complaints. This offers people some recourse in a health system that can at times leave patients feeling anonymous and alienated.

“Through Project Masiluleke we generate between 2,000 and 3,000 calls to the Aids hotline each month, and it has been found to be the most effective vehicle to date to get people to make contact with the call centre.”

The reminder is key because a high percentage of people with HIV or Aids are marginalised, and travelling to clinics means spending money on taxis or walking great distances. Patients wait in long queues and, if they arrive at the wrong time or on the wrong day, they are sent away and have to repeat the process. The text system also allows patients to reschedule their appointments for a more suitable time.

The Praekelt Foundation strives to build services at a zero rate and has a strong relationship with mobile networks who partner in these initiatives. But the foundation doesn’t want to be at the mercy of mobile networks and doesn’t want its initiatives to be positioned as a corporate social investment in the event this makes sustainability vulnerable.

“For us, a big issue is whether we can offer the service free of charge to patients and build the solution so that it is sustainable. We don’t want to pitch the solution as a corporate social initiative, so we rather pitch it as a year’s pilot to the mobile networks so that we get free access and then build in revenue services down the line. We do this because we want our solutions to ultimately stand on their own two feet.”

Another Praekelt Foundation initiative is Young Africa Live, a mobile content portal that educates youngsters about sex, HIV, Aids, rape and gender issues. “With the mobile market flattening out, there’s a real need for mobile operators to drive ARPU (average revenue per user). With Young Africa Live, the audience gets to enjoy good content and is introduced to rich data services which open the path to revenue for the mobile operator.

“Then there’s the matter of churn. In Nigeria or Kenya people often have two or three SIM cards and swop them out during free service times to radically cut mobile costs. Young Africa Live creates a point of loyalty so people keep chatting to their friends, reading engaging content and getting involved in their communities.” Aligned to Vodafone, Young Africa Live has grown from a zero base to 350,000 users in 15 months, and is adding 25,000 new users each month.

Other projects the foundation is involved with include a literacy project called Yoza Cellphone Stories in conjunction with the Shuttleworth Foundation, and a pioneering agricultural project in Zambia funded by the Gates Foundation.
Late last year the Omidyar Network gave a $825,000 grant to the foundation to drive social change. Given the successes the Praekelt Foundation is achieving, this is a smart investment in making the world a better place using mobile technology. DM