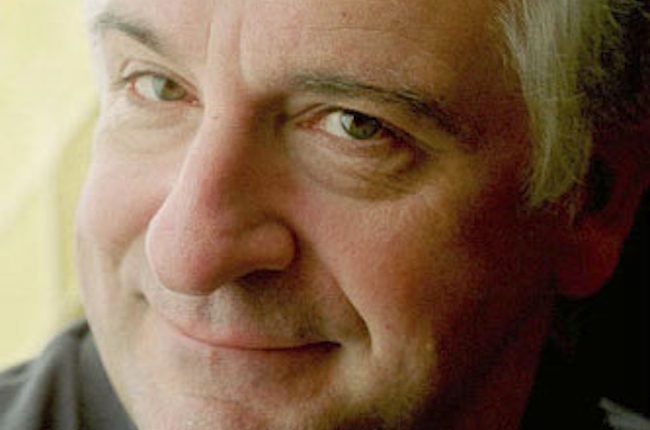 On 11 May 2001, the man who famously said, “I may not have gone where I intended to go, but I think I have ended up where I intended to be,” died. His name was Douglas Adams and he was, amongst other things, a radical atheist. Ten years after his passing, can we say he’s changed the universe? Or at least convinced us that there is one? By KEVIN BLOOM.

According to accepted literary theory, we’re not supposed to be able to equate the views and beliefs of an author with the views and beliefs of his or her characters. This is because good writing – the kind of writing that’s fluid and authentic and comes packaged with stamps of approval from other people who write well – almost always hankers after what’s known as “free indirect style”. It’s a technique very similar to method acting, where the author, through his or her imagination and powers of empathy, wholly submits personal identity to the identity of the person “being performed”; think Marlon Brando in On the Waterfront, or Heath Ledger in The Dark Knight. And like Brando and Ledger, the authors who’re most adept at free indirect style are most often the craziest; think James Joyce, Franz Kafka, Virginia Woolf. Of course, sometimes you’ll find a good writer who’s not a fan of the technique. Sometimes the craziest writers are the ones that let you know exactly what they’re thinking.

Douglas Adams was of the second camp. In later life a self-described “radical atheist” (with an emphasis on the “radical” in case people might be inclined to mistake him for an agnostic), he started off as a writer fond of sentences like this: “He hoped and prayed that there wasn’t an afterlife. Then he realised there was a contradiction involved here and merely hoped that there wasn’t an afterlife.” Obviously, with such sentences, Adams was neither attempting to hide his intentions nor mask his authorial voice behind the character of Arthur Dent. In fact, so committed was young Adams to his own doubt that it could be argued his entire early oeuvre was dedicated to the questioning of god’s existence. The Hitch Hiker’s Guide to the Galaxy (1979), where one Thursday at lunchtime the Earth is unexpectedly demolished to make way for a new hyperspace bypass? The Restaurant at the End of the Universe (1980), where Dent and his comrades, facing annihilation at the hands of the Vogons, are in desperate search of a place to eat? Life, The Universe and Everything (1982), where the unhappy inhabitants of the planet Krikkit are sick and tired of looking at the cloudy, night sky and therefore plan to destroy it? You get the picture.

But in case you don’t (get the picture, that is), here’s a long passage from page 99 of The Salmon of Doubt (2002), Adams’s final and unfinished manuscript, which makes reference to another relatively well-known authority on the subject of the existence of god: “And I thought and thought and thought. But I just didn’t have enough to go on, so I didn’t really come to any resolution. I was extremely doubtful about the idea of god, but I just didn’t know enough about anything to have a good working model of any other explanation for, well, life, the universe, and everything to put in its place. But I kept at it, and I kept reading and I kept thinking. Sometime around my early thirties I stumbled upon evolutionary biology, particularly in the form of Richard Dawkins’s books The Selfish Gene and then The Blind Watchmaker, and suddenly (on, I think the second reading of The Selfish Gene) it all fell into place. It was a concept of such stunning simplicity, but it gave rise, naturally, to all of the infinite and baffling complexity of life. The awe it inspired in me made the awe that people talk about in respect of religious experience seem, frankly, silly beside it. I’d take the awe of understanding over the awe of ignorance any day.”

After Adams died, of a heart attack at age 49 on 11 May 2001, Dawkins would repay the kindness on page 117 of a little book called The God Delusion: “Douglas, I miss you. You are my cleverest, funniest, most open-minded, wittiest, tallest, and possibly only convert. I hope this book might have made you laugh – though not as much as you made me… Douglas’s conversion by my earlier books – which did not set out to convert anyone – inspired me to dedicate to his memory this book – which does!”

It’s unlikely, of course, that Adams converted anywhere near as many people to full-on and unapologetic atheism as did his friend Dawkins. Where Dawkins came at the problem from the standpoint of empirical science, employing dry – if lucid – prose to attack creationists and exponents of intelligent design, Adams set out to demonstrate the absurdity of the notion that God exists through the use of science fiction and satire. The former, it can be said, convinces, while the latter at best persuades. Still, notwithstanding the fact that Adams never actively tried to convert as many people as Dawkins, there was perhaps no other writer (science fiction, plain science, or just plain fiction) who more ably laid the groundwork. How many people do you know, after all, who can’t tell you The Answer, to the Ultimate Question of Life, the Universe, and Everything?

Yes, the answer is 42. And it took an enormous super-computer almost eight million years to work out, mainly because no human ever could say what “The Question” was. For sheer atheistic blatancy, it doesn’t get more profound than that. Which is not to forget that for sheer literary power, only Joseph Heller – of Catch-22 fame – ever caused a number to be as famous.

But ten years later, to my mind, what really stands out when considering Douglas Adams are the sentences. On that level, he raised satire to the level of art. Here are some that approach the aphoristic: “You live and learn. At any rate, you live.” “Anyone who is capable of getting themselves made President should on no account be allowed to do the job.” “Ford, you’re turning into a Penguin. Stop it.” DM