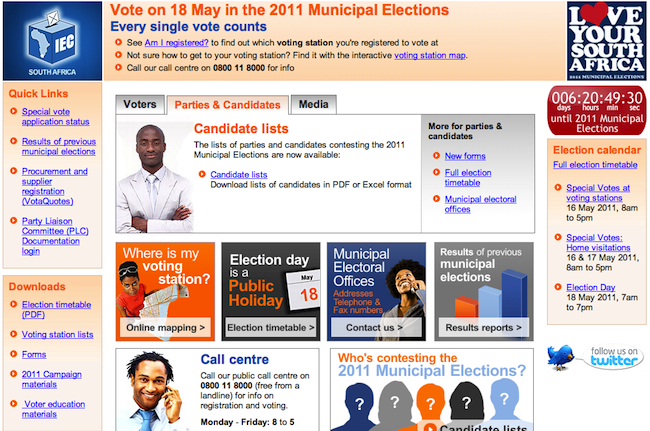 Anyone who has ever played the diplomacy/strategy boardgames knows how facile and unpredictable alliances are – especially forced alliances. It’s often the old saw of “my enemy’s enemy is my friend” that decides. However, when PAUL BERKOWITZ applied the economics principle of Shapley values to several of our more competitive areas in next week’s local government elections, some interesting possibilities emerged.

If you read through the opening chapters of an economics textbook and you’re still awake, you might be lucky enough to be introduced to game theory. This branch of economics is concerned with the study of conflict and cooperation. It is essentially the economics of strategy and power and it’s fascinating.

Game theory can be applied to diverse scenarios – studying how local fishermen police their turf to prevent overfishing, how to win at “Survivor” and how to collude with your business rivals so that collectively you can milk the consumer. And it can bring a deeper and richer understanding of how politics and elections work.

Our upcoming local elections promise to be the most closely fought of our modern democracy. While the ANC is expected to retain a majority in most municipalities, there are a large number of municipalities that no party will win outright, but will have to be governed by coalition. We can draw on a concept in game theory called Shapley values to understand the economics of coalitions.

Named for Lloyd Shapley, this concept was developed to compare the value that each party brings to a coalition. Let’s look at a short example: Imagine a municipality with only three parties. Party 1 wins 50% of the seats in this election, Party 2 wins 49% and Party 3 wins 1%. None of the parties has a mandate to govern alone, but they could do so in coalition with their rivals-turned-partners.

Party 1 is obviously in the strongest position – that’s not surprising. What comes as a surprise to some people is that Party 2 and Party 3 have the same Shapley values and hence the same coalition power, despite the fact that Party 2 received 49 times the vote that Party 3 did.

This leads to an interesting result. Party 1 would prefer a coalition with Party 3 than with Party 2. Party 2 is almost as big as Party 1 and a coalition between the two is pretty much a marriage of equals. Power would be shared almost evenly. In the case of wooing Party 3, much less power is shared.

This extreme example does shed some light on our political history. It helps to explain why the Minority Front has historically punched above its weight in KwaZulu-Natal. It may explain how tiny parties in the City of Cape Town were able to extract power from the DA or the ANC when that metro was on a knife-edge following the 2006 elections. And it may give us some clues as to what to expect after 18 May.

Which municipalities will be fun and games after the elections?

What complicates things further is that our democracy remains young and scar tissue is still raw. Identity politics are still very important and race is a big part of this. As voters, we are not yet completely cynical and world-weary and we might still punish our political party if it dared to form a coalition with the wrong party.

Imagine a scenario where Cope wins 20% of the vote in a Northern Cape municipality and the ANC and DA win 40% each. An ANC-DA alliance is the least likely outcome here, and we can safely disregard it. What happens next? The Cope elders will be in a difficult position: How can they claim power as part of a ruling coalition and not alienate their supporters in the rest of the country. Which of the ANC and the DA is the lesser of two evils here? The latest reports suggest Cope and the DA have an understanding of sorts, but what does this mean in terms of practical power-sharing and horse-trading?

Although our political landscape appears to be consolidating into a two-party system, watch out for some of the smaller parties on 18 May. They are only going to feature in a handful of municipalities, but they may still have a starring role and they could make for great viewing.

Below is a short look at some municipalities where a coalition is most likely, based on 2006 and 2009 election results:

There are a number of municipalities where a swing could happen, and the list below is by no means exhaustive.

Karoo Hoogland: The municipality includes Williston, Fraserburg and Sutherland.  The current council composition is four seats for the ANC, two for the DA and one for the ACDP. A coalition of the opposition would just need a shift in one seat.  The 2009 election saw the ANC only garner 31 % of the vote with both Cope and DA breathing down its neck and the ACDP having a solid showing.

Hantam: The ANC has six seats and the DA two. However, in 2009 the ANC got less than 40% of the vote. If the opposition can get their supporters out to vote and Cope can hold on to its voters and the ID supporters vote DA, this municipality could fall to an opposition coalition.

Emthanjeni (De Aar): De Aar is the home of Premier Hazel Jenkins. On paper, this municipality should be safe, but this ward comes into play not because of the DA or Cope, but because of one Vuyelwa Jonas, an independent candidate who was overlooked as the ANC candidate for Ward 3. There is a good chance that Ward 3 will fall to her. Ward 4 has another independent running. The ANC currently has eight seats, and the DA three with the ID on two seats. If the ANC loses Emthanjeni it would be a huge upset when one considers that its nearest challenger to its 59% of the vote in 2009 was the DA with 14% of the vote.

This is the most competitive province. The figures here are complicated by the amount of floor-crossing that took place in 2007, particularly from existing parties to the (then) newly formed National People’s Party (NPP), led by the infamous Badih Chaaban, who is also the mayor of the Cape Winelands. The NPP has historically been in coalition with the ANC, and has handed control of some closely fought municipalities to the ANC, but they’ve never had to contest wards at the polls.
As with Northern Cape, the list below is definitely not exhaustive.

Drakenstein: The municipality includes Paarl and surrounding areas. It is one of the secondary cities (biggest local municipalities) and one of the most important municipalities in the province.  The DA won 20 seats and the ID won 10 of the 61 seats in 2006, but eight of the 10 ID councillors defected to the ANC and the NPP in 2007. However, in the 2009 elections the DA garnered 47% and the ID 10%. The ANC had about 30% and Cope had 10%. This one might be a clear win for the DA/ID, but Cope could still play a role.

Laingsburg: In 2006 the ANC had two seats, the DA two and the Laingsburg Gemeenskaps Party (LGP) had two. Both LGP councillors crossed the floor to the NPP in 2007, handing control of the municipality to the ANC. In 2009, the DA received 33% of the vote, the ANC received 29%, Cope had 20% and the ID had 15%. The DA/ID might need the Cope votes to get over the 50% mark. DM