Analysis: The nascent rise of the independent ward councillor 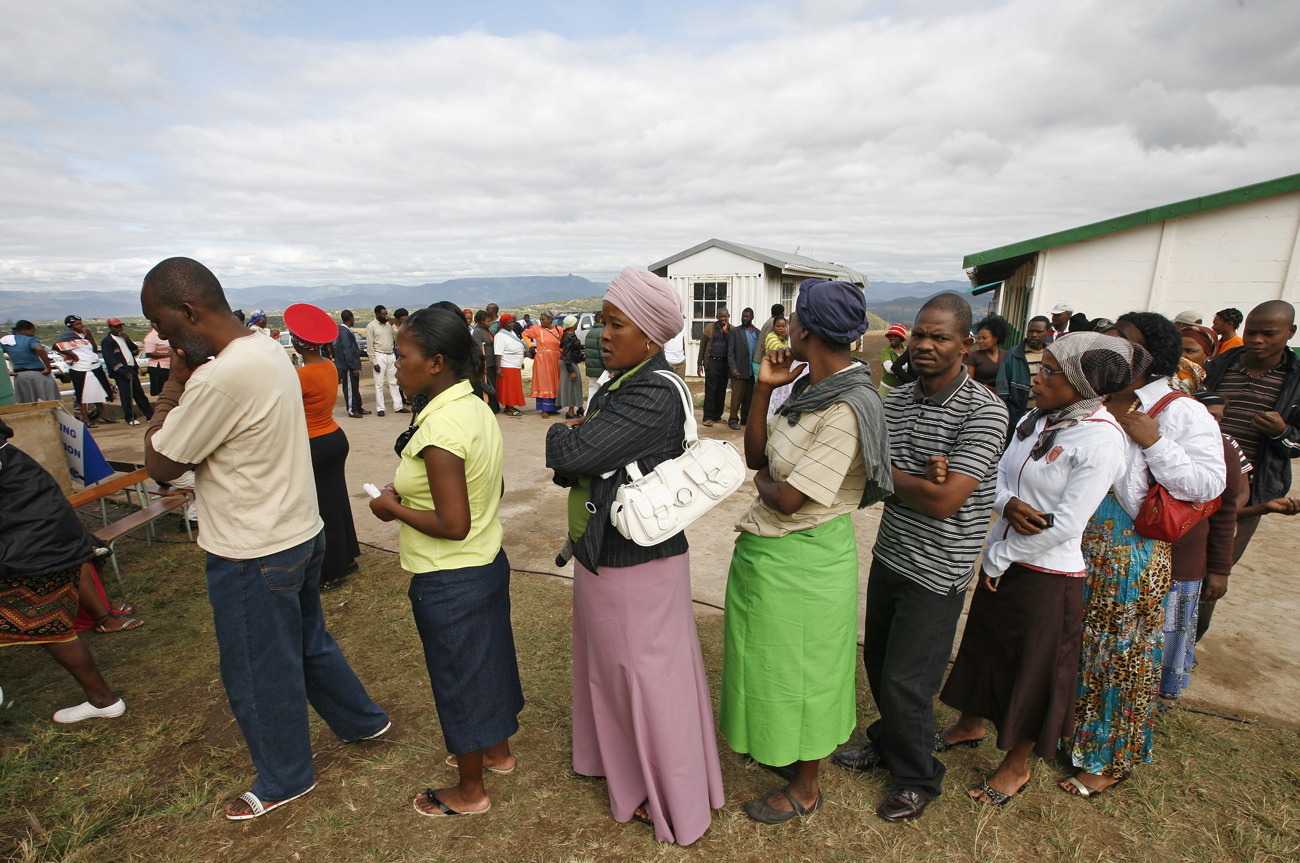 National anger at perceived failures of the ANC and a gradual maturing of voting patterns in South Africa’s adolescent democracy may be among the factors giving rise to the marked increase in the number of independent individual (not party affiliated) candidates standing in the coming local government elections. By PAUL BERKOWITZ.

A distinction must be made between independent candidates and small parties. The former do not belong to any party and are only on the ward ballot. Any registered party will be eligible for both ward and proportional representation (PR) seats.
Most of this growth in independent ward candidates appears to be due to dissatisfaction with the ANC’s internal selection process – those people and communities who are unhappy with their overall choices between the incumbent political parties have normally formed their own parties

The idea of civic-minded independents shunning the machinery of big parties and defending grass-roots democracy is a compelling one. Local elections, more than national or provincial ones, are supposed to promote the goal of devolving power from bureaucrats in Pretoria down to the streets and wards where people live.  But the reality is different if we examine the results of 2000 and 2006.

Citydex has done this by comparing the results of the past two municipal elections in South Africa’s biggest municipalities: the eight metros and 19 so-called “secondary cities”. These secondary cities are the most populous, richest and fastest-growing of all local municipalities. They include Mogale City [Krugersdorp], Polokwane, Rustenburg, Stellenbosch and Sol Plaatje [Kimberley].  They have the largest number of wards (due to their populations) and are home to more than 50% of South Africa’s population and total households.

As far back as 2000, the ward councillor vote was essentially a two-horse race between the ANC and the DA. Of the 1,189 total wards in our 27 municipalities, the ANC won 786 (66%) and the DA won 343 (29%). The IFP was a distant third with 52 wards (4%) and of those, 50 were in KZN municipalities (the other two were in Johannesburg). The Minority Front won two wards, both in Ethekwini. The PAC won one ward in Ekurhuleni and the George Community Initiative, essentially a one-municipality party, won a ward seat in George. Independent candidates ran in five municipalities and won four seats, one in each of Tshwane, Ethekwini, Polokwane and Matlosana [Klerksdorp].

In 2000 independents won in four of the five municipalities they contested, but in 2006, despite now contesting 23 of the 27 municipalities, they were only able to increase total wards won to five: One in each of Matjhabeng [Welkom], Johannesburg, Ethekwini, Polokwane and Sol Plaatje. Independents only won 34 seats out of 3,895 in 2006 – or just less than 1% of all wards.

Independent candidates do not have the budgets, support or history of the big parties. They are less visible to the voting public than the medium-sized (ACDP, PAC, FF+) or even the small/regional parties (MF, UCDP). If you were to place a bet on your horse, so to speak, the independents would surely attract the longest odds. Only the most trusted, hard-working and hard-campaigning independents are likely to win ward seats.

Is this history destined to repeat itself in the coming elections? Is anything different this time? The happy answer for those who love to support the underdog is yes; maybe this time things are different, at least in some places. A summary of the independent candidates for these elections reveals some interesting trends.

Firstly, the greatest number of independents is registered in Eastern Cape and Limpopo and not in the more populous provinces of Gauteng or KwaZulu-Natal. Already the odds appear to be shortening for our independents.

Secondly, the greatest number of candidates registered in these provinces is in smaller municipalities outside of our Top 27. In Eastern Cape there are more independents in Mbizana (28), Matatiele (15) and Idutywa (15) than in Nelson Mandela Bay Metro (6) or Buffalo City Metro (10). In Limpopo there are more independents registered in Mogalakwena [Potgietersrus] (22) and in Makhuduthamaga [Ngwaritsi] (21) than in Polokwane (14).

This means there are more independents contesting in municipalities with a fewer number of wards.  Winning one ward out of 130 in Johannesburg does very little to affect the balance of power in the metro.  Winning a ward in a municipality of only 30, or even 20, can make you king-maker. For the ANC, the prospect of losing three or four wards in such a municipality could be the difference between retaining or losing control of council.

Thirdly, the independents are not going to crowd each other out. There are a handful of wards with two independent candidates running and in no ward are there three or more independents.

The balance of power is still very much in the ANC’s hands in Limpopo, but Eastern Cape is a different story. The province saw a huge chunk of the ANC’s voting bloc fall to Cope in the 2009 elections; for example in Nelson Mandela Bay Metro the ANC’s share fell by 17% from 67% to 50%.  Cope’s share rose by the same amount while the DA marginally increased its own share. All anecdotal evidence in the province points to growing voter apathy and anger, both of which will hurt the ANC more than any other party. The threat from independent candidates is almost certainly bigger than the marginal appeal of the African People’s Convention, the PAC and the UDM.

It is unlikely that independents will do much better in capturing wards than they have in the past.  But things may be sufficiently different this time, in enough smaller municipalities, that we may yet see more government by coalition, particularly in Eastern Cape.  DM

Registered independents by province, highlighting the municipalities with the highest number of independents: