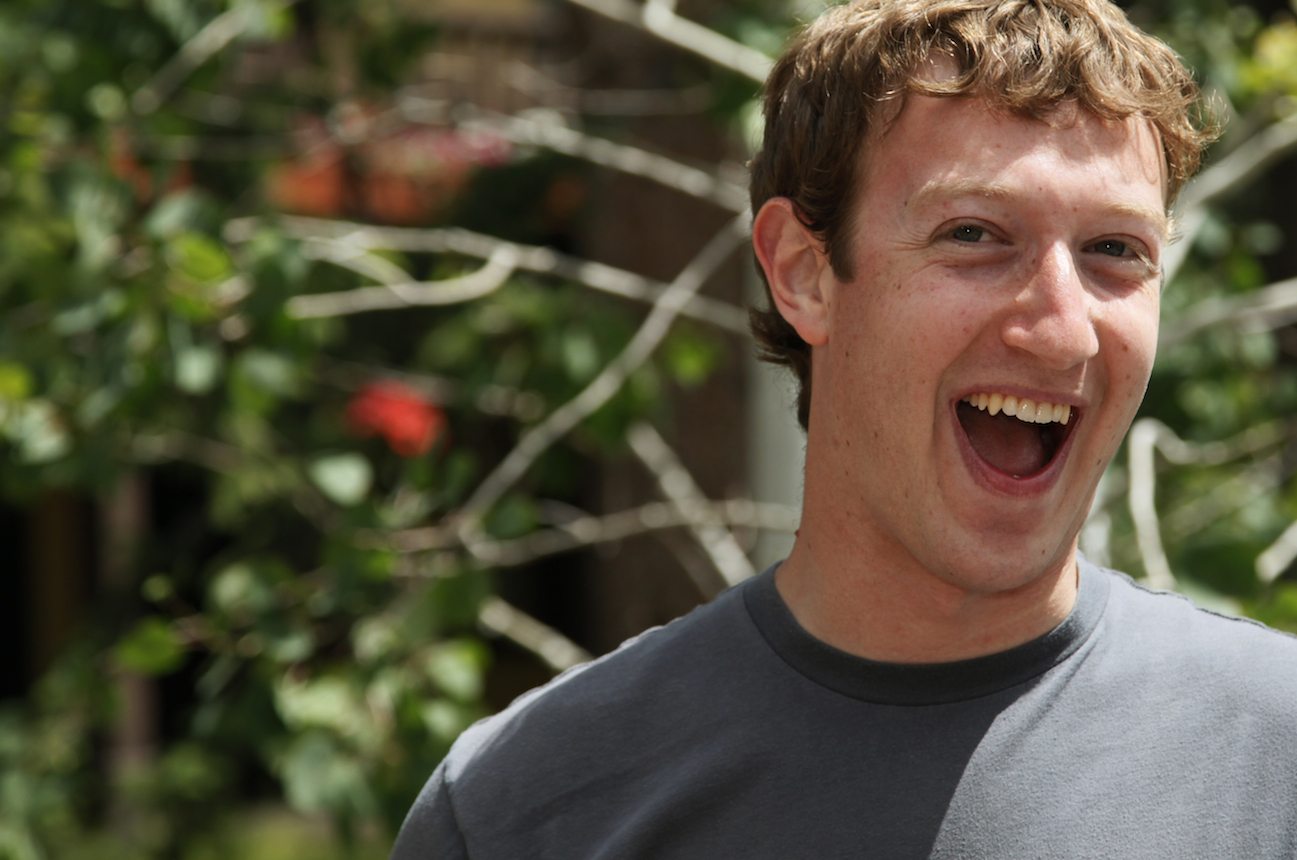 Casting aside the economic recession like an attempted Mike Catt tackle on Jonah Lomu, the Facebook steam train powers ahead to an IPO valuation that makes Google’s first-day listing value of $27 billion seem downright puny by comparison. By STYLI CHARALAMBOUS.

In January a Goldman Sachs-led purchase of Facebook equity valued the company at a jaw-dropping $50 billion after being in existence for only seven years. SABMiller took more than  100 years of selling beer to generations of thirsty drinkers around the globe to reach a market cap that size.

When the price was announced, it didn’t take long for naysayers to point their pitchforks at the dot.com bubble of 2000, where spectacular valuations were followed by even more phenomenal collapses. Anyone remember pets.com? But as with the turn of every economic cycle, investors continue to seek returns on their capital and they were just as quick to advise that this time it really is different. Or is it?

Goldman Sachs had planned to raise about $1.5 billion for the social networking company by allowing individuals to invest in a special fund that would count as a single investor. Regardless of the way the deal was structured, here was the world’s most (in)famous investment house putting its stamp of approval on the next generation of tech companies preparing to complete the job that Web (half-baked) 0.5 had started.

Since then, Facebook shares have traded on secondary exchanges, such as Share Post and Secondmarket.com, at prices that value the social networking behemoth at nigh on $80 billion. Already, that’s more than double Google’s 2004 IPO listing value and puts Facebook halfway to Google’s current market cap of $173 billion. Google’s current price-earnings (PE) ratio is 20.

Silicon Valley is now definitely in the midst of a feeding frenzy. It is commonplace nowadays for one-page scribbled business “plans” with any social media or mobile platform buzzwords to attract million-dollar-plus investments from venture capitalists and angel investors alike. It’s easy to get carried away by herd mentality in times like these.

But to look at Facebook in isolation and with the eyeglass on dot.bust is to ignore the rest of the accomplishments of the Web 2.0 phenomenon and why the market again feels tech companies are able to generate something other than paper profits. To adequately assess the valuation of Facebook and its prospects, one could look to the current Kings of the Tech Hill, Apple Inc, for an insight into the realm of revenue generating possibilities for Palo Alto-based Facebook.

It is about now that Microsoft executives are rueing the decision to exit their 1997 investment in Apple. A Bill Gates masterstroke (and Steve Jobs’ request) saw them invest in Apple to better the icy working relationship of the two tech giants and make some progress in the development of Microsoft products for Mac operating systems. Had they held onto this strategic investment, Microsoft would have seen its $150 million now valued at more than $6 billion.

Even as the Steve Jobs machine continues to unleash beautiful products such as the iPad, thereby driving once-off revenue, it is the platforms of iTunes and the App Store that excite investors and make its share price graph look as if it was sponsored by the pill that rhymes with Niagara. These two are the keys that help Apple generate revenue while its workforce sleeps or focuses on building more stocking fillers at its North Pole factory.

Artists and developers around the world create free and premium content for distribution allowing users to download and purchase around the clock.  And in so doing, generate millions in commissions for Apple Inc.  Launched in 2000, the iTunes store passed 10 billion downloads on 24 February 2010 and currently serves about 10 million downloads a day. With the launch of the App Store subscription engine, you can now add annuity commissions with App Store commission sales further strengthening its revenue lines. No wonder then Apple is now valued as the second biggest company in the world, just after oil company, Exxon Mobil.

But how does this all relate to Facebook’s fortunes and prospects?

The first was the holy grail.  The mantra of user experience above all else, even above revenues. Every time the prospect of advertising and monetisation of Facebook reared its head, Zuckerberg did whatever he could to delay serving ads on Facebook and rather enhance the “cool” factor of Facebook with a great and pertinent user experience. Similarly, Apple with its modern redesigns, made personal computing cool with its suite of Mac and i-anything range.

The second driver, which dawned on Zuckerberg a few years into the evolution of Facebook, was to think of his invention as a platform. A place where the foundations were being laid by him and his team and would eventually open up for developers around the world to create applications of every creed and colour to keep Facebookers coming back for more. This mimicked the way Apple used its hardware and software products to create a platform for others to distribute its wares.

Zynga, for example, a company barely five years old, produces game apps for Facebook such as Farmville and Mafia Wars and has 72 million users. Its current value is $7 billion to $9 billion as traded on secondary markets. Electronic Arts, famous for releasing the biggest video game titles in history, currently trades at a similar market cap of $7 billion with a PE of 17, except it took it 30 years to get there.

To fairly assess the $100 billion valuation of Facebook we need to look at its current revenues and the prospects of those revenues to grow. Current Facebook revenues, made up mostly of ad sales, total around $2 billion a year, representing about 7% of the current worldwide online ad sales market of $28 billion. With this market expected to grow to $80 billion and Facebook’s share of that grow to 40% in the next five years, that would take its revenues to $24 billion. Applying the same current market cap : sales ratio of Google, one arrives at a valuation of $143 million.  Suddenly a current value of $100 billion doesn’t look so far off. Perhaps the evil minds from Goldman Sachs were not so crazy after all.

However, that argument only looks at ad sales. What if Facebook creates a killer product, like a virtual currency, a Pay-Pal-like product that any one of its 600 million customers could use daily? Facebook credits is not far off this concept, and you can bet your bottom fan page a host of non-ad-related revenues is surreptitiously being plotted at Zuckerberg HQ. All that is required is for one or two services to take off and like a modern day alchemist, billions will be created out of naysayers’ lead.

With a user base growing at more than 1 million a day and not likely to subside anytime soon, our bet is it won’t be a pipe-dream to imagine, and not too far in future, Facebook dethroning Apple and even Exxon Mobil as the largest company in the world. DM