Beyond growing crops: The farmer and the markets 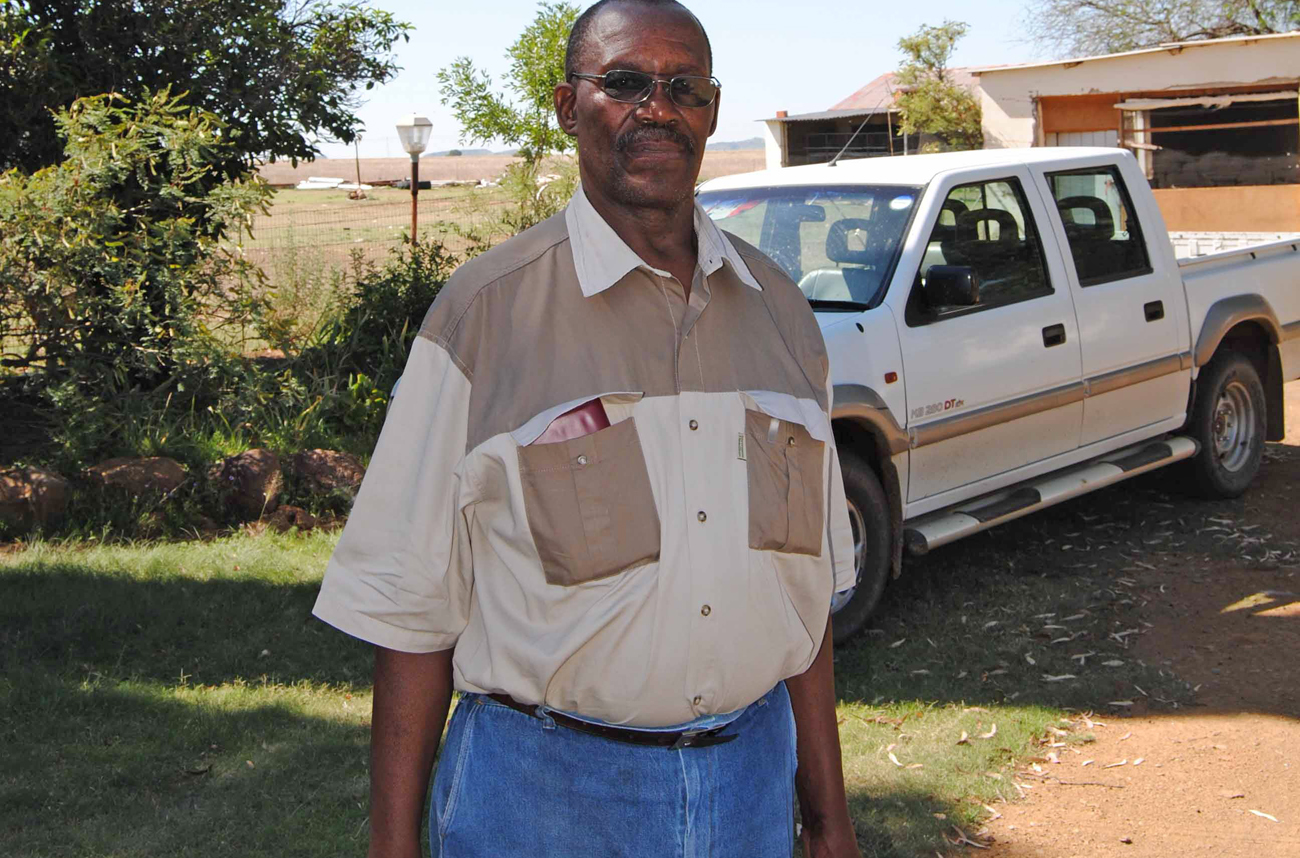 The Kimberley diamond fields and the gold mines of the Witwatersrand may seem unlikely allies of black South African farmers, but the mines' place in history, from the 19th century sharecropper to present-day emerging farmers, rests like detrital sediment in the fault plane of our history. By DONALD PAUL.

Charles van Onselen, director at the Institute for Advanced Social Research at the University of Witwatersrand, in his seminal work “The Seed is Mine: The Life and Times of Kas Maine” points out that the advent of diamond mining in Kimberley “meant that for the first time black peasants and white farmers on the Highveld had easy access to a rapidly expanding market for their products”. When gold was discovered, the white farmers looked to the fertile eastern Free State. More importantly, the land-grabbing whites, who lacked the equipment and wherewithal to farm, encountered displaced, “land-hungry black peasants” who “were looking for places to put their farming skills and equipment to work”.

Over the years, the relationship between the landless sharecropper and the landlord widened and by 1913 “farming-on-the-halves” was outlawed by the Natives Land Act. It didn’t stop blacks farming, but further racist legislation meant that by 1936, they were mostly reduced to farm labourers. Agribusiness had been spawned.

Sixty years later, in 1996, Sekehle Ephraim Mokethi, bought a 650ha farm near Sannaspoort, some 30km south east of Bloemfontein, becoming the only black farmer among the 20 or so white farmers in the district. He says his family were well received by the neighbours from the start. The area has significance for the Afrikaners. It was here in March 1900 that Chief Commandant De Wet inflicted a heavy defeat on the British Army, killing 159 soldiers, capturing 116 wagons and somewhat making up for the fall of Bloemfontein.

Mokethi, 69, bought the farm on a willing seller/willing buyer basis through the now defunct Agricultural Credit Board, but since then has received no financial or other assistance from the government. “The problem is we are now here on the farm, we’ve started to farm, but we don’t have starting finance. I farm on my pension fund. They just dropped me out [here].” He retired from the South African Police after 30 years, but fulfilled his dream to return to the land. “I was born on farms, brought up on farms, worked on farms as a labourer in the Reddersburg district. My father was a farmer.”

None of his six children—the youngest is at tertiary level—is interested in farming, but he believes that if farmers can make a success of it, young people would turn to farming. Research indicates that less than 30% of small-scale farms are profitable. He would like to see more involvement from the government, even at a very basic level, to help start-ups such as himself by supplying a few head of livestock, equipment and seeds. He also believes the agricultural extension officers need more training and experience. He is critical of how the department of agriculture is staffed, believing “they put the wrong people in the wrong portfolio—they take someone from a hospital and put them in agriculture—and don’t have people who have knowledge of agriculture”.

Izak Groenewald of the Centre for Sustainable Agriculture at the University of the Free State says that is changing. “By 2015 the CSA would have retrained more than 80% of the current agricultural extension officers to be better equipped to deal with the changing needs of the farmers.” In addition, he claims they have a number of former post-graduate students in key positions within the departments of agriculture and that of rural development and land reform, and are adding more every year. “We are starting to see the success of our efforts in the sense that our graduates are now  playing important roles in these key departments,”  he says, and names four or five directors-general and other alumni.

Léan van der Westhuizen, director of the Lengau Agricultural Training Centre attached to the UFS and which works with emerging black farmers, is currently in talks with Limakatso Moorosi, head of department at the provincial ministry of agriculture to get funding from the government to formalise LATC’s programme.  Moorosi is an agricultural science graduate from the UFS and is very aware of the outreach programmes required. “We focus on land reform programme farmers because they are the ones we have identified as having the most urgent needs,” says Van der Westhuizen, but they also work with other farmers in the district, such as Mokheti.

“I came here with four cows and one bull, eight sheep and one ram. I started from there. In 2000 I reached 114 head of cattle and 250 sheep,” says Mokethi. He currently has 54 head of Brangus cattle on the farm for beef production and about 200 sheep. He ploughs about 50ha, of which more than half is planted with mielies for fodder and next year he will add cow beans. Van der Westhuizen had suggested cow beans for additional fodder and because the surplus makes for a good cash crop. To generate additional cash, Mokheti brought in chickens – 200 layers and 200 broilers. “I sell the eggs to the tuck shops and spaza shops in the township. I don’t have [a commercial] market because I am too small.”

The farm produces more than 160 eggs a day, but to even be noticed by the food retailers he needs to be able to deliver more than 3,000 to 4,000 eggs daily. Groenewald agrees that while marketing and business plans are essential for today’s farmers, what’s more important is providing access to those markets. “The government must facilitate this access and begin to plan and budget for infrastructure development that will achieve this.”

Mokethi’s eventual aim is to become a commercial farmer. To achieve that he needs to grow. And to grow he needs access to markets, which is something the government can facilitate.

The early sharecroppers have now come into their own as emerging new black farmers, but the impetus that initiated it— the markets that were the mining camps—has regressed to a monolithic food industry fed by agribusiness. How government and the food retailers incorporate the small-holder farmer into the supply chain will have a major impact on the quality and the sustainability of the country’s food sovereignty. DM