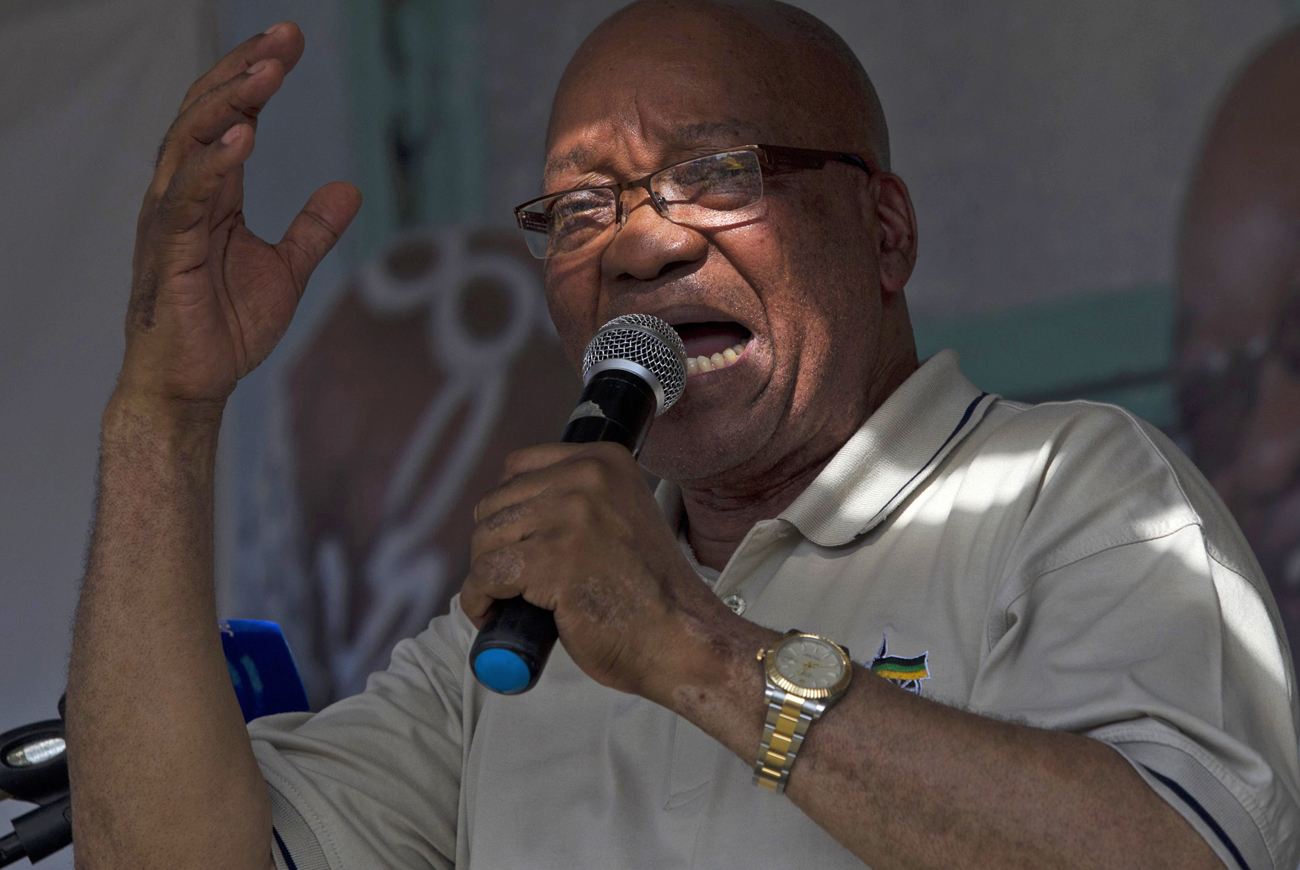 Look closely and you'll see some marked changes in the language our politicians are using, giving us some clues as to the problems they’re facing out on the campaign trail. Not a pretty picture. By STEPHEN GROOTES.

Part of the reason some see this as a “blink and you’ll miss it” election, where the most controversial issue has been how best to bust the DA with Verwoerd, is that everyone’s tired of hearing the same old arguments: We liberated you, we will make your life better, we have a better track record, they can’t be trusted, we have problems but we’ll fix them.

Of the factors that are going to determine the outcome of this election, perhaps the biggest is actually going to be turnout. It’s not so much about getting people to vote for you, it’s about getting them to vote at all. Accordingly look at President Jacob Zuma’s tone this time. In 2009 he was perhaps the single biggest electoral asset the ANC had. He swept through the only province where the party actually grew, KwaZulu-Natal with the message that the ANC will win; will do better. He campaigned as the new guy, eager to fix the mistakes of the past. It was almost as though he was campaigning against the old ANC.

Look at the effort in 2011, and it’s all about the need to actually get out to vote. Several times over the last week Zuma’s referred to how voting for the opposition would be “wasting your vote”. Over the weekend he told residents in Kimberley if they didn’t vote, “you are depriving yourself of a freedom we have fought for and given you. You are deciding to oppress yourself.” First, there’s the harking back to apartheid in that line. It’s very clever, if you don’t vote is the subtext, then you really are living as you did in the 80s. He also claims full credit for the ANC for liberation. Whether or not that’s true is a lengthy argument, but it’s election time, so what do you expect him to say? There’s also a hint of Steve Biko in there somewhere, that if you don’t vote, you’re mind has been colonised.

Zuma knows that, generally speaking, and with a hugely broad brushstroke, if you’re poor, black and pissed off, you’re just not voting. If you’re white, middle-class and pissed off, you’re going to vote, but not for him. So he’s got to invoke something to get the masses out to vote. And he is almost forced to be heavy-handed. How do you counter the image of black people on TV old enough to remember the days when they couldn’t vote now saying they will not vote? Well, you claim they’ve “been fed propaganda”, and invoke the horror of our past. It’s pretty sharp, but it’s all there is left for Zuma to use.

This also goes hand in hand with the other card the ANC has been forced to play. Yep, it’s the one marked “race”. Zuma himself has stayed pretty much away from it, it would be unpresidential (well, of this president at least) to use it too often. It’s striking how frequently this card has been used so far. In the battle for the Midvaal municipality, the ANC seems almost obsessed with removing the DA from power. It’s easy to understand why, but for Gauteng ANC spokesman Nkenke Kekane to say during a press conference the “DA is a party of white people” is pretty crude. It’s also just plain wrong.

But when you also have a Young Lion cub speaking before you, you happily let him play it, and then you get to reap the reward anyway. Julius Malema, of course, is the one who is going to overplay the hand. He said during the ANC’s Kimberley rally, “We must take the land without paying. They took our land without paying. Once we agree they stole our land, we can agree they are criminals and must be treated as such”. It’s pretty heavy stuff. It’s certainly the furthest Malema has gone in his “take land without compensation” roadshow. It would surely have been pretty easy for him to make exactly the same point without using the word “criminals”, after all, he has done so in the past. And he’s called her a “madam” and various other garden-variety insults. Malema’s is electioneering of the worst kind.

In the past the DA’s response would have been to get Helen Zille on the wireless as quickly as possible slamming him and calling him the racist. That hasn’t happened here. Over the last few years the DA’s election messages have gone from “Fight back” to “Stop Zuma” to, this time, “Your vote can win it”. It’s a real sign of maturity, of accepting the fact that, for the DA to win in this country, it will be judged by a higher standard. Perhaps that’s unfair, perhaps it’s the price you pay for not liberating the country (and that’s not a barb at the DA, that’s just a political assessment of our scene at the moment). They’ve also just stopped making Malema the story. They’ve learnt from the mistake AfriForum made by going to court over the “Kill the Boer” song, and realised that every time they say something, he’s just going to hit back in a more inflammatory manner.

“Your vote can win it” is really part of building on the success of 2009. Then, minorities realised their vote counted too, and so they came to the ballot box and the ANC won less than a two-thirds majority. This slogan is really aimed at making sure that wave becomes a tsunami that creates a political wash-down in a big metro. It will probably work, whether that will be enough is a bigger question.

We’ve just more than a week until people actually vote. That’s some distance, and it’s certainly longer than the standard definition of what is a “long time” in politics. But this could turn out to be an election where there really are no surprises, no new issues, nothing that will stand out. Which means the result could well end up speaking for itself. DM

Photo: South African President Jacob Zuma sings with his supporters as he campaigns in Richmond, 70 km (43 miles) east of Durban, May 3, 2011. South Africans will vote in municipal elections on May 18, 2011. REUTERS/Rogan Ward.