Analysis: Yanks regain some swagger, emerge better prepared for next round 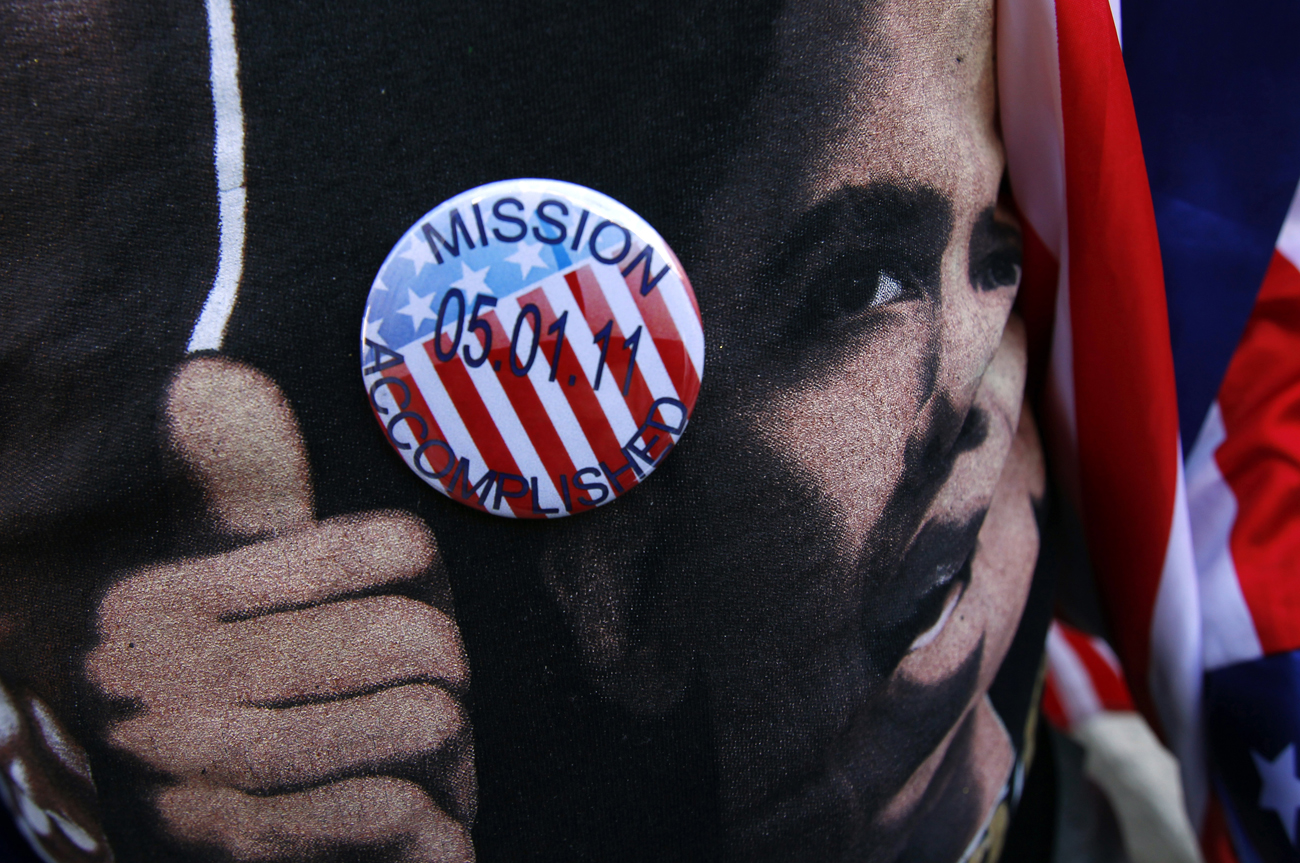 America, after the death of Bin Laden, is a different nation to what we've come to know over the past decade. The sense of invulnerability may never be fully recovered, but the new narrative is almost as compelling: You want a piece of us? Bring it on. There'll be nowhere to run, nowhere to hide. That attitude should stand it in much better stead the next time tragedy strikes. PHILLIP DE WET was in Washington and New York to watch the zeitgeist shift.

The wild jubilation and euphoria quickly settled down into a kind of grim self-satisfaction, and perhaps just a tad of embarrassment at the triumphalism that had come before. By Thursday afternoon, as US President Barack Obama visited the World Trade Center site where memorials to the 9/11 victims are under construction, the majority of the crowd looked askance at the woman chanting “Obama got Osama!” at the top of her lungs, and the somewhat crazed-looking man talking about US military might in somewhat colourful language (“Navy Seals? Those guys will fuck you up. They’ll fuck you so hard your grandkids’ll feel it”) was avoided by all but a couple of intrepid souls looking for photographs featuring his collection of US flags. Days earlier, outside the White House and other hotspots, everyone had joined in such chants and conversations. It was almost mandatory.

Some are starting to ask questions about why what is increasingly sounding like an assassination was initially described as a hectic firefight. Others are trying to shift the focus back to remembrance of those who died on 11 September 2001, sometimes out of discomfort that America is gloating over a dead body, enemy though he may have been. But for most, the Bin Laden story has run its course; a quick survey of a handful of newspaper readers on Friday afternoon found them far more interested in domestic news than more detail about, or the implications of, the Bin Laden raid. They liked the pictures of the wreath-laying ceremony, but didn’t read any of the several accompanying articles.

As the dust settles and normality returns, it is becoming clear just how important the death of Bin Laden was for the national psyche. When Fortress America suffered its first home-ground attack 10 years ago, it was immediately obvious that the self-confidence American children are seemingly born with had been dealt a terrible blow. At home and abroad, Americans became somewhat more timid, somewhat more weary, even a little less loud, except when they were over-compensating. A shy, introverted America was a weird thing to behold. Photo: U.S. President Barack Obama holds up a shirt for the 101 Airborne after speaking to troops at Fort Campbell in Kentucky May 6, 2011. Obama addressed several military units that recently returned from duty in Afghanistan. Also during his visit, Obama privately thanked some members of the elite special forces team involved in the raid that killed Osama bin Laden. REUTERS/Kevin Lamarque.

Less noticed, though, was the fact that the country never recovered. Perhaps the lack of healing was aided by the grinding wars in Iraq and Afghanistan, or perhaps by the first recession for a new generation of workers, or the swift rise of China and accompanying realisation that continuing economic dominance wasn’t assured either. Whatever the cause, it resulted in a watchful fearfulness, the mental equivalent of a lip chewed in worry replaced by a bright smile when anyone is looking.

This week the people of Washington and New York, at least, shed that sense of concern like an old skin. The more thoughtful spoke of a weight lifted from their shoulders or a clearing of the air. The more intellectually thoughtful spoke of a sense of national destiny regained. The great enemy was dead. It may have taken an embarrassingly long time, and the circumstances may have been less than ideal, but justice had been done, with extreme prejudice. The oft-used phrase was “We will never forget”, but the unsaid part, as nicely illustrated by the chant “USA ain’t none to fuck with” was this: We’ll take our revenge hot or cold, but it will come eventually. Because we are, indeed, stupendously badass.

It’s not quite the British keep-calm-and-carry-on attitude, but it will do in a pinch. Reports that Bin Laden’s organisation has been planning an attack that involves derailing a train caused barely a ripple of concern among passengers. The white powder mailed to schools in Washington, reminiscent of the anthrax letters that followed soon after 9/11, received remarkably little media attention. Even though there was general acceptance that this is now a vendetta, that al Queda may very well seek retribution of its own, there was little talk of potential targets or the need for new security measures.

“If something happens to me, if they get me with a bomb or something, then at least my momma will get to see them pay,” said one young man in New York. When the Obama motorcade passed just meters away a short while later, he executed a snappy military salute. He is not a soldier, he has to finish secondary school first. DM