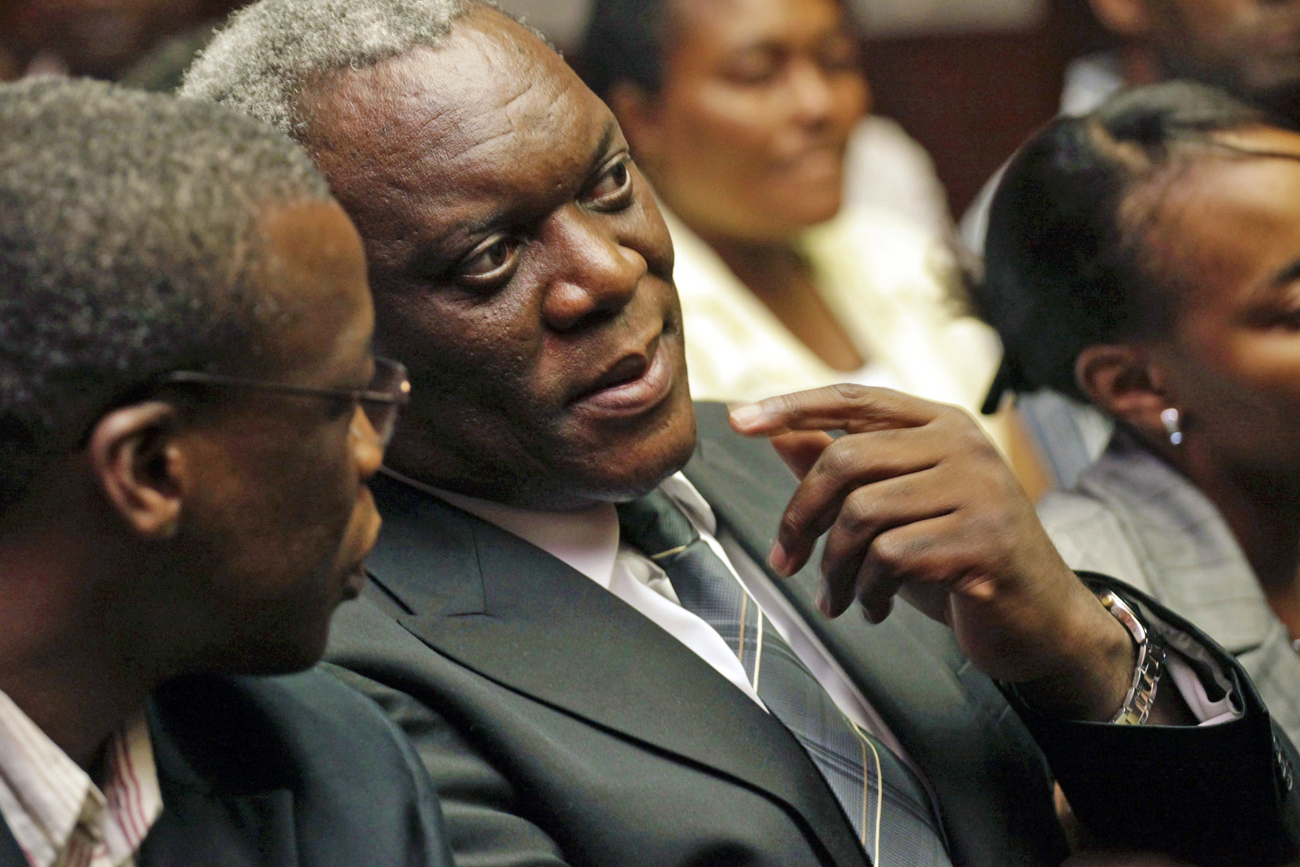 Zwelinzima Vavi put it well this week. The conviction of the wife of the state security minister Siyabonga Cwele for dealing in drugs “is the kind of thing that can only happen in a country that is close to becoming a banana republic”. He is absolutely right. By STEPHEN GROOTES (with some help from Frederick Forsyth).

Some might quibble with the “close to becoming” part. So let’s add some fuel to Vavi’s fire. Tokyo Sexwale yesterday came out fighting against the head of police intelligence, Richard Mdluli, who’s allegedly behind a report claiming he’s trying to unseat President Jacob Zuma. It may well be time to feel the first sense of panic.

The silence is deafening. Sheryl Cwele was convicted yesterday, along with her accomplice Frank Nabolisa, of “dealing in dependency-producing drugs”. And let’s be clear. It was the white powder, cocaine, not some strong brand of cough mixture. And it wasn’t that she was a small cog in a big machine. She was trying to get younger women to act as drug mules. One of them is already paying the price, an eight-year sentence in Brazil. We’re talking about one of the worst things a human being can do to another – smashing their moral compass. This is the act of scum. But the husband of this particular scum is the man politically in charge of keeping our country safe. The person in charge of our intelligence services. The one we’re supposed to trust with our most secret secrets.

And his response, in a democracy where the people are supposed to be able to hold their leaders to account. “The minister will not be issuing any statement or making any comment on this matter”, said his spokesman Brian Dube. President Jacob Zuma’s response, “We will not be commenting”. Right. That’s all nice and democratic. And transparent. And morally right, of course. And is all bound to set great examples. If you’re keen on turning your country into a bananadom, that is.

So then we’re left to just sit in a corner and worry. And think. Did Cwele know what is wife was up to all along and just think “Stuff it! We need the cash”? Or did some more complicated crime go wrong and she’s somehow taking the fall. Or did they think they’d beat the system? And, we may have mentioned this before, but how alert, how awake is our chief securocrat? Surely he is not.

But then, there’s also the flip side. How on earth is it that our justice system is still strong enough to ensure that guilty means guilty, no matter who you are. And,this is not a crime with wriggle room. The minimum sentence is 15 years. Which is the same minimum sentence one Schabir Shaik received, and one Jackie Selebi. Except that drugs is simply a factual case, there’s no politics involved at all. Shaik, of course, was different. But it’s hard to see how Sheryl Cwele could even appeal, never mind try to wriggle out of serious jail time.

So what will Zuma do? At the moment, it appears he’ll do nothing. No assurances to the worried citizens that the country is not becoming a gigantic crime enterprise, no statement on how morally wrong it is. If Zuma trusted Cwele enough to put him in charge of his security services, he is in a tough spot right now. And we don’t mean “trust” as in trust to protect you and me, we mean “trust” to protect Zuma. Maybe “loyal” is a better word. And if Cwele does, in some extraordinary feat of introspection, decide that he should resign,  Zuma will have to toil through yet another cabinet reshuffle. Which means Zuma would inevitably create more enemies. Which means it’s a dangerous move. Which means Zuma probably won’t do it. For now.

Unfortunately, things are actually worse than that. Because Sexwale has pointed out again the complete and utter mess that is our intelligence services against crime. Richard Mdluli was the head of police intelligence, and  arrested for murder, who, nonetheless, took time during his bail application to publicise an “intelligence” report about how Sexwale and many others were allegedly plotting against Zuma. It’s a rerun of the “Browse Mole” report that caused so much damage (and contributed to the sacking of then intelligence boss Billy Masethla by then President Thabo Mbeki) in the run-up to Polokwane. Sexwale has bided his time before coming out fighting, but has had a real go at the people behind it. Good luck to him, but with the best will in the world and plenty of resources, we still don’t think he’ll find who is/was ultimately responsible.

But that would read like some far-fetched novel where the criminals have actually taken over an entire fully functioning nation-state. It would sound too far-fetched. Impossible, don’t you think? Are you going to say the chief of police was doing deals on the side over a new police headquarters? Add some real spark to your novel, chuck in a guy from the Czech Republic who arrives under an assumed name, with an Interpol warrant out for his arrest, and yet is allowed to live a normal free life. Or why not a police chief who was just friends “finish en klaar” with a gangland boss. And for your climax, write that the country’s president is the guy who gets to decide whether there should be an inquiry into the arms deal from which his party, the ruling party, and he himself, benefitted.

No one would believe that would they?

And in case your novel is starting to put you to sleep, let us remind you of something. Siyabonga Cwele is the man who can monitor your phone calls, your emails, pretty much your entire life. DM