Al Qaeda admits: Osama is a Has Bin

Al Qaeda admits: Osama is a Has Bin 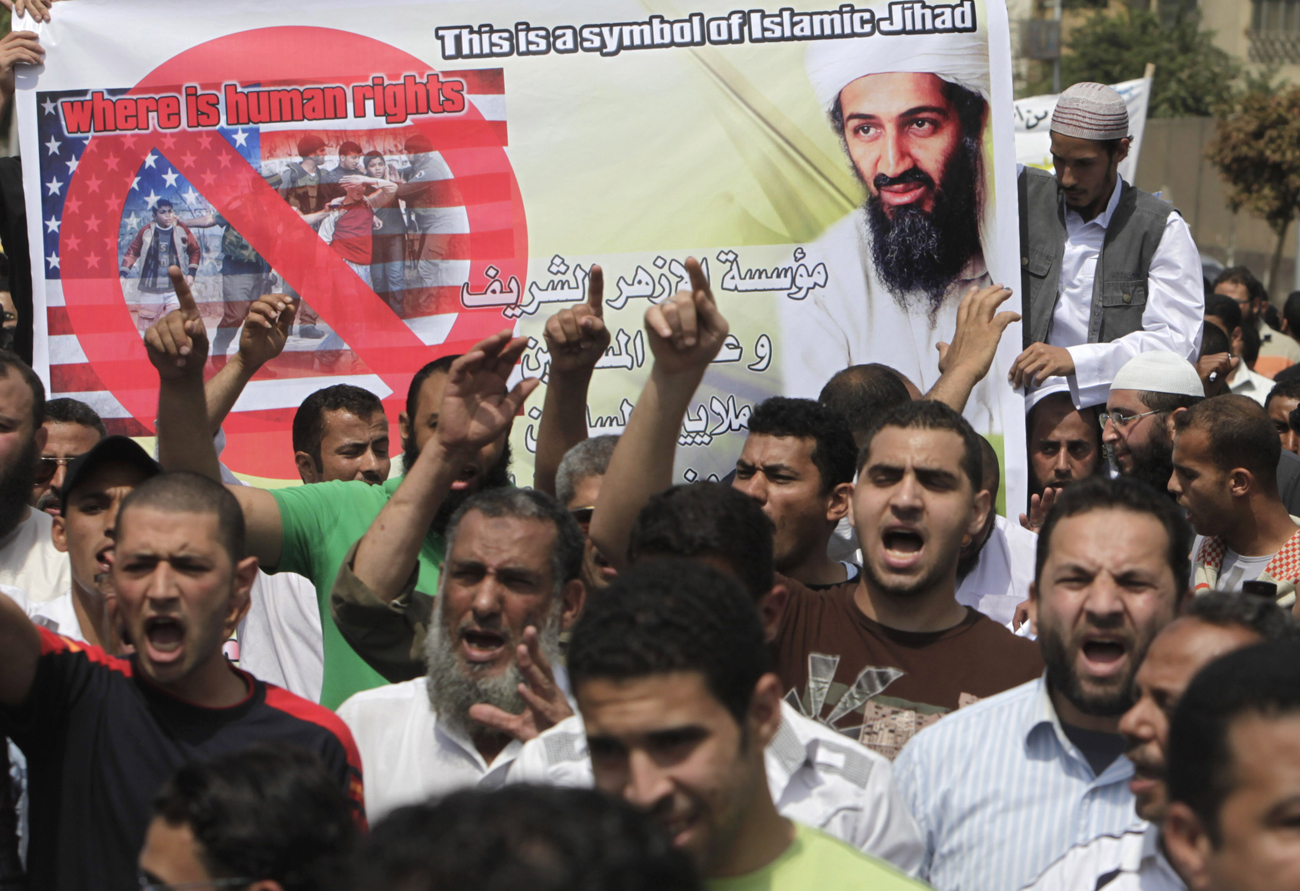 Just when the wired world’s viral load was about to go stratospheric because of the absence of any gruesome photographs, the Site Intelligence Group that tracks Islamist websites, announced al Qaeda had issued a statement on jihadist Internet forums confirming the death of its leader, Osama bin Laden. The statement also said a voice recording Bin Laden had made a week before his death would be released soon. By J BROOKS SPECTOR.

The al Qaeda statement came just days after a team of US Navy Seals carried out a raid on a compound in the Pakistani city of Abbottabad, some 50km from Islamabad and only 700m from one of Pakistan’s military academies. The public statements about the specifics of the military action have been sufficiently contradictory for a new crop of denialists to be hard at work, trying to prove Bin Laden is still alive, or he’d been dead for years, or he’s been in Guantanamo’s military prison or even that he never existed at all and was a creation of western intelligence agencies.

However, according to Site’s translation of the al Qaeda statement, the group praised Osama bin Laden’s sacrifice, threatened action against the US for his death and urged Pakistanis to “rise up and revolt”. The statement went on to say Bin Laden’s death will be as a “curse that chases the Americans and their agents, and goes after them inside and outside their countries. Soon – with help from Allah – their happiness will turn into sorrow, and their blood will be mixed with their tears.” Not nice, that. But there was still more.

Site quoted the release saying the group would “continue on the path of jihad, the path walked upon by our leaders … without hesitation or reluctance”. And added: “We will not deviate from that or change until Allah judges between us and between our enemy with truth. Indeed, He is the best of all judges. Nothing will harm us after that, until we see either victory and success and conquest and empowerment, or we die trying.”

Making the most of their latest 15 minutes of fame, al Qaeda added that Americans “will never enjoy security until our people in Palestine enjoy it. The soldiers of Islam, groups and individuals, will continue planning without tiredness or boredom, and without despair or surrender, and without weakness or stagnancy, until they cause the disaster that makes children look like the elderly!”

Turning to Pakistan, the statement added the Pakistanis must, “cleanse this shame that has been attached to them by a clique of traitors and thieves” and “from the filth of the Americans who spread corruption in it”. Of course, Pakistan is now also under pressure from various Americans over the way Osama bin Laden had been allowed to live undisturbed just a short distance from the country’s capital, despite $20 billion worth of US aid to Pakistan, a $25 million price on his head, the presumed close coordination between the Pakistani army and government with the US and an international manhunt.

Meanwhile, US government sources have been telling the media that computer and other information taken when US forces raided Bin Laden’s house speak of new plots to carry out 10th anniversary attacks in commemoration of the 9/11 disasters. Those attacks had used hijacked airliners that killed nearly 3,000 people, destroyed the twin towers of the World Trade Center in New York and caused significant damage to the Pentagon building, headquarters of the US department of defence.

According to intelligence analysts, while Osama bin Laden had been living in obscurity and secrecy in Abbottabad, he had continued to keep in touch with the terror network he created. Many intelligence analysts had previously concluded Bin Laden had been sidelined operationally and recast in the role of a figurehead, inspirational figure who had little role in al Qaeda’s operations.

But, contrary to earlier speculation, one US briefer told reporters Bin Laden, “wasn’t just a figurehead. He had continued to plot and plan, to come up with ideas about targets and to communicate those ideas to other senior al Qaeda leaders.” Ben Venzke, who heads a company that tracks terrorist group Internet-based communications, added, “If he could get six audio messages out in a year, he could certainly get instructions to his followers”.  And Bruce Hoffman, a Georgetown University-based scholar of al Qaeda, said, “Until now, the prevailing wisdom was that he was hiding in a remote, isolated mountain range and cut off from his followers. Now we know that was all wrong and reconsider what his role really was.”

Just when you thought it was safe to go back on public transport, a rushed examination of the materials from his house has led US officials to warn that al Qaeda had been considering attacks on American railroads too. The information translated and analysed so far includes notebook entries that discuss tampering with rail tracks to derail a train passing over a bridge during a major holiday, during the State of the Union address or on the 10th anniversary of 9/11. But while they had the notebook entries, they added they had no hard evidence of any specific plot.

Following the raid on 1 May and after reading some of the material seized, officials in the US department of homeland security have been re-examining potential terrorist targets and beefed up security at airports. Now, based on the information obtained from the raid, the US transportation security administration has issued a warning to the railroads as well.

In the months before the raid, in an effort to confirm Bin Laden’s presence, CIA officers had used telephoto lenses and infrared imaging equipment to study Bin Laden’s compound, eavesdropping equipment to listen in on voices from inside the house and intercept cellphone calls, and even satellite radar to search for possible escape tunnels. All of this had taken place before Obama gave the final go-ahead to launch the helicopter-led raid.

Undaunted by al Qaeda’s announcement of its leader’s death, we can expect conspiracy buffs to somehow construe this statement by al Qaeda as proof positive of yet another, even more sinister conspiracy, deeper, broader and far more insidious than the ones which are already so beloved of those who really believe. After all, al Qaeda’s statement confirmed nothing about the Yeti, Elvis, Area 51, the Kruger Millions, the Grassy Knoll, Nessy or the Illuminati. DM

Photo: Islamists hold a picture of Osama bin Laden during a protest in Cairo, May 6, 2011. Al Qaeda confirmed Osama bin Laden was dead on Friday, dispelling some of the fog around the killing of the “holy warrior”, and vowed to mount more attacks on the West. REUTERS/Asmaa Waguih.