The new dance only taps a desire for the old

The new dance only taps a desire for the old 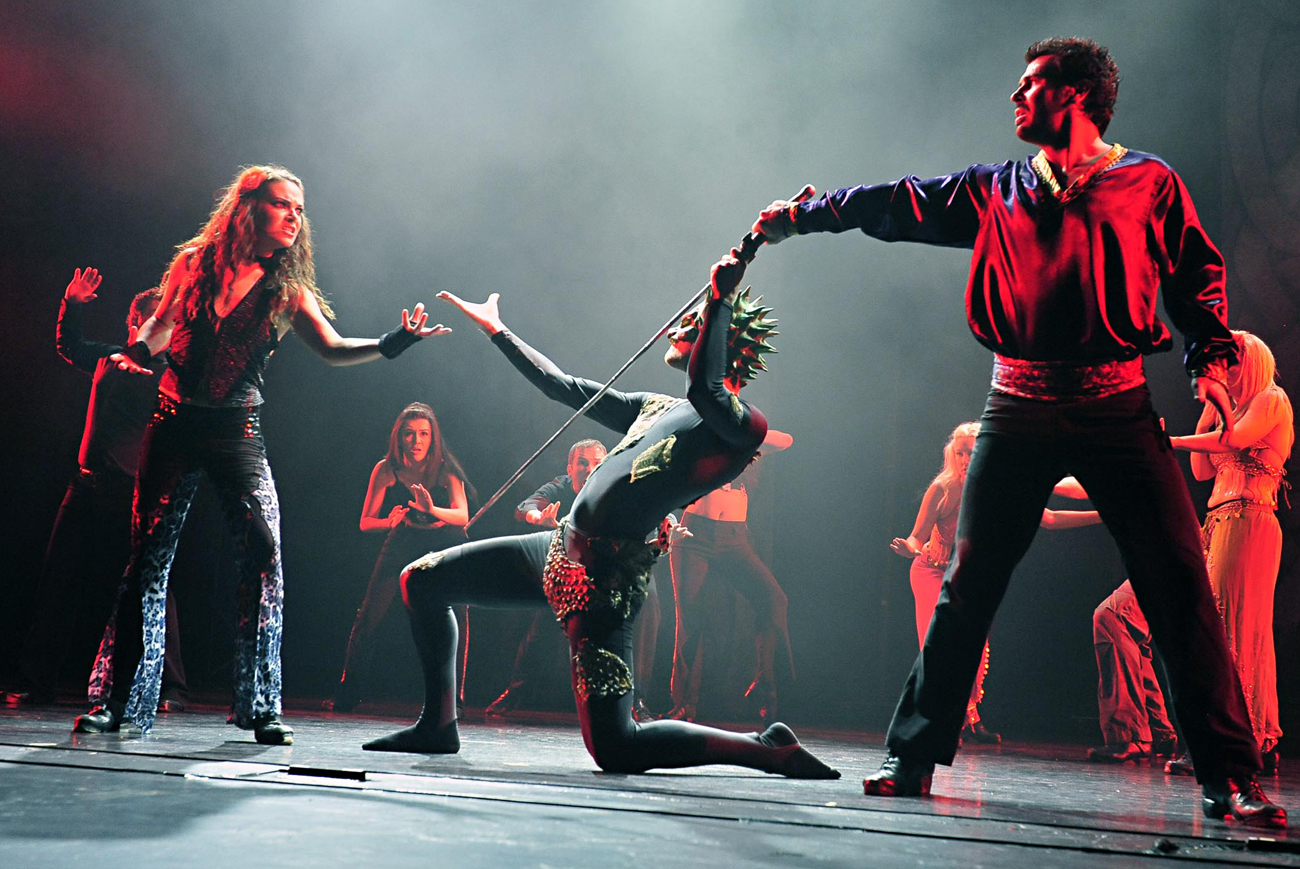 Half-way through the first act of  “Dance Of Desire” I realised I’d lost the plot. Which was a little careless, because there really hadn’t been much of a plot to hang onto in the first place. By LESLEY STONES.

The show is the latest derivation of the popular Irish dance shows, promising to liven up those sometimes staid peg-doll routines by blending in a potpourri of other styles too. They smile and move their arms as well, so right from the start you know this isn’t traditional Irish fare. Soon you realise it’s strayed an awfully long way from that starting point somewhere near “Riverdance”, becoming an odd blend of Top-of-the-Pops meets Irish folk dancing. With some belly dancing too, as if in keeping with the “Arab Spring” revolutionary upheavals. It’s not only going to upset the purists, but ironically it also made me a touch nostalgic for the genuine thing, where energy and passion are channelled into the feet in almost repressed, but extremely focused professionalism.

Here the dancers bounce all over the place, with no real passion on display. By aiming to making it more accessible, they’ve diluted the Irish culture without finding anything of substance to replace it. The story and the names are the most Irish thing about it, with King Lir (Christopher McSorley) and Queen Aoife (Marie Lynch) performing some fiery numbers. The king has married his dead wife’s sister, who turns into a wicked stepmother determined to do away with her four inherited daughters. There’s a goblin too and a sword of light that protects the girls. So good versus evil is portrayed by some nicely choreographed dance-offs.

A couple of musical numbers don’t really seem to gel with the whole thing. Then we get monks, some ballet and belly dancing, and very pretty lighting on the minimalistic stage. Plus attractive dancers with nice smiles and colourful costumes, including a few that wouldn’t look out of place in a Victoria’s Secrets catalogue. Remind me again – what was the plot?

The show’s credentials are impeccable. It’s staged by Ireland’s Dance of Desire national dance company and the 25 performers include some world champions. It’s by far at its best when the cast returns to its roots and gives us a line up of disciplined Irish dancing, with the tapping crescendos proving far more powerful than the fluffy other stuff.

“Dance Of Desire” has toured the world and other reviewers have described it as “stunning”, “outstanding” and “world class.” But it didn’t pass the Johannesburg toilet test. Conversations in the queue for the loo are often an accurate gauge, and one young woman complained that she wasn’t enjoying it. “I see a lot of shows and I have certain expectations,” she said.

With little sense of heart and soul and a lack of cohesion between the scenes, the only desire it rouses is to cast out the flummery and reinstate the traditional. DM

“Dance Of Desire” runs at Joburg Theatre until 22 May.