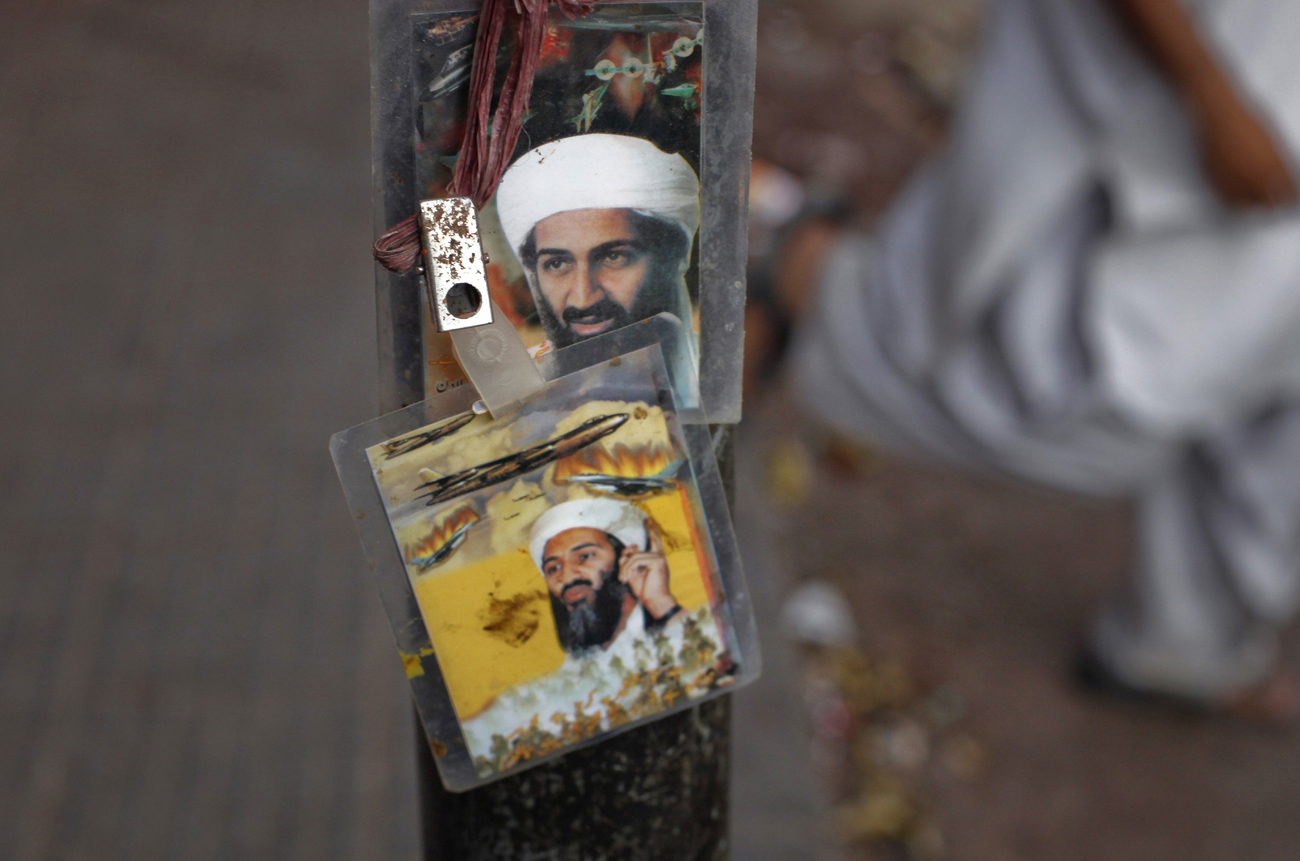 Now that the frenzied moment is over, we can focus on things that actually matter in the Osama bin Laden affair. Such as getting to the bottom of why the US won’t show us photos of what happened actually. Is it because the entire thing was an elaborate hoax designed to keep people in the dark about the fact that Bin Laden doesn’t actually exist? Hmmm? SIPHO HLONGWANE delves into the deepest, darkest corners of the Internet in search of the OBL conspiracy theories. So you don’t have to do it yourself.

“See! See! President Barack Obama has declined to release the photos of Osama bin Laden’s body! Why would he do that, unless he had something to hide?”

The Internet is awash with this sort of sentiment. Did you find something odd about the raid on the compound in Abbottabad, the killing of Bin Laden, his burial at sea and the way the US is handling the aftermath? Something that didn’t sit well with you, or was perhaps inadequately explained? For some, this is more proof that the evil American government and its corporate lobbyist pals were at it again – LYING to the American public to KEEP them in the DARK!

There are so many conspiracy theories to pick on. The one gaining legs says Bin Laden wasn’t killed on Monday. He was either not there, or a body double of his died, or he’s dead already. One such “deather” is Cindy Sheehan, a mother of fallen US soldier and erstwhile thorn in George W Bush’s flesh, who posted on her Facebook page, “I am sorry, but if you believe the newest death of OBL, you’re stupid. Just think to yourself – they paraded Saddam’s dead sons around to prove they were dead – why do you suppose they hastily buried this version of OBL at sea? This lying, murderous Empire can only exist with your brainwashed consent – just put your flags away and THINK!”

Sheehan isn’t the only one to disbelieve the news about Bin Laden. Residents of Abbottabad struggle to believe that the world’s most-wanted man lived in their midst. There is a general mistrust in the world and the Middle East especially of Obama’s motives for the raid, if not the assertion that the former leader of al Qaeda is indeed dead. But is it one thing to be shocked to discover that a nefarious terrorist was living in your area, and another entirely to actually believe that there were other motives for the killing of Bin Laden.

In the last week of April, Obama finally responded to the “birther” brouhaha rekindled by election-race-joker Donald Trump by releasing his full birth certificate. The US president then went on to demolish Trump (with the help of Seth Meyer) at the White House Correspondents Dinner, in the presence of the real estate mogul and TV star. According to one conspiracy theory, this wasn’t good enough for Obama – he then went on to order a highly dangerous mission into Pakistan to distract from the birther controversy. As MSNBC talk show host Rachel Maddow said on The Daily Show, the idea that the bigger issue here is Obama’s birth certificate, and not the death of Bin Laden, tells you all you need to know about the proponents of the “birther” myth.

But it gets better! There’s the other conspiracy theory that will come your way one of these days via the “9/11 was an inside job” crowd. The theory that the September 11 attacks were orchestrated by the Bush administration was most famously rehashed in Zeitgeist, a “documentary” that purports to show that, among other things, the business links between the Bush and Bin Laden families prove that the former were directly involved in planning 9/11 for material benefit. Variations of this theory include believing Bin Laden was actually a CIA asset, or that he doesn’t exist at all and was invented by the Bush administration as a bogeyman so they could invade the Middle East. It helps these people a lot that Bin Laden was buried hastily at sea and that Obama has said he won’t be releasing any photos of the body of the terrorist.

The more fanciful theories aside, there are lingering and legitimate questions about the details of the raid on Bin Laden’s mansion. The Pakistani authorities claim the 12-year-old daughter of Bin Laden witnessed his death and may contradict the US government’s version of why Bin Laden was killed. According to the US military, he was shot as he was reaching for a weapon.

The Independent’s Robert Fisk wrote that capturing Bin Laden alive and presenting him to “a court would have worried more people than Bin Laden. After all, he might have talked about his contacts with the CIA during the Soviet occupation of Afghanistan, or about his cosy meetings in Islamabad with Prince Turki, Saudi Arabia’s head of intelligence. Photo:Supporters of al Qaeda leader Osama bin Laden, who was killed on Monday in a U.S. special forces assault on a Pakistani compound, burn a replica of a U.S. flag during a rally of more than 100 people in Multan May 4, 2011. REUTERS

“Just as Saddam – who was tried for the murder of a mere 153 people rather than thousands of gassed Kurds – was hanged before he had the chance to tell us about the gas components that came from America, his friendship with Donald Rumsfeld, the US military assistance he received when he invaded Iran in 1980,” Fisk wrote.

The myth of Bin Laden and the conspiracy theories that swirl around his name are unlikely to abate. The conditions under which these ideas thrive are still very present. The general mistrust and resentment of the US government are still there. And there’s the unfortunate fact that many conspiracies in the Middle East turned out to be true. Foreign Affairs said, “One reason the region is so susceptible to conspiracy theories is that it has been subject to an unusually high number of actual conspiracies in the past. The overthrow of Iranian President Mohammed Mossadeq in 1953 was driven by a secret US and British plot to remove him, and the 1956 Suez War was the result of a covert British-French-Israeli agreement struck in France. Thus, today’s conspiracy theorists often cite real conspiracies of the past as evidence for present-day ones.”

Foreign Affairs continues: “Conspiracy theories also flourish where people feel disempowered – a condition that applies to the Muslim world. In much of the region today, there is  a sense of ideological aimlessness and a feeling that the region, for all its history, is unfairly weak and vulnerable compared to the West. Even Bin Laden used rhetoric along these lines, justifying jihad as a counterattack against a conspiracy and explaining the ‘crusades’ as a Western and Christian conspiracy against Islam. Conspiracy theorists seek to counter these sentiments of disempowerment.”

Bin Laden’s lasting legacy may turn out to be his continued reappearance on obscure websites alongside September 11, the moon landing and other conspiracy theories about how evil Uncle Sam is. And let’s not forget Elvis, Roswell and the Illuminati. DM

Main photo: Images of al Qaeda leader Osama bin Laden are displayed for sale at a roadside in Karachi May 4, 2011. Bin Laden was unarmed when U.S. special forces shot and killed him, the White House said, as it tried to establish whether its ally Pakistan had helped the al Qaeda leader elude a worldwide manhunt. REUTERS/Athar Hussain.