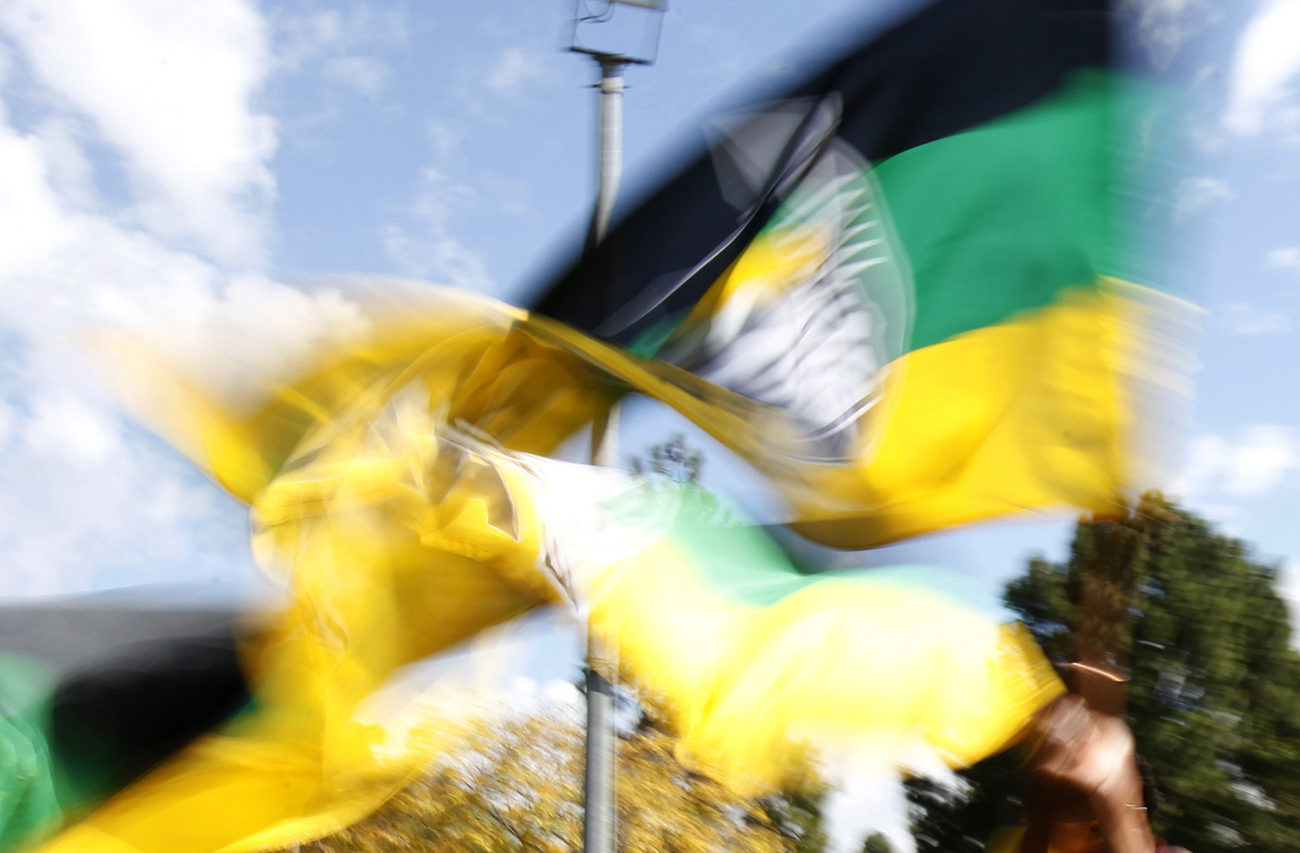 Elections are the time for spin, hype and a little bit of sheer nonsense. Many people say many stupid things that are simply improvable. Some stoop to insults, others just get carried away. So the fun part is to see who’s losing their heads and who isn’t. Who has a solid grasp on reality and who doesn’t. It’s not a straightforward process. And neither is an ANC press conference – certainly not at the moment. By STEPHEN GROOTES.

On Wednesday the Gauteng ANC called a press conference, for an update on the progress of  their election campaign. At the last minute they sent out an email moving it from their headquarters (thank God, because there is simply no parking there) to the Gauteng Legislature (where you can beg a space near the High Court). The final line of the email was charming, it said “NB please come”. So, I did. I was duly there for 11:00 only to find, along with my colleagues, that the door to the meeting room was locked. We went in at around 11:06. That was still a full 40 minutes before Gauteng ANC provincial secretary David Makhura deigned to appear.

But no matter. There was the earth-shattering announcement that “we will win Midvaal”. Okay, you’ve told us that before. But now the party has released its “win Midvaal” plan. It involves identifying marginal wards, and as Makhura put it, “moving into the enemy territory” and convincing their members to vote for the ANC. Cunning hey? Wow. Really, that’s a world-class political mind at work there. Enemy territory? I wonder how the Midvaal residents feel about that characterisation.

There are some interesting stats though. The ANC in the province has 10 volunteers for every voting station, making a total of more than 20, 000 people. They’re hard at work, canvassing in person, phoning etc. They are probably making an impact, as an experienced political professional put it to me this week, “You always get a bump if you campaign”. The party claims it has spoken to more than a million voters so far and hopes to improve on that in the next week or two.

There’s also an admission from Makhura that the campaign “is now working like a well-oiled machine, but was slow to get going”. He says the ANC is “brimming with confidence”. He was asked, perhaps unkindly, whether the party was confident enough to announce the name of its Joburg mayoral candidate (it’s an open secret it’s Parks Tau and it’s claimed the ANC doesn’t want to release his name because he’s the one blamed for creating Joburg’s billing crisis). Makhura’s response was by the book, “That’s a national decision, and we abide by it”. Ho hum, so much for local democracy then. And transparency.

Makhura was far more fun to watch on the subject of the DA. “They are losing momentum… they are retreating to the Cape”, is his claim. This is based on the fact that at the beginning of their campaign Helen Zille boasted her party would win Tshwane, and now is just crowing about “gaining black support”. The point being that this is a climb-down. We’re shocked, shocked we tell you to discover that there is spin in this election campaign.

The Gauteng ANC did actually have one big announcement to make, something for which they held us back. With a flourish the door opened, and a gaggle of blue-shirted people walked in. Yip, you guessed it, defections. Surprise! One DA councillor from Ekhuruleni was defecting to the ANC. And she’d brought some of her ward members with her.

Her name is Liliwe Milwana and after the introduction and a brief statement, she was willing to take questions. Oops. First one, “Why are you leaving the DA?” Well, it seems Milwana is not actually a serving councillor anymore, because, “I was sequestrated and the DA immediately removed me from the council”, and she wasn’t allowed to stand in these elections. She responded to the inevitable question about betrayal and 30 pieces of silver with, “I didn’t betray the DA, the DA betrayed me, by refusing my right, my Constitutional right, to be a public representative”. That’s probably not how Helen sees it.

I was in a grumpy mood (it was just before lunch by now) and felt the need to kick some reality into this. It was time to mention the fact that just about every defector before her from no matter what party to another party, had all faded from the scene, how she won’t be a councillor now, and if President Jacob Zuma did revisit the councillors in a bid to solve the candidate selection problems he’s having, there will definitely be people higher in the pecking order than her. It was a little brutal, but merited. She said, in a moment of genius, “I didn’t do this for me, I did it to serve my community”. We don’t mind saying, that while we do think this is probably the most media attention Liliwe Milwana ever gets, we won’t forget the name either. Just in case.

It’s strange how at the moment, there are simply no hard figures in this election. No one really knows how things are going to pan out. Everyone’s making claims and counter-claims. The ANC is getting into gear (no, not that Gear, not since Polokwane) and is making progress. The DA has some early momentum, and is now pushing hard to keep that going. It’s still way too early to call any of the big metros. But it’s interesting that the ANC feels it has to fight so hard. And makes such a meal out of one measly former councillor.