Analysis: Land reform or restitution, that is the quest...

Analysis: Land reform or restitution, that is the question 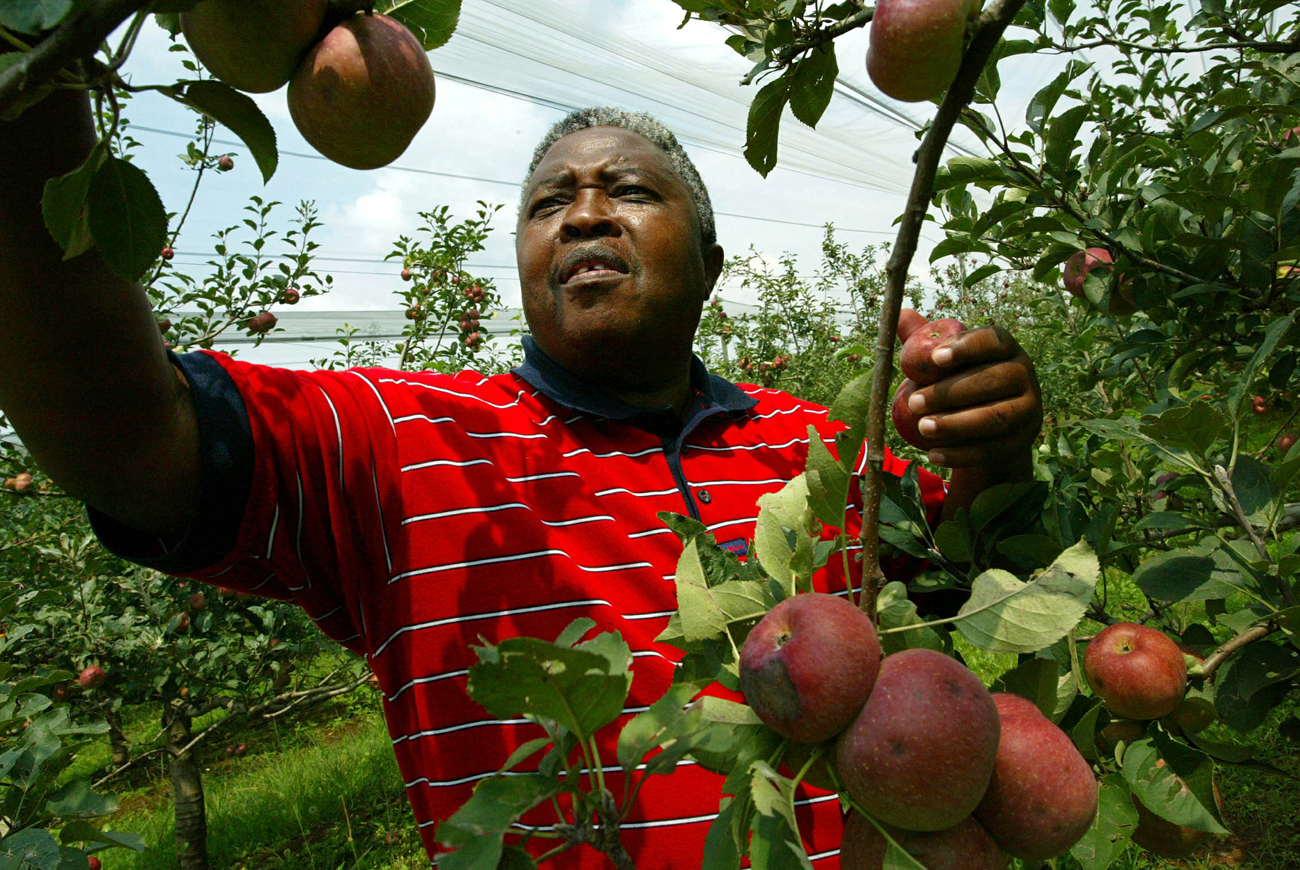 With fluctuating weather patterns, a commercial farming sector in decline and soaring food prices, the management of agricultural resources—i.e. farming—would seem paramount in a land reform programme. Should restitution still remain a more fundamental priority than reform? By DONALD PAUL.

As Ruth Hall, senior researcher at the Institute for Poverty, Land and Agrarian Studies (Plaas) at the University of the Western Cape who has written and commented extensively on land and agrarian reform, says, these are complex issues. “It was a choice in the 1990s that the Truth (and Reconciliation) Commission would not deal with land and that land would be dealt with by a commission on restitution.” The point she’s making is whether we have built that “link between land and reconciliation” and whether we can implement agrarian reform without reversing history? Is there an alternative?

In 1994, when South Africa became a democracy, 70% of its arable land—approximately 85.2 million hectares out of a total of 122.5 million hectares—was owned by 60,000 white farmers who employed more than a million black workers and their families and who now faced tenure insecurity. In addition, an estimated 1.2 million blacks—small holders and subsistence farmers—occupied land in what were previously known as “homelands”.

The South African Constitution gave people and communities dispossessed of land after 19 June 1913 as a result of racially discriminatory laws or practices the right to restitution of that property. The government shied away from direct expropriation and implemented the highly contested willing-buyer, willing-seller principle. Claimants had until December 1998 to lodge a claim for the restoration with the Land Claims Commission. An estimated 75,000 claims involving 1.5 million people have been processed to date. It is also estimated that more than 70% of all claims lodged were urban leaving less than a third of claims in rural areas. Recent figures from the LCC state that as of October 2009 there were more than 4,200 outstanding rural land claims.

The argument made by the current “owners” of the land is that possession is nine-tenths of the law, while the “dispossessed” state simply, “It’s not yours, it’s ours”. Any discussion of land restitution and land reform must consider these divergent viewpoints and ask whether there is ever adequate compensation for historical wrongs? The answer to that requires balancing past wrongs against the development of social capital, primarily in the sense of providing food security and alleviating poverty.

At the screening last year of a documentary entitled “Promised Land” directed by the US-based filmmaker Yoruba Richen, the panel discussion that followed included, among others, Richen and the chairman of the portfolio committee on rural development and land reform, Stone Sizani. Ruth Hall moderated.

“Promised Land” follows the attempts by two black communities to recover land from white owners. It was the Molamu family’s case against Hannes Visser that caused most of the debate. Visser’s farm was expropriated. He had asked for R3 million, but had to accept R2 million. The Molamus, now living in Soweto, intend to form a communal property association under the new land laws that allow large communities to profit collectively from newly acquired property.

The consensus of the audience, mostly UWC students, was that the people asking for their land to be returned were not saying that they wanted it “to do A, B, C and D”. Their demand was more fundamental. “First and foremost, they want their land back, their ancestral land, their dignity,” said one participant. “So, we cannot judge land reform by the fact that people have not delivered or are not doing what the last owner was doing.”

But as one delegate asked: “Is it actually fair to take a farm, which is productive, earning an income and give it to a family from Soweto that have never seen it, but have a land restitution claim? Wouldn’t it be better to compensate them with a certain amount and let the farmer go on?”

Sizane disagreed. “You can’t start by saying the place is run properly by the current owners. You must ask how the current owners got ownership of the land?” He believed the willing-seller, willing-buyer arrangement is failing. “There is a huge belief among black people in South Africa that we can persuade the white people who own the land to give willingly[sic] their land over to black people. It’s a utopia. It’s not going to happen. The willing-buyer, willing-seller story is not working.”

He argued that an additional problem with the current strategy is that “there was no recognition that some of the people did not want to own the land to farm it—they wanted the land in order to restore justice”.

Since 1994, less than 7% of land has been reallocated. The 2002 Census on Agriculture indicates “there were 45, 818 active commercial farming units in South Africa in 2002, which is a decrease of 12, 162 farming units since the last agricultural census in 1993”. The majority of these units are still white-owned. The census also reported “while a decrease of about 25% was recorded in full-time farming employment, [between 1993 and 2002] the percentage of casual workers employed has increased from approximately 40% to 50%”.

The department of rural development and land reform aims to redistribute 30% of white-owned agricultural land by 2014 or roughly 30 million hectares. Using an incremental approach for the 30% target calculated from 2008 to 2014 will result in a budget shortfall of more than R72 billion, the department alleges. This excludes the 1 million hectares under consideration for restitution.

It would seem that while the formal (mostly white) farming sector remains economically buoyant, despite the exodus of farmers, the plight of the farm worker has become more precarious. The government’s shifting and often disparate strategies seem now ensconced in the Land and Agrarian Reform Programme established in 2008 between the national departments of agriculture and land affairs and the provincial departments of agriculture. This attempted to merge the Land Redistribution for Agricultural Development programme in land reform with the Comprehensive Agricultural Support Programme. According to the department, this would “assist black farmers to participate in a market dominated by established white producers and agribusinesses, but not to alter the logic of the market or production system, based as they are on the private appropriation of surpluses”.

This is where the system fails most horribly. As Nancy Andrew, associate research fellow at the Centre d’Etude d’Afrique Noire (Bordeaux) and Peter Jacobs a research specialist in the Centre for Poverty, Employment and Growth Programme at the Human Sciences Research Council point out, this is neither land nor agrarian reform, but simply “reinforcing the agrarian economy based on the largely white commercial agriculture sector”.

That model has led to crippling food price increases—a massive 25% cumulative increase since 2009. Given that the poor spend more than 70% of their income on food, this a devastating effect.

“Land is not merely a commodity to be bought and sold in a capitalist market and this near-monopoly over land in South Africa cannot be reduced to the inequitable distribution of national resources. It involves the command over an important means of production. It is the result and constant reminder of the whole process of massive colonial land alienation after a long period of bloody colonial wars and wars of resistance.”

That resistance will return, and in this stand-off, as Andrews and Jacobs say, expropriation must be applied. The symbolic justice of restitution is necessary in order that reconciliation triumphs over retribution. DM

Donald Paul is a freelance writer.

Photo: Black South African commercial farmer Motsepe Matlala inspects apples growing growing on his 1,400 hectare (3,460 acre) farm near the small town of Ermelo in Mpumalanga province, February 23, 2006. The government aims to transfer 30 percent of commercial farmland into black hands by 2014 but so far only about 4 percent has been transferred. Picture taken February 23, 2006.