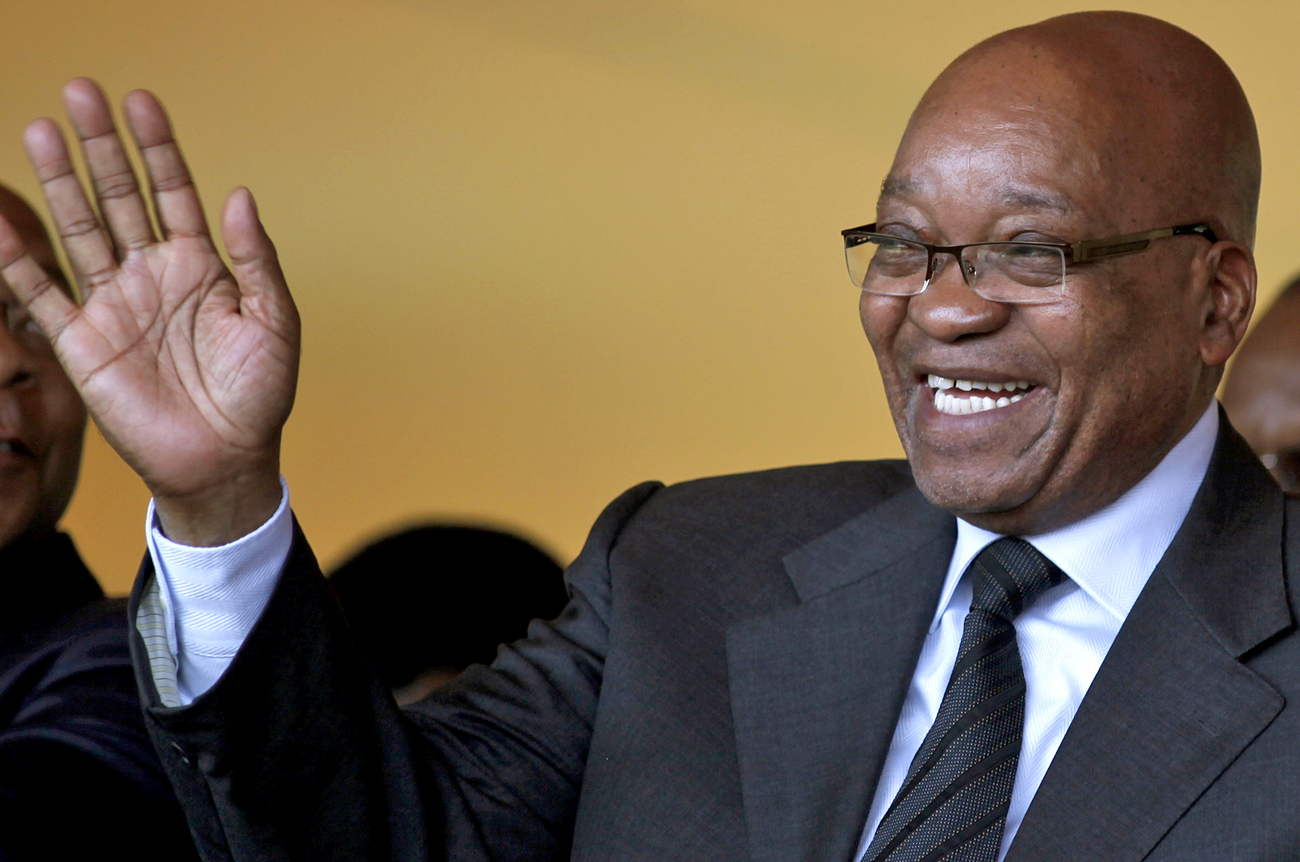 A strange election season this has been so far. There’s been a big void, a calm almost in our politics. Now that the holidays are finally over, the big elephants of our politics are finally on the move. There was some stumbling, a false start perhaps, but once it starts moving forward, the Zuma & Mantashe roadshow could be rather effective. By STEPHEN GROOTES.

The DA must be cock-a-hoop at the moment. They’ve moved into the space given to them by the ANC and they’ve taken every single centimetre they could get. There’s been hectares of press coverage, plenty on how they “will win Cape Town” and “could take PE and Kimberley”. They should be celebrating. One of the big shifts in this campaign season so far is that it seems the DA is getting a very different response from various communities to that to which it had become accustomed. It seems the knee-jerk jump to identity politics isn’t working against the DA as well as it did in the past. This is because of many things: The lessening of the memory of liberation, a younger group of voters and the fact that there is real anger in some parts at the ANC.

There’ve also been the mistakes the ANC has made. The mess around the candidate selection process, its inability to stop service delivery protests, and of course headline after headline around corruption, Sicelo Shiceka, the many strikes that happened just at the right time – Joburg’s Pikitup strike probably being the most effective proof of the problems ANC has at municipal level.

The fact is the DA has had all the political space to itself. That’s changing. The ANC is beginning to take back some of that space. President Jacob Zuma himself has apologised for some of the mistakes that have been made. The real campaigners are now beginning to come of the fore. And while there might well be a contest for 2012 under way, the massive campaigning brains of Gwede Mantashe and Fikile Mbalula will join with the experience of Jessie Duarte. That’s quite a formidable team with plenty of resources.

It seems Mbalula has been side-lined to an extent. He was in charge of the “razzmatazz” campaign of 2009 and it worked. So the fact he’s not in charge here tells you Zuma and Mantashe must feel threatened by him. If they weren’t, he would have been running it again. Leaving Mbalula out is hugely risky, however. If you sideline one of your best electoral assets, you may lose at the polls as a result. And this election is not as much about who votes for whom, but about how many people vote in the first place. Using current electoral maths, the more people who vote, the better for the ANC. It is becoming obvious that the middle-classes are likely to come out more and more for the DA as potholes and billing crises have an impact. And if the DA makes big inroads into the ANC “territory”, Mbalula can turn that into a rather useful argument for himself. Firstly, he can say to ANC members, “Hey, look what happens when they don’t allow me to do my thing,” and secondly he can rightly say “by stopping me from running the campaign, Zuma and Mantashe put their personal interest before the ANC”.

So Zuma and Mantashe now have a lot vested in making sure the ANC does well. Strange as it may seem, it looks as if part of this strategy is to go to Cape Town as Zuma did on Sunday. At first glance that may look puzzling, as everyone keeps telling us Cape Town is lost to the ANC cause anyway. While that’s probably true, remember both the DA and the ANC have the best pollsters in the business. So there may be a feeling that perhaps Cape Town isn’t lost to the ANC after all. Can you imagine how Zuma would look if he wins the city back?

And then, if he doesn’t win it, he can say they never had a chance and it’s the Western Cape ANC’s fault anyway. Even better, it would give Cosatu a bit of a bloody nose as their candidate, Tony Ereinreich would be the poster boy for the loss. So either way, Zuma can win personally here.

ANC posters are now being seen everywhere. There’s even the odd SACP poster calling on people to vote for the ANC (the first of which I saw in Sandton, of all places). In some places there are almost as many green gold and black posters as there are blue-wave ones. ANC heavyweights are doing the door-to-door stuff, and that can be quite powerful. It’s about the president coming to your community, sharing your pain. It’s about Gwede Mantashe sitting on your stoep. In a way, this works far better for the ANC than it does for the DA.

We know better than to predict massive changes in voting outcomes during South African elections. But we are reminded of how the ANC got 100,000 people into Ellis Park for its final pre-election rally in 2009. That was partly on the back of the Zuma tsunami. We also remember how the party only half-filled the Royal Bafokeng Stadium when it launched its election manifesto earlier this year. There is another final pre-election rally planned for the Sunday before the elections. That could give us the first hard indication of how these polls will turn out. DM