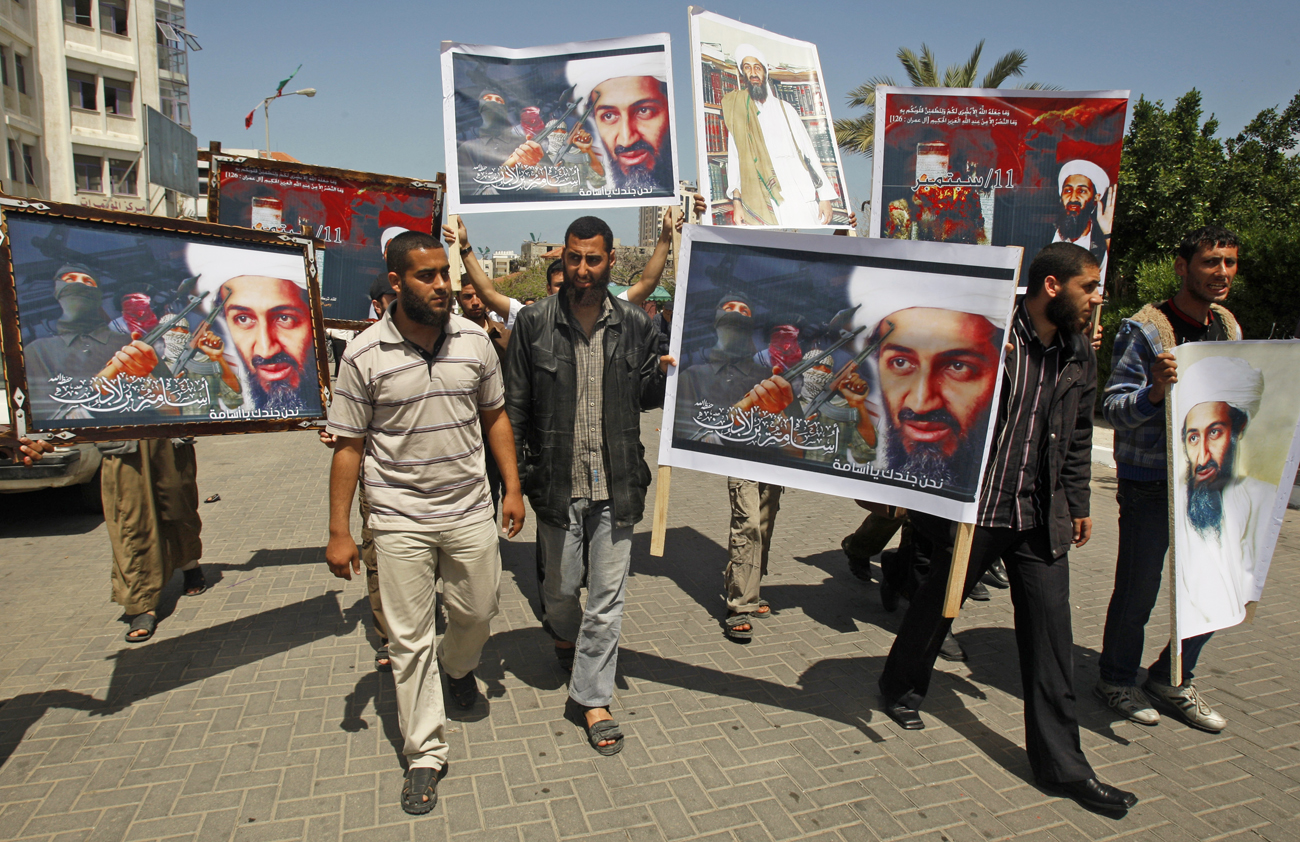 The day after the momentous news that the world’s most-wanted terrorist had been killed, the message from various Islamic groups on has been to question the raid and the US presence in the Middle East. Bin Laden’s death does not seem to have softened the hearts of radical Islam and those segments opposed to the occupation of Muslim countries by America. By SIPHO HLONGWANE.

Many Islamic factions are unhappy about the killing of Osama bin Laden by US Navy Seals on 2 May. Al Qaeda itself is obviously unhappy, but many other Islamic organisations expressed disquiet at the manner in which Bin Laden was killed and the US government’s motivation for the raid.

Some of the first Islamic groups to speak out after the news of the terrorist leader’s death were moderate in their message, and largely expressed hope that this would bring about a speedy end to global terrorism. The Council on American-Islamic relations, based in Washington DC, welcomed the death of Bin Laden. The Egyptian Muslim Brotherhood said the death of al Qaeda’s founder meant the US no longer had reason to be in Iraq and Afghanistan. Hamas, however, called on Muslims to mourn Bin Laden as an “Arab holy warrior”.

Perhaps unsurprisingly, The Muslim Judicial Council, based in Cape Town, condemned the killing of Bin Laden. The council’s public relations officer Nabeweya Malick said the timing of the raid on Bin Laden’s mansion in Abbottabad was “suspect”. “The US had ample time before to carry out the raid. We are questioning why they decided to act now,” she said.

“What is of far greater importance is to ask why the US chose to shoot and kill Bin Laden when the President [of the US] had no right to order the killing of another human being without trial,” Malick said. “This has been the trend of the US in this so-called war on terror. In this regard, the US violated international law.”

Malick said the MJC was in “outright condemnation” of the decision to dispose of Bin Laden’s body at sea. “It shows how little the US cares about Muslim culture,” she said. “The bigger picture is that this war on terror was never about Osama bin Laden. These are demonic actions by the Americans to control Muslim people.”

The Johannesburg-based Council for Muslim Theologians said the 9/11 attacks on America were “heinous and abominable an act[sic] to be perpetrated by anyone on fellow humanity”, but warned that the families who had become ensnared in the global war on terror would not be able to find closure. “War on terror spawned two wars and (the) subsequent occupation of Afghanistan and Iraq. An estimated total exceeding a million fatalities of mostly civilians and many more injured constitute the increasing price being paid mainly by the Muslim world,” the CMT said in a statement.

“The somewhat symbolic victory of the killing of Osama bin Laden will be hollow if those who do not have anything to do with the attacks on America continue to live in the terror of death delivered from the skies by missiles from unmanned aerial vehicles, renditions and the denial of their civil liberties,” the CMT said.

On the one hand fingers are pointing accusingly at Pakistan’s military and intelligence establishment’s “complicity”, if not “direct involvement”, in the assault on Bin Laden’s compound. On the other, the Pakistani government has denied any knowledge of Bin Laden’s whereabouts for many years – only to have him turn up 700m from the country’s premier military training academy. The US was suspicious enough of Pakistan not to inform them of the raid (even though speculation is that the Navy helicopters could have taken off from a Pakistani base). According to Foreign Policy Magazine, Obama telephoned Pakistan’s President Asif Ali Zadari after Bin Laden was dead to tell him what had happened.

The increasing exasperation the US must feel when trying to deal with Pakistan, a nuclear power, is unlikely to abate anytime soon. It seems the resentment felt by many Muslims towards the US is unlikely to ease either. The big question remains: Now that the US has its $25 million man, will its troops remain in Iraq and Afghanistan – and if so, for how long? DM

Photo: A handful of Palestinians, holding pictures depicting Osama bin Laden, protest in Gaza City against the killing of the al Qaeda leader May 3, 2011. The Palestinian Islamist group Hamas, which governs Gaza, on Monday condemned the killing by U.S. forces of bin Laden and mourned him as an “Arab holy warrior”. REUTERS/Ibraheem Abu Mustafa.