Osama bin Laden's death: The night the US celebrated

Osama bin Laden’s death: The night the US celebrated 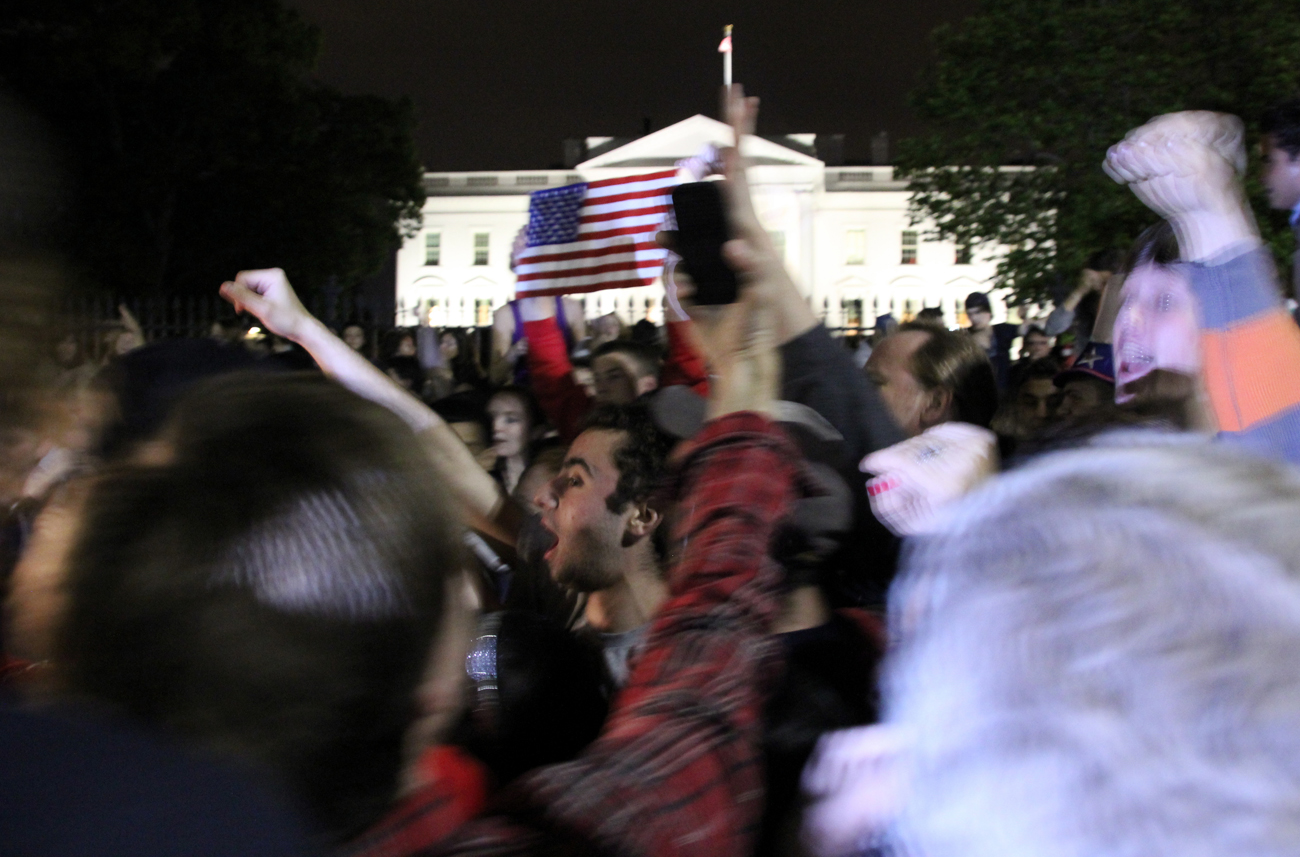 It was the night the greatest power on the planet had waited almost ten years for: they finally got to avenge the horrors of 9/11. In cities throughout the US, spontaneous parties broke out by people who could not contain their happiness. By PHILLIP DE WET, reporting from Washington DC.

In Washington, police quickly closed off several roads around the White House, reopening them only hours later, well before the sun rose. The only more permanent changes were a new set of barricades set up near the fence to the highest office. And that was seemingly intended to protect revellers – especially those who had taken to shimming up light poles to drape them with US flags – from themselves.

At its peak,  the crowd numbered more than a thousand people, almost universally white, almost universally young. A few had props (patriotic hats, sparklers, vuvuzelas, flags of the US Marine Corps and signs with the slogan “don’t tread on me”). Most, however, arrived without enough clothes to ward off the chill and little by way of equipment other than cameras. Everyone was taking pictures.

As ill-prepared in song as they were otherwise, the group soon evolved with new ways to describe their joy. “Fuck Osama” had a brief life, as did “USA ain’t none to mess with”. None could be drawn on renewed security concerns on home soil, never mind the capital city.

“We’ve been prepared since it happened,” said one reveller, referring to September 11. “They can’t touch us.”

Many declared their patriotism and joy for the benefit of any camera thrust in their direction. And there were plenty of those, thanks to television stations desperately eager for any visuals to run with the breaking story. DM Photo: People take photos of a news ticker as they celebrate after Al Qaeda leader Osama bin Laden was killed in Pakistan, in New York’s Times Square, May 2, 2011. Bin Laden was killed on Sunday in a firefight with U.S. forces in Pakistan and his body was recovered, announced President Barack Obama. REUTERS/Chip East. Photo: People react to the death of Osama bin Laden in Times Square in New York early May 2, 2011. REUTERS/Eric Thayer.