Zuma shifts the ANC campaign into a higher gear, sort of 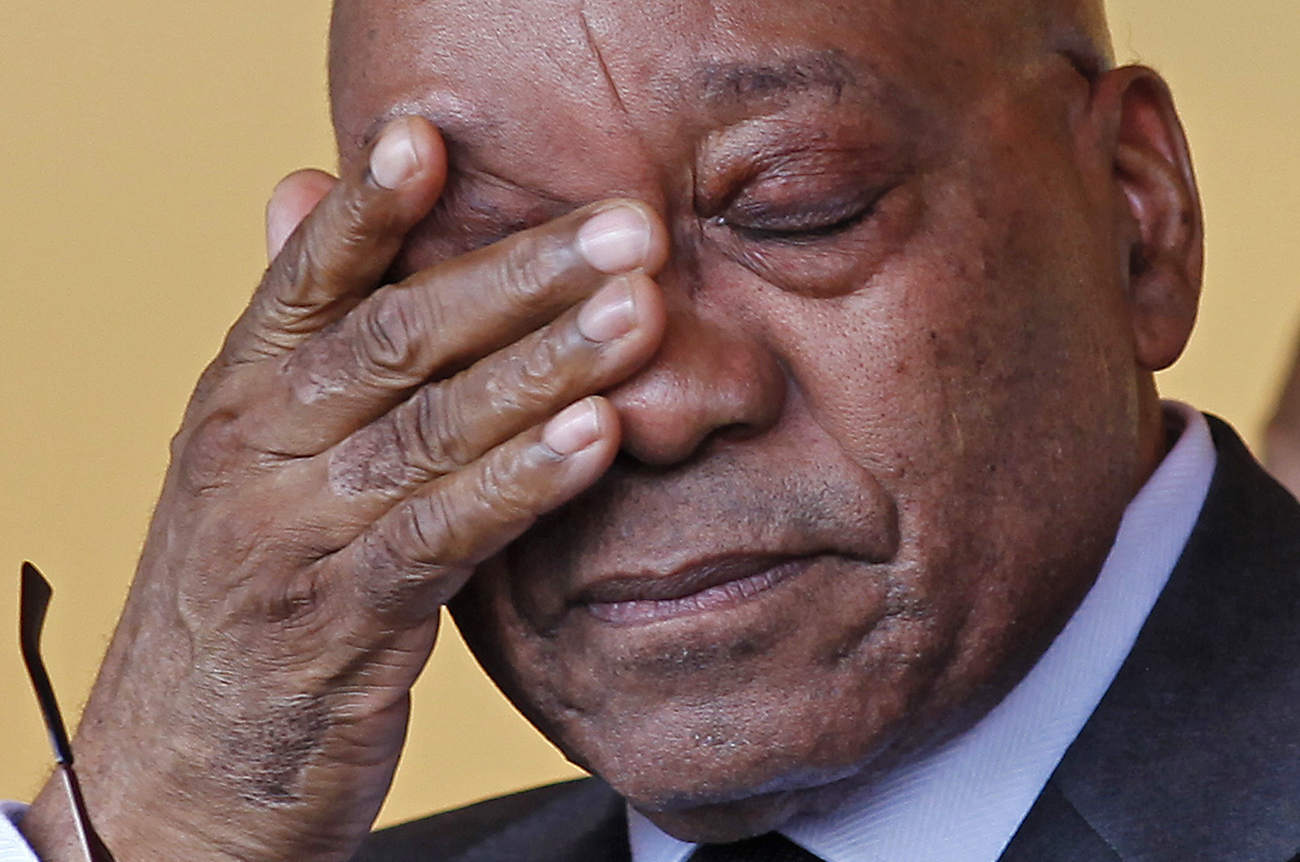 It’s officially election season. How do we know? Because President Zuma himself came out to give a press conference on ANC issues. We can’t remember the last time that happened; it is what secretary-generals are for. But Zuma has done it. And he’s given some serious clues as to how the rest of the ANC’s campaign will play out. By STEPHEN GROOTES.

Firstly, he has to deal with some serious and urgent internal issues, and in particular the fun and games the ANC has had over its own candidate selection. It seemed a very good, and we must say, very democratic process on paper, but it didn’t go quite according to plan; that happens in politics. So there’s been a lot of anger, and several major protests about it. in Ficksburg, Andries Tatane died at the hands of riot police. In short, Zuma’s message is “vote for us anyway and we’ll fix it later”. Well, with his back to the wall, he has to say that. But the “fix it later”part could be a difficult promise to keep. You would have to tell a councillor they must resign, so there can be a by-election so the “correct” ANC councillor can win and take over the seat. Sure, in most rural areas that’s a pretty safe thing to do, but the risk of embarrassment is huge.

Can you imagine if the DA won a major ward in Soweto or Alex? That would go nicely with the ward it won in Tembisa, wouldn’t it? Just one simple thing like that could even become a major game changer in our politics as a whole.

Then there was the predictable but-he-must-do-it attack on the DA over how it runs Cape Town. It’s stuff you’ll have heard before from the ANC, but that doesn’t make it any less potent a campaigning tool. That the city is really an “apartheid city”. Or as Zuma put it to reporters, “You all write that the DA runs Cape Town perfectly. It’s not true. There is white Cape Town in Rondebosch, go to Mitchells Plain, Gugulethu etc”. Then came the over-spin, “Let me tell you about Cape Town which you guys forget. We’re the only party that has won an election there. We did not ‘lose’ Cape Town”. Hmmm? Okay, we do seem to remember the last mayor you had there Nomaindia Mfeketo was less than a success. And it’s not as if the ANC won enough votes to run the place in the last local government election now did it. And if you did rule a place and now you don’t, surely you’ve lost it. Twisting the truth, aren’t you Mr President?

But there’s another very important point to mention here. Notice the “you guys” and the “you all write” in Zuma’s speech. It’s a phrase he’s used before when dealing with the media.Iin fact, he once seemed very aggressive when using these exact phrases. It shows he doesn’t differentiate between various media outlets, to him reporters are “the media” and it really is him versus them. He cannot be blamed entirely for this, he had a very rough ride before becoming President. But it’s time for him to move past that, as much of “the media” has. Either way, at a time of not great relations between the ANC and the media, it’s something to keep a very close eye on.

Where Zuma was in full professional engaging political mode was on the issue of the latest round of police brutality. Ficksburg has grabbed the headlines with the death of Andries Tatane caught on video tape, but there have been other recent incidents. Zuma got the soundbite out, “We can’t have a culture where people fear the police”. It’s a goodie, we hope it gets a lot of play, and we hope his favourite General is listening.

We must mention one other thing. This press conference was held in the lobby of Luthuli House. There is a small couch, which reporters were thrown off. There’s a cold hard floor. The front door of the ANC opens onto a main a busy main street next to a traffic light. It opens and closes virtually all the time, allowing the noise of whichever 10-tonne truck to heave its way past. And the days of reporters standing up and using a notebook are long over. They need at least a lap to tweet/file/record/type notes. It’s not that we’re pansies. We need to do our jobs. If we may give the ANC some sorely needed advice … Don’t do that again. It makes the president look less than presidential. And a major asset for a sitting president is that he is the sitting President. So don’t throw it away, for goodness sake. Use it to your full advantage. Get a nice podium, buy a nice big formal ANC badge to put in front of it (that way if you happen to recall another president by accident you won’t have any embarrassing logo issue) and take it to wherever he gives a formal press conference. Model it on the US Presidential Seal. This stuff isn’t hard.

Zuma has upped the aggression in this campaign. The ANC appears to have been slow out of the starting blocks this time, but over the last few days things have changed. There are more posters, more canvassing, even The Daily Maverick has been asked, politely, by people in yellow T-shirts whether I’m registered to vote. There’s even been an SMS from the ANC asking me to vote. The DA phoned, which is slightly intriguing in itself. Zuma’s show would appear to be part of this move to a higher gear.

He says the party is going to make sure its people are “deployed” to the right areas. He flitted straight from Luthuli House to Bloemfontein, to speak directly to residents of Ward 45, where there had been some significant anger over the candidate selection process. It seems the ANC is getting in the groove. If we were the DA, we’d considering fretting a little. Not panicking, not worrying just yet, but fretting. The ANC does have a hugely impressive election machine, and once it creaks into action, it can really go. DM