The Royal We: Planning a wedding the Will and Kate way

The Royal We: Planning a wedding the Will and Kate way 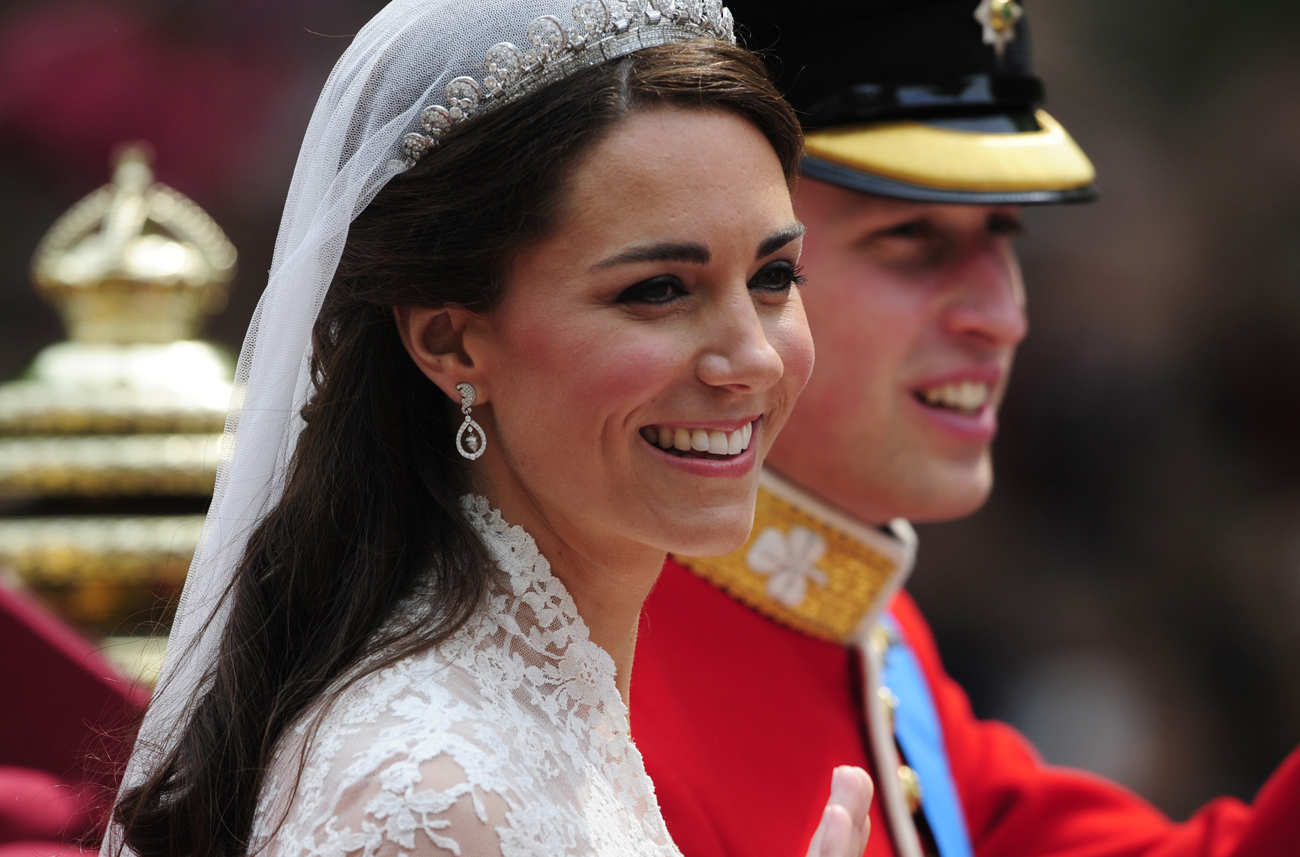 You may not have heard, but one of Daily Maverick’s correspondents is getting married this year. The hubbub for these imminent nuptials—while considerable in our offices—has yet to impact on the wider world. We are, however, learning some vital lessons from our social superiors and former colonial overlords. Boy, do they know how to do it right? By RICHARD POPLAK.

I met my fiancée at a drug-testing laboratory, in which we had both signed up to test out a new heart medication, despite the fact that there was nothing wrong with our hearts. They say a laboratory is a bad place to start a relationship, but tell that to the mice. Love is blind. It also has impaired olfactory sensibilities, which is a good thing, because my Blue Bulls tracksuit badly needed a laundry. But I knew ours was a fairytale romance when she patted me on my bald spot and said, “You look just like Prince William. That is, from the back.” I glowed inside.

Indeed, I was her William, and she was my Kate—which is to say, a plain and common girl with very white teeth. I don’t think it’s incidental that we decided to get married the same year as the future king and queen of the Great Britain (for now the Duke and Duchess of Cambridge), and only months apart at that. Having stalked the couple on line for several weeks, the parallels between our weddings are too striking to ignore – insofar as there are none. That said, I couldn’t let them get away with having a flashier do than ours. It just wouldn’t be right. Is our love worth less because my grandmum isn’t the Queen of a rainy island where everyone gets drunk at noon and yells “Innit?” Are our nuptials a lesser event because my family doesn’t own 25 armoured coaches? Of course not.

So, below are some of the tips that my beloved and I have garnered from the Royal Wedding, all of which we’re planning on applying to our own special day. If you’re getting married soon, why not use this as a playbook. You can’t go wrong, and everyone will be clamouring for an e-vite. (You think we’re sending out envelopes? You seen the price of stamps lately?) Here are our handy tips. Enjoy.

If they wear a crown, invite them.

You want as much royalty at a wedding as possible. Doesn’t matter if those royals have been slaughtering their own people in local town squares for the past two months, the fact is, they’re royalty. Remember also: The dodgier the royal, the larger and more expensive the gift. Especially if that royal happens to be from an oil-rich backwater like Bahrain. You could be in for some serious Louis V luggage set, or a gold-plated Rolls Royce. It’s bling time, baby!

It was reported that the head of Yemen’s torture division scored a Royal invitation. So what? It’s a hard-and-fast rule that folks with blood on their hands make excellent wedding table conversation. Also, they bring new insight into the production of delicious faves like fois gras, and veal schnitzel. Shame that Gaddafi chap is busy, or he’d be partaking of the boxed wine at our shindig.

Get taxpayers to fund it.

Oh, we’ve heard all the guff, too. That the Queen will be footing the bill from her private bank account, and that the celebrations won’t cost taxpayers a penny. But they aren’t fooling us. What, the Queen has a job now? She’s knitting beanies for H&M? We’re putting in an application with the municipal authorities for street closures and beat cops, based on the fact that our wedding will bring in “tourist revenue” and be good for “overall branding”. How can they say no?

Never underestimate the capacity for educated, grown-ups to succumb to this term, which I’ve used once already. (See, it works!) How Will and Kate fit into the fairytale category, I’m not exactly sure. Was he once a frog? Did she have to let down her hair to let him into her castle? Did he have to fit a glass slipper on her dainty foot? We’ve no clue. That said, apply the term often enough, and it sticks, and 2 billion people will watch your wedding on the telly.

No matter the circumstances of your meeting, describe your relationship as an “old-fashioned romance”.

So, me and my gal met in a pharmacological laboratory, like chimps? No matter. Ours is an old-fashioned romance, with ancient values of propriety and up-standingness. I suppose it’s a little easier for Will and Kate, because they’re celebrating a wedding much the same way as royal weddings were celebrated in the medieval times—what with the dust-stained, broke-ass masses lining the streets, gawking, saying “Cor, would you look at that dress?” Still, we’re sticking to our old-fashioned line. And you can Tweet that.

Despite those old-fashioned values, pump the fact that you’re a modern couple.

Gotta make some concessions to Feminism 3.0 (or whatever edition we’re on by now). Let her read something, or say something, or do something that suggests that you’ve ever-so-slightly updated a ceremony that essentially hands you a woman, the head of which one of your predecessors would have chopped off in lieu of a divorce.

Get a good dress designer.

D’uh. Nothing from Pep Stores, hear?

An absolute must. Pare the list down to 1,500 people, make sure you serve no more than 28 courses, and keep the wine list between the years of 1964 and 1978. No one likes a show-off. You’ll just make people grumpy about their own low-rent weddings, and they’ll want nothing but the worst for you. Some people—and you’ll have to take my word for this—can get real snarky, even when a real-life fairytale is unfolding before their eyes. DM