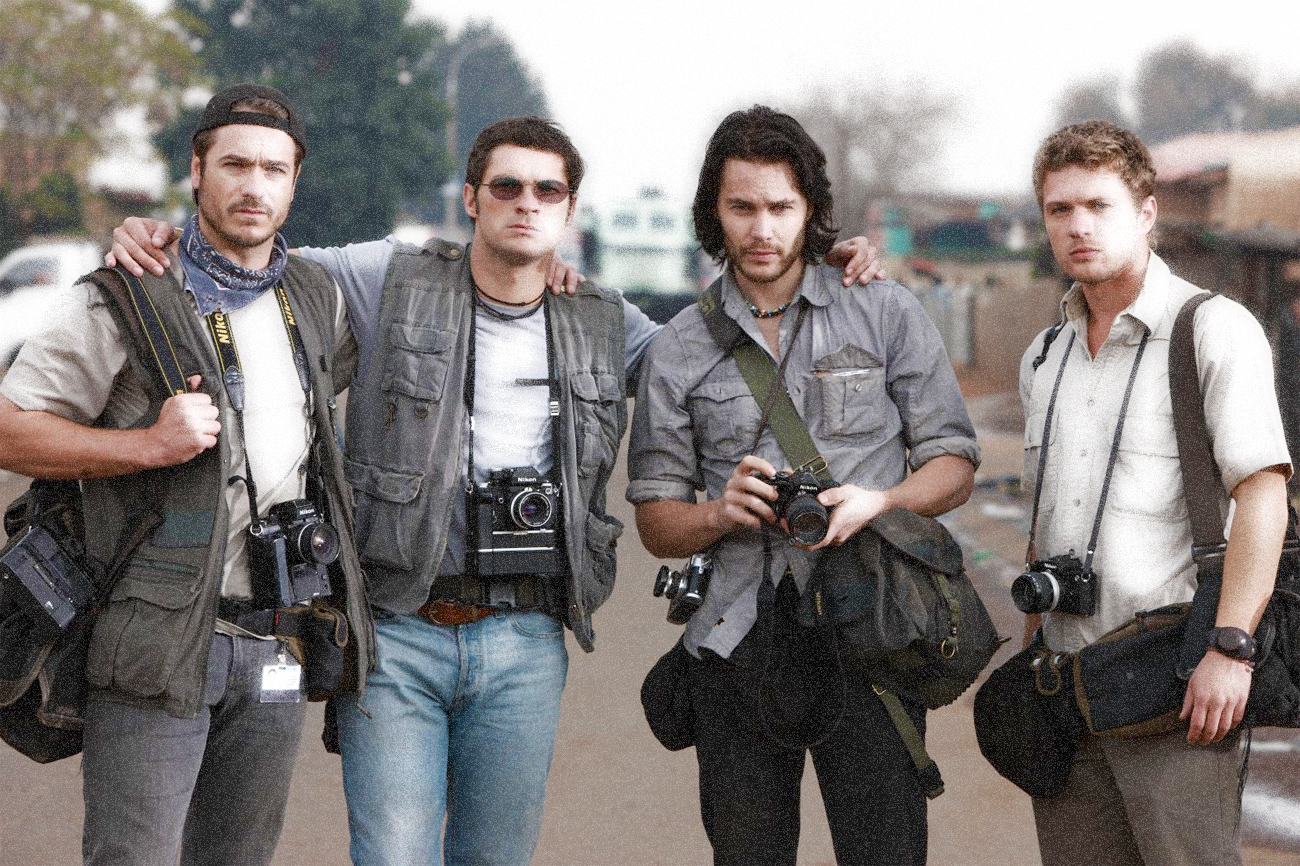 When Bang Bang Club member Greg Marinovich was shot in Thokoza in the early 1990s, his initial thought was that he’d paid his dues for “the crime of being the lucky voyeur”. A film about those events has just been released in the US, but following as it does on the deaths of leading photojournalists in Libya, can Hollywood really do these brave and complicated men justice? By KEVIN BLOOM.

On April 18, 1994, less than two weeks before South Africa’s first democratic elections, Ken Oosterbroek was killed by friendly fire while covering a clash between peacekeepers and the ANC in Thokoza. It was a day instantly etched in bold type in the annals of conflict journalism, not least because Oosterbroek’s close friend and fellow photographer Greg Marinovich – a recipient, already, of the Pulitzer Prize for spot news – was shot in the same incident. In a seminal passage in The Bang-Bang Club, the book he co-wrote with Joao Silva in 2000, Marinovich described in forceful prose the feeling that overcame him when it seemed that he might not make it through the day: “Suddenly a sensation of utter calm washed over me. This was it. I had paid my dues. I had atoned for the dozens of close calls that always left someone else injured or dead, while I emerged from the scenes of mayhem unscathed, pictures in hand, having committed the crime of being the lucky voyeur.”

Seventeen years later, after Tim Hetherington – a combat photographer who’d won four World Press Photo awards and been nominated for an Oscar – died from a shrapnel wound sustained on a battlefield in Libya, his colleague Sebastian Junger voiced a similar sentiment. Junger wrote a homage to Hetherington in the form of a letter, published on the Vanity Fair website on 21 April. “You and I were always talking about risk because she was the beautiful woman we were both in love with, right? The one who made us feel the most special, the most alive? We were always trying to have one more dance with her without paying the price. All those quiet, huddled conversations we had in Afghanistan: where to walk on the patrols, what to do if the outpost gets overrun, what kind of body armor to wear.”

The rush that comes from touching oblivion, from defying mortal danger, from cheating death, is a motivation that appears common to all men and woman who work as journalists in the world’s war zones. But for the best of them – like Hetherington and Junger, and the boys from The Bang-Bang Club – there’s a motivation that’s a lot more important: the need to bear witness. Marinovich’s “burning man,” the shot that won him the Pulitzer in 1991, became the image that defined the violence in South Africa in the early ‘90s. Had he not been in the townships to see Lindsaye Tshabalala, a Zulu man suspected of spying for the IFP, set alight and hacked to death by ANC cadres, non-South Africans would certainly have known (and cared) less about the situation in the country following Nelson Mandela’s release from prison. But for Marinovich himself the price of the shot was steep – twenty years later he still calls it “the worst day of [his] life,” and he’s more than once stated that his role as “observer” implicated him in a murder.

For Kevin Carter, the fourth member of The Bang-Bang Club, the price was even steeper. His 1993 image of an emaciated Sudanese girl lying with her forehead pressed to the ground, a vulture looming in the background, became at once a universal symbol of African suffering and one of the most controversial photographs in the history of the genre. Known to members of the trade as the “budgie shot” – a term displaying contempt and awe in equal measure – the image won Carter the 1994 Pulitzer for feature photography, but also cost him his life: unable to answer to his own satisfaction the central question as to why he didn’t help the girl, he parked his car beside the Braamfontein Spruit in Johannesburg and gassed himself.

Which would all appear to be perfect material for a Hollywood film on the four members of The Bang-Bang Club, a film containing the key ingredients of critical and box office success – thriller-like dramatic tension, death-defying real-life courage, intense internal conflict. And yet, if the reviews are anything to go by – Steven Silver’s The Bang-Bang Club opened in limited theatres in the US last week – the film has fallen short of expectations. The New York Times called it “less bang-bang and more damp squib,” the Guardian slated its “crisis of identity,” and CNN labeled it “ambitious but flawed”.

Why? The common theme running through these reviews is that Silver, the South African-born writer/director, fails to engage properly with the excruciating series of moral dilemmas that confronted Marinovich, Oosterbroek, Silva and Carter – either while they were out in the field, or after. Apparently, the “crime of being the lucky voyeur,” as Marinovich unforgettably termed it in the book, is not sufficiently explored. “Instead we’re introduced to a testosterone-fuelled world in which dodging bullets is just another way of getting kicks before the partying starts,” Miriam Brent noted in the Guardian.  The New York Times’s Jeanette Catsoulis observed: “Ethical conundrums are dangled without being addressed as we linger on the men’s emotional pain, assuaged by soft-focus swimming, drinking and making out. In this way a particularly ugly conflict is reduced to not much more than a stream of pretty pictures.”

Tom Cohen, who worked with Marinovich and Silva while a correspondent for Associated Press in South Africa in the ‘90s, combined his CNN review with an interview. He wrote: “‘One lesson I’ve taken from The Bang Bang Club is don’t make films about journalists,’ Silver said. ‘They present themselves as good subjects for film, but they’re not… They don’t necessarily have stakes in the stories they are covering.’”

Which was the reason Silver made the decision to fictionalise aspects of the film – “the danger is you’re going to make a very accurate film that nobody will ever see,” he told Cohen. What wasn’t fiction, of course, was that after consulting to Silver on the set, Joao Silva stepped on a landmine in Afghanistan and lost both his legs. Neither was it fiction that Hetherington and fellow photojournalist Chris Honrdos were killed in Libya on the eve of the film’s release, or that South African photojournalist Anton Hammerl was being held captive by Gaddafi’s forces.

So is the complicated truth of these brave men’s lives simply too brutal for a mainstream film audience to handle? Could well be, although when it comes to portraying this rare group of men whose stock in trade is truth, the excuse may not be good enough. DM