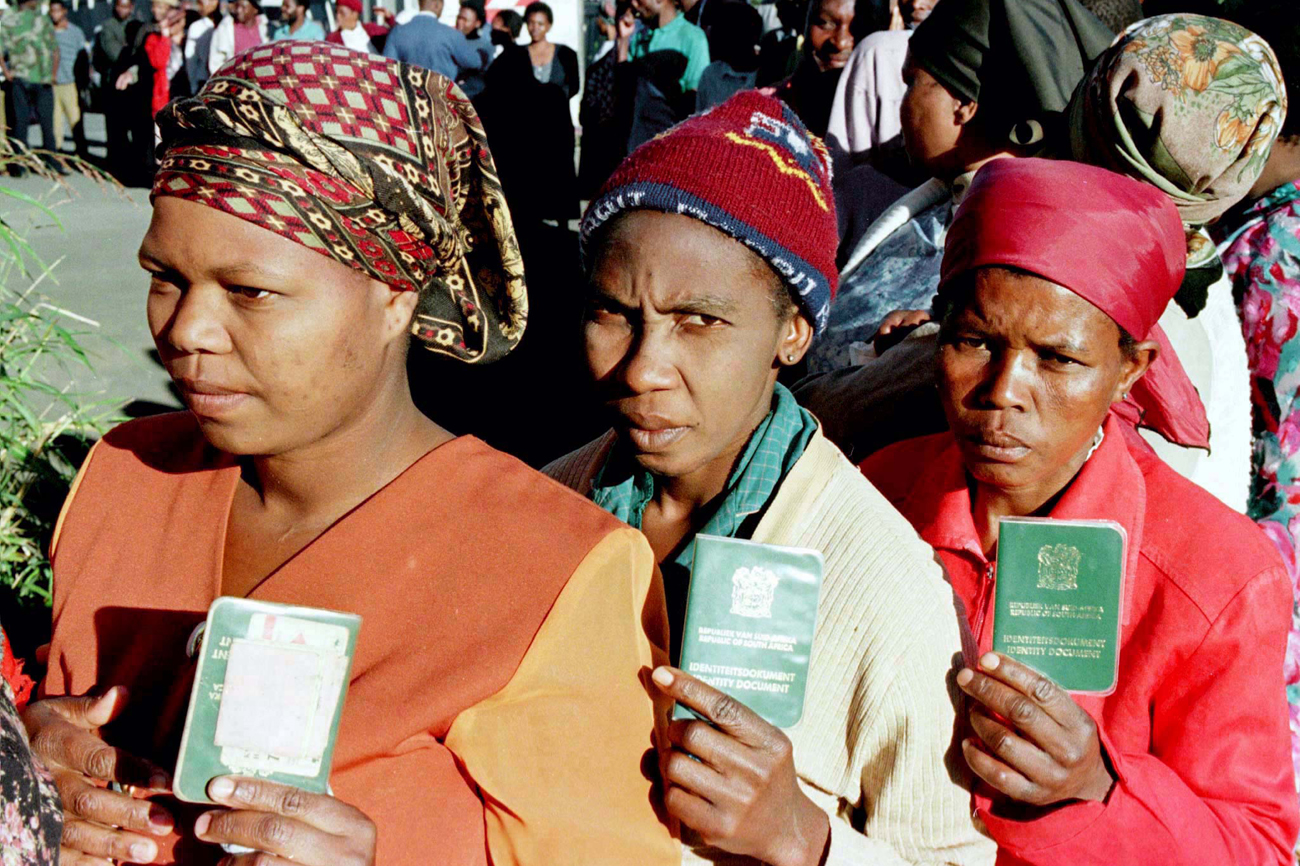 The ANC makes a big push to win back Cape Town while the DA makes a big noise in Johannesburg about the city's finances. Numsa will be backing the ANC and not any rented agents of the anti-working class agenda. Hassan Motala, an IFP honcho, makes huge claims against the ANC in KZN and Cope continues the grand South African tradition of electioneering at funerals. Oh, and everyone's after the Christians. By SIMON WILLIAMSON.

President Jacob Zuma, who should be nice and fresh after a weekend spent celebrating his daughter’s wedding, will be campaigning in Soweto today. Said ANC spokesman Dumisa Ntuli “The visit to Soweto is critical to seriously strengthen our support base because the area is a model for development.” Soweto is part of the City of Joburg municipality and the ANC is expected to field Parks Tau, current Joburg finance chief, as its candidate for mayor.

National Union of Metalworkers SA released a gently-worded statement entitled “Helen Zille and Smuts Ngonyama are rented agents of anti-working class agenda” claiming it will back the ANC in the upcoming local government elections because it believes it can correct the failures (erm, influence?) of the ANC more than those of the DA or Cope. The usual concerns about working class rights were mentioned along with, “These pitfalls cannot be resolved unless we fundamentally restructure our economy, as opposed to the right-wing economic proposals by the DA and Cope which are setting-up our country for failure.”

The ANC attempted its first foray into a Twitter Q&A, much like the DA does on Sunday nights. However, participants criticised the exercise as numerous questions went unanswered. ANC spokesman Jackson Mthembu  said the party’s move to Twitter was part of a learning curve and the organisation will answer all questions addressed to it. “The aim of the interview was to strengthen engagement with the electorate on a new forum and to demonstrate our slogan, ‘Be Involved’.” Three more ANC Q&As are scheduled before the 18 May elections and will use the hashtag #ANCLive.

The ANC maintained a huge presence in Cape Town over the weekend with campaigning in the city done by party bigwigs including Trevor Manuel, Fikile Mbalula, Tina Joematt-Pietersen and ANC-candidate for Cape Town mayor, Cosatu’s Tony Ehrenreich. Mbalula was present in the Cape Flats and Hout Bay settlements and, after meeting with residents, said, “People are told Western Cape and Cape Town are the best story of governance and service delivery under the leadership of Helen Zille. But what do we see when we get here? It is squalor, people living in poverty and unemployment.”

Tony Ehrenreich has blasted the DA-run city of Cape Town for trying to sabotage Cosatu’s May Day rally, scheduled to be held at Cape Town Stadium. Ehrenreich said a bill of R700,000 had been agreed, but the Cape Town city council had slapped an extra R1 million to the fee to close off roads where members would march and provide security, water and waste removal. Cosatu is mulling over protesting in the areas around the stadium on 1 May, although the city maintains that Cosatu is already getting the stadium at a discounted rate.

Ryan Coetzee (@RyanCoetzee), a DA strategist and an advisor to Helen Zille, began hosting a Twitter DA Q&A on Sunday nights between 20:00 and 22:00 not that long ago. While Twitter, as a medium, may not lend itself to receiving complicated political answers from respondents, it does indeed give voters a chance to speak directly to DA staff. Initially, Coetzee answered the questions himself, but last night, the fourth edition of the “Town Hall Meeting” involved a host of leaders, spokespeople, representatives and Helen Zille herself.

Mmusi Maimane, the DA’s candidate for mayor of the City of Joburg municipality, has launched an application under the Promotion of Access to Information Act to gain full access to the Johannesburg Cash Flow Management Report for the six months to March 2011. The DA managed to obtain a portion of the document and released its contents on Thursday. According to Maimane these documents reveal that between July 2010 and January 2011, the city ran financial deficits of R2.8 billion, collected 86.3% of revenue owed to it (budgets were drawn up at an expected rate of 94%), City Power lost R714 million, Joburg Water lost R204 million and Joburg Roads lost R112 million. Maimane says this means future operational and transportation state grants will be used to finance debt. No cash flow management report has been released by the city since September 2008.

Gauteng MEC Jack Bloom, who makes life more difficult for the Gauteng ANC government than just about anyone else, claims the province is not ready for any toll fees which are expected to come into being sometimes this year. Bloom says nothing in provincial budgets provides for an increase in cost of travel, nor has any arrangement been made to fit Gauteng’s 6,000 civil service vehicles with e-tags. Gauteng finance MEC, Mandla Nkomfe replied, “We have not undertaken this exercise as we still await the final fee rate. Thereafter, we will investigate the rate thereof.”

Ronnie Veeran, DA mayoral candidate for eThekwini Metropolitan Municipality (who has about as much chance of winning as South Africa does in a semi-final of the Cricket World Cup) has said the DA will deal with Durban’s crime problem with increased investment in the metro’s police force. Specialised units would be set up to combat crime (no ways!), drinking and driving, copper theft and speeding. Veeran referenced the DA’s expenditure on Cape Town’s metro police within 100 days of taking office in 2006.

On Sunday we reported that Hassan Motala had joined Skhumbuzo Khanyeza in leaving the IFP for the ANC. This has turned out to be incorrect as Motala denied he had defected at IFP headquarters yesterday. Motala claims he was blackmailed by the KwaZulu-Natal ANC: “When I arrived at a meeting with Premier Zweli Mkhize at the City Hall on Thursday, I was presented with an ANC T-shirt and instructed to wear it. This was done without my consent and against my wishes. The suggestion was that if I wanted to continue doing business with the ANC-led government, I should end my association with the IFP. It was blackmail.” Pretty serious allegations from our point of view.

IFP leader Mangosuthu Buthelezi campaigned in Ukhambathini (Camperdown) yesterday and will be visiting Umshwati today. You can join in the electoral fun at 10:00 at the Efaye Sports Ground and at 12:30 at the Njengabantu Sports Ground in Umvoti.

Cope president Mosiuoa Lekota attended Andries Tatane’s funeral on Sunday. Tatane, a Cope member, was allegedly killed by police during a service delivery protest in Ficksburg two weeks ago. According to party spokesman, Phillip Dexter, Lekota said during the service that those who claimed they would rule until Jesus comes believed their lies at their own peril, and that when Tatane asked for water and other basic services, the authorities silenced him using deadly force. Nice to know that electioneering at funerals isn’t exclusive to any one party.

Politicians across the board made sure the Christian vote wouldn’t desert their parties. Deputy president Kgalema Motlanthe said at a church outside Bloemfontein that ANC leaders attended church services so that God could help them spiritually. National Freedom Party leader Zanele Magwaza-Msibi said she attended a service (incidentally, the same one as Motlanthe) to get spiritual upliftment as a political leader. DA national spokesperson, Lindiwe Mazibuko, said, “We engage religious communities all the time. We don’t just save it for Easter.” DM