‘The Sopranos’ – like ‘Twelve Tenors’, but with more taffeta and velvet 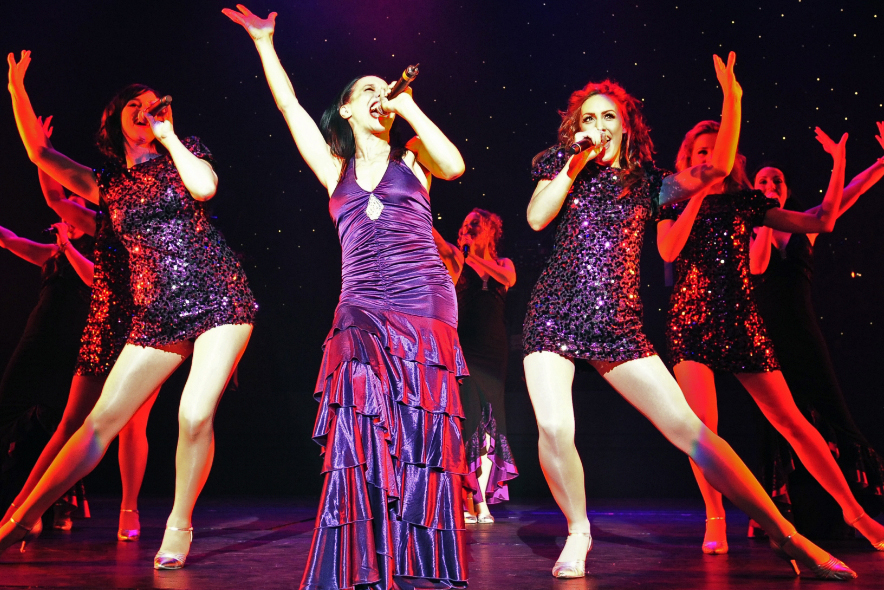 It was bound to happen. The “Twelve Tenors” have held hugely successful tours around the world, proving audiences have an appetite for accessible, semi-classical music. So what better way to capitalise on that than by giving us eight sopranos? Same idea, same presentation, and at least one of the same songs too still failed to impress LESLEY STONES.

The main differences between the “Twelve Tenors” and this show, “The Sopranos”, are the number of costume changes, the volume of sequins and the amount of leg on show. And the voices are higher too, of course. But after a while I was kind of yearning for a booming bass voice to cut through the high notes and add a little variety. Which would defeat the object, but no doubt plans are already being hatched to merge the two shows to create a more balanced and varied performance that offers eye-candy for men and women alike. Because these shows are all about looking good as well as singing nicely. You don’t go to The Sopranos for a dose of highbrow culture, because it’s very light on operatic numbers. Yet those were undoubtedly the highlights, although a “Carmen” medley sounds odd because it’s sung in English, which removes its sultry, exotic oomph. The rest of the time it’s a safe mix of Abba, Andrew Lloyd Webber, the perennial “I Will Survive” and a James Bond medley. Some of them have been nicely reworked to give them a fresh slant too. But am I alone in thinking that “Don’t Rain on My Parade” is a seriously ugly song? Acres of taffeta and velvet support the production and there are plenty of gorgeous gowns, although some less-flattering costumes looked like sexed-up maternity frocks.The Sopranos are backed by Glamrocks, a female string quartet who sound as great as they look and really deserve more air-time. Behind the strings are three local musicians on piano, drums and bass guitar, while a backing track by New Zealand’s Wellington Sinfonia adds another element of music. The first half felt a little stilted, with the ladies trying to introduce some banter when they’re clearly more at ease singling than talking. They’re better at singing than dancing too, with the choreography by one of their number, Roimata Templeton, largely limited to a few twists and turns. Which is fair enough, except there are so many shows around today that audiences kind of expect much more than a chorus line.

Still, when all eight voices rise to a pure, harmonious crescendo and glorious colour washes illuminate the stage, there is an enjoyable magic to it. DM

The Sopranos runs at Joburg Theatre until 1 May.