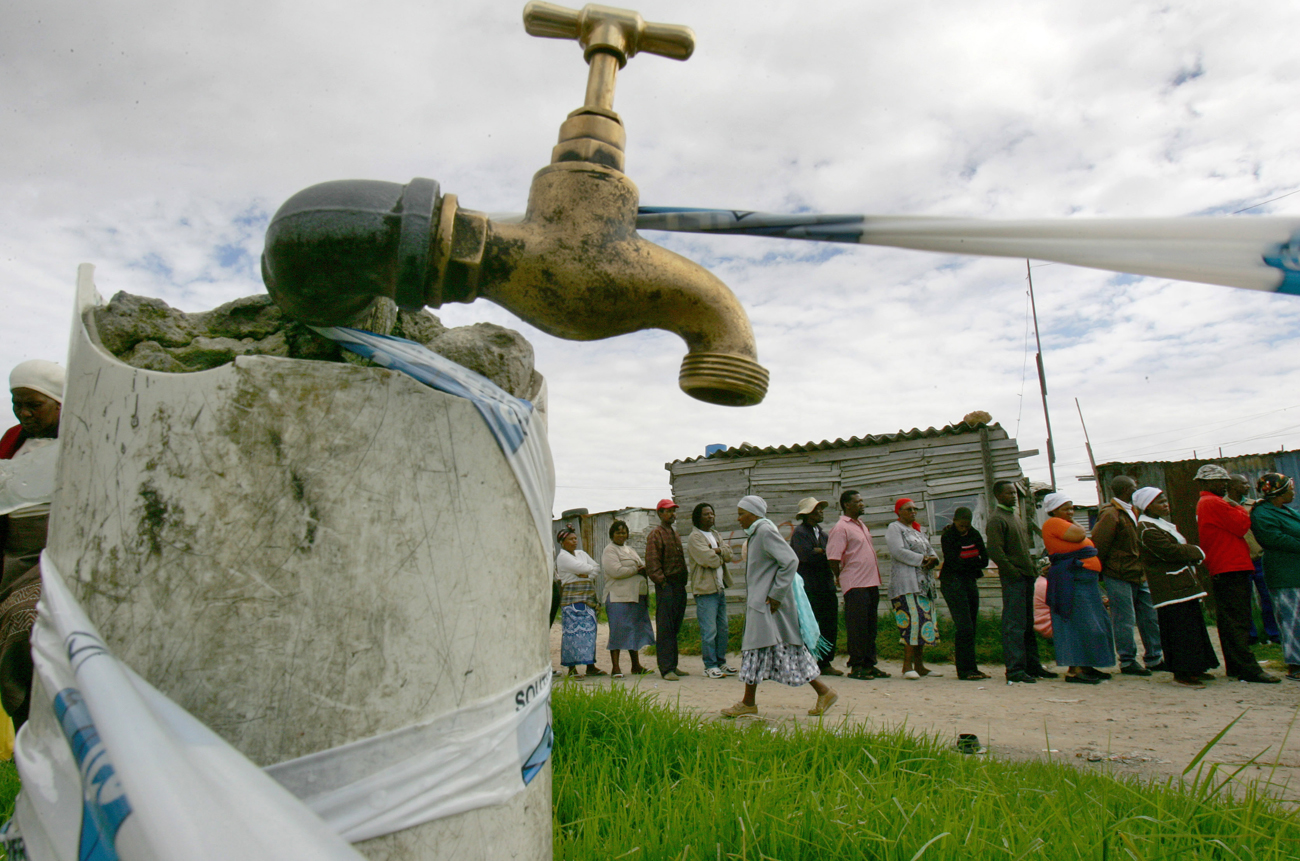 Samwu holds Johannesburg by the balls and looks to extend its reach; Helen Zille storms ANC territory and Malema doesn't want voters distracted by his court case; Cope announces its candidate for Tshwane mayor; Cosatu, having broken the IEC Code of Conduct last week, lays into the DA for electioneering in schools.

Samwu, (South African Municipal Workers Union) current holders of the balls of the ANC-governed City of Joburg municipality is to begin squeezing them, after a union spokesman announced that a nationwide strike will begin next month. The strike will begin in the Free State on 10 May and move to Gauteng on 11 May before going national on 13 May and moving into the Northern Cape and Mpumalanga after the elections (which are on 18 May).  Samwu’s demands include the usual opposition to privatisation and limitations on workers’ rights to strike, but also the dissolution of provincial governments and the removal of minister Sicelo Shiceka if he is found guilty of corruption.

The ANC and IFP-dominated council which runs the Endumeni municipality (Dundee, Glencoe and surrounding areas) in KZN has suspended its municipal manager and head of corporate services on corruption charges after the two allegedly raised their salaries improperly, adding an approximate R1 million to the municipality’s expenses. Great news even though there’s risk in doing it a month before the country heads to the polls. Applause.

Julius Malema, fresh off a pretty sharp session in court, has told ANC supporters not to let his court case derail the party’s election campaign. From a truck outside the Johannesburg High Court he encouraged party loyalists to continue campaigning for the ANC. Malema concluded that Cape Town would return to the party and that he could not imagine a Johannesburg which is not ruled by the ANC.

See the video: The Sowetan

The South African Communist Party (which doesn’t stand on its own in elections) has told voters that “the capitalist bosses and their media spread a message of despair. It’s designed to make workers and the poor lose heart.”  It also said “Above all, they [the capitalists] want us to forget how we once defeated apartheid. It was worker power in factories, farms, mines and shops; it was popular power in our communities that rolled back white minority rule.” Although the statement was virtually 100% political grandstanding, the only real statistic in the statement in defence of the tripartite alliance is “Over 14 million South Africans receive social grants”, which, we would suggest, says a lot more about the effort the SACP put into this media statement than anything else.

Helen Zille visited ANC-stronghold, Polokwane, yesterday and spoke to voters in Segopye Village about housing and basic services. She told them, “They say that in a democracy the voters get the government they deserve. Well, I think that you deserve better than this.” Zille then repeated the consistent DA election message that people should lend the party their vote forfive years and vote for someone else in the following election if the DA fails to live up to its promises.

Today the DA is scheduled to hold a press conference in Johannesburg to release a confidential document on the City of Joburg’s finances. The City has refused to make public its last financial audit and this document is expected to reveal that the municipal government has borrowed large sums of money and is operating at a substantial deficit. We’re all pretty certain that Parks Tau, who currently serves as head of the city’s finance department, is the ANC’s candidate for Joburg mayor, so this document is a pretty big deal.

The Congress of South African Trade Unions has criticised the DA for electioneering in schools after children at Overberg High in Caledon were seen wearing DA-branded clothing during a hockey fixture. Said Cosatu’s Tony Ehrenreich, the man forced to apologise for breaking the electoral code of conduct less than a week ago, “Cosatu is outraged at the DA violating children’s rights at a school in Overberg High in Caledon, by forcing children to wear DA sweaters during school activities.” The DA denied that the children were forced and said the shirts were given as part of a donation to the school. The Western Cape branch of the South African Democratic Teachers Union accepted the DA’s explanation, but said the party should know it is not permitted to give T-shirts to pupils.

Cope has announced its mayoral candidate for the Tshwane Metropolitan Municipality. Kedibone Mathebe, an internal auditor from Soshanguve, will fly the party’s flag on 18 May and has said she will place eradication of poverty at the top of her list and concentrate on fighting corruption. The DA’s candidate is Brandon Topham and the ANC’s is expected to be Kgosientso Ramokgopa.

Solidarity, which yesterday said it will not be backing any party, has decided to pass opinion anyway. General secretary, Flip Buys, said the ANC’s support for Julius Malema in his hate speech court case has led to distrust between the ruling party and the Afrikaner community. He also said: “It is my inevitable conclusion the government is no longer fulfilling its part of the contract, and this is the reason for the breach of confidence with many of its citizens.” Buys also lamented that it often seemed as though the ANC was ruling against minorities.

A “State of the Cities” report, delivered by deputy minister of cooperative governance and traditional affairs, Yunus Carrim, says cities in South Africa must prepare for shortages. “South African cities need to prepare themselves for rapidly increasing prices of oil and dependent products, erratic and unpredictable rainfall patterns as a result of climate change as well as fresh water demand among other challenges.” A toughie for anyone in charge and, politically, very hard to rise above. DM

Photo: Voters queue behind a communal tap to cast their ballots in Khayelitsha township near Cape Town, March 1, 2006. South Africans voted for municipal officials on Wednesday in a poll seen as a measure of the ruling African National Congress’ popularity after a campaign dominated by anger over lack of basic services, unemployment and graft. REUTERS/Mike Hutchings