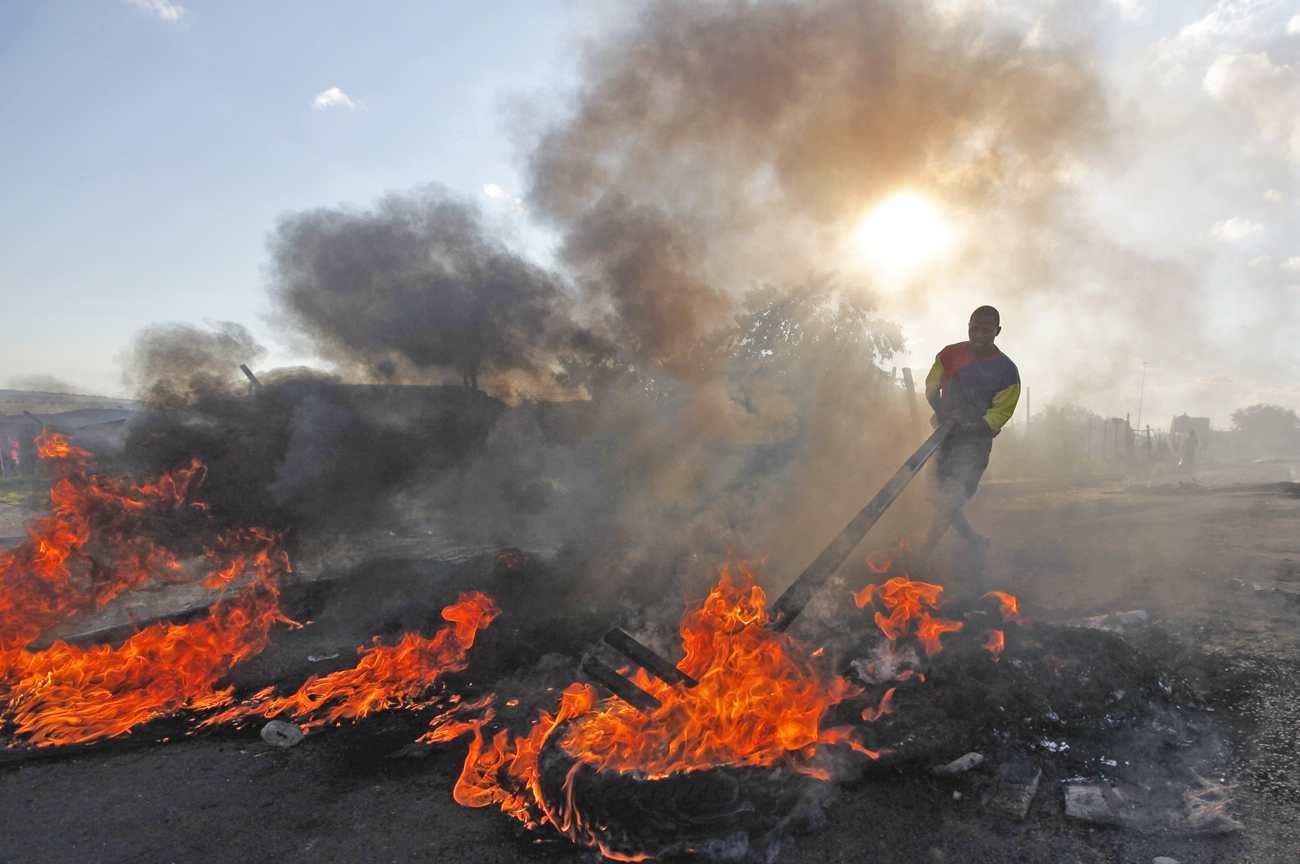 It’s been a busy weekend for the ANC. We were treated to the ANC Youth League telling the world last week it was going to campaign on IFP leader Mangosuthu Buthelezi’s doorstep in KwaDunge (near Ulundi). This was met by the IFP Youth exclaiming they would protect Buthelezi with their lives. Unfortunately, Brother Leader Julius Malema wasn’t there as he’s facing off with AfriForum in the “Shoot the Boer” fracas, and police ensured the two sets of party supporters didn’t box. All further proving the need for all parties to have youth wings.

Due to a slick DA campaign coupled with mass haemorrhaging of its candidate process, the ANC has declared the media the real enemy: “Only at election time, the media digs up old stories about members… It’s media propaganda.” We think Gwede Mantashe, in his best dreams, wished the media only gave the ANC shit at election times. However, yesterday afternoon, he pleaded for ANC members to put the candidate list controversy behind them: “In the ANC you campaign for the candidate you like and the one you don’t like. That (candidate list selection process) chapter is closed.”

Cosatu might have been mentioned in Mantashe’s list of enemies if its leader, Zwelenzima Vavi, hadn’t written an open letter about why the trade union federation’s members should vote for the ANC. This came a week after he told a Numsa conference, “If we are not careful, and if we allow people to take our movement in the direction they are taking, very soon we may have to call someone President Zille.” The letter also coincided with Cosatu’s demands that ministers found guilty of corruption should be fired (ahem, Shiceka).

The ANC pulled a California – Thoko Ntshinga, a TV soapie star, will be its candidate for Ward 53 in Cape Town (which includes the suburbs of Langa, Pinelands, Maitland Garden and Thornton). Political analyst, Zwelethu Jolobe, doesn’t seem to think Thoko’s screen career will make much difference.

The Freedom Front Plus cracked a rare mention in the mainstream media. The head of the party, Pieter Mulder, says ratepayers should not pay taxes or should have their rates refunded if basic services are not delivered. He also criticised the policy of merging government entities as it removed local government: “Megacities do not work. In the Free State you have five dorpies that are 100km apart. That does not work.”

Interestingly, Mulder, a member of Jacob Zuma’s cabinet, said the FF+ would enter into coalition governments at local level, but never with the ANC.

Helen Zille spent the weekend in Free State making two notable speeches. She lambasted the ANC for only cleaning up its municipalities when the “blue wave” of the DA came into town. Citing the example of Mphophomeni (near Pietermaritzburg) having its sewage cleaned up before her arrival two weeks ago, she mentioned to residents of Northdale that the cleanup experienced before her arrival would be shortlived.

Zille’s other notable speech was about the death of service-delivery protester Andries Tatane in Ficksburg allegedly at the hands of police. She said, “This is no time for political points-scoring,” although she encouraged voters to hold government to account: “The big difference between 16 June 1976, when Hector Pieterson died, and 13 April 2011 when Andries Tatane died, is that South Africa is a constitutional democracy today. This means that each adult person has the power of their vote to call the government to account.”

Tony Ehrenreich, who  may or may not be the ANC’s mayoral candidate for Cape Town, apologised to the Independent Electoral Commission for using fake DA posters which read, “We deliver to all the rich people” and “We deliver fok all to poor people”. The IEC contacted Ehrenreich about the posters and he immediately apologised: “We would not want to fall foul of the Electoral Act. If we are found not to have complied in terms of the Electoral Act, then we apologise.”

No one ever knows what is happening with this party, but former Cope president/deputy president/president/deputy president/comrade Mbhazima Shilowa forecast a battering for Cope at the polls due to the unpopularity of current Cope leader, Mosiuoa Lekota, among the party as well as the voting public. Because it obviously has nothing to do with the train-wreck of Cope actions since the 2009 national elections.

Photo: A township resident burns tyres and other materials to erect a barricade during protests over the delivery of basic housing and education near Ermelo, 200 km (120 miles) east of Johannesburg, February 15, 2011. REUTERS/Mike Hutchings.