Puccini’s ‘Suor Angelica’ and ‘Gianni Schicchi’, wrapped in a night of operatic delight 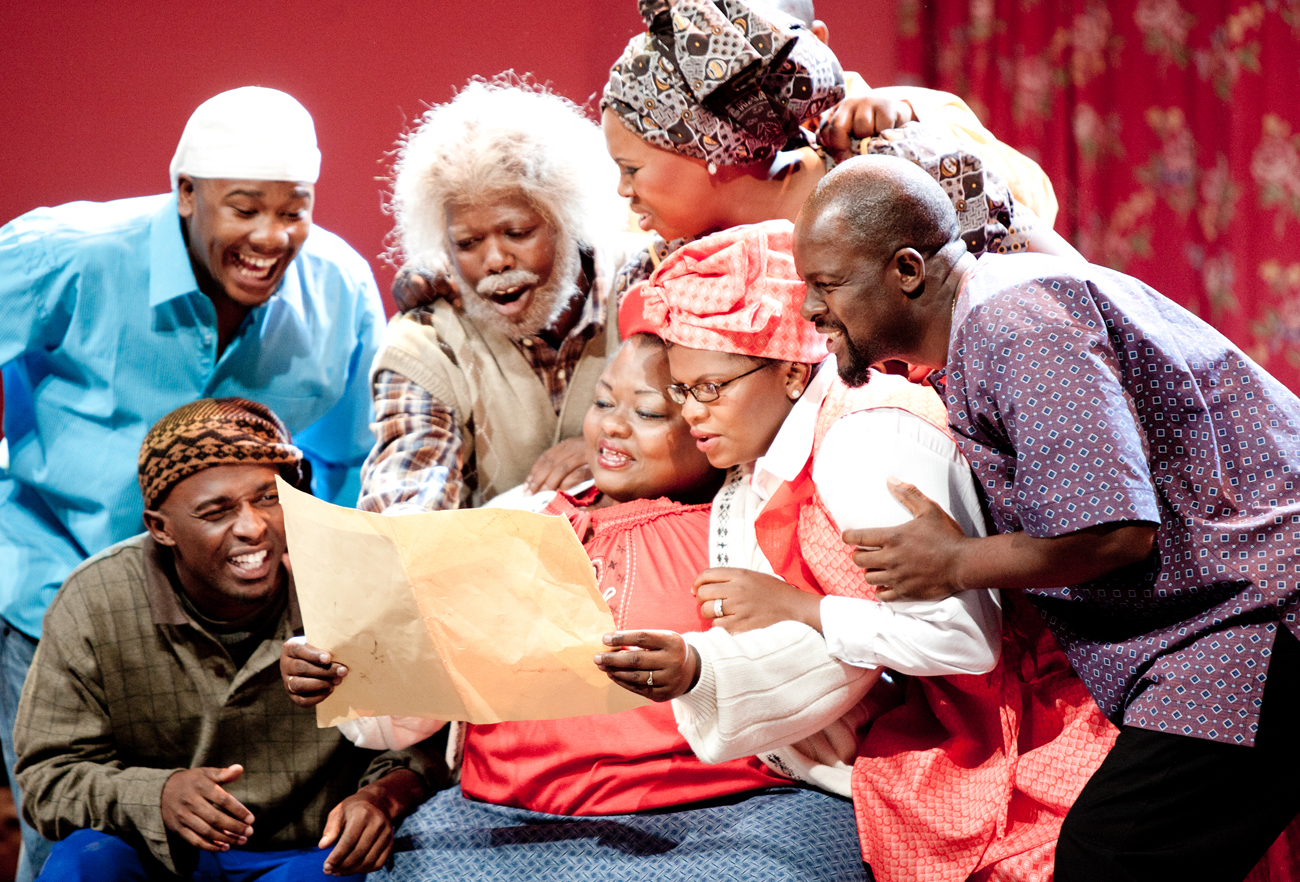 The Cape Town Opera's latest presentation at the Artscape Theatre, the two parts of the original Puccini's 1918 triptych, lead the audience through two hours of irresistible lightness and harrowing emotions. By EMILY GAMBADE.

With a local twist and grand panache, opera comes to the masses and experts alike. Directed by two young opera aficionados, both shows are a must-see, a fun, powerful, moving homage to opera and a delicacy to the eyes and the ears.

Giacomo Puccini was an Italian operatic composer famous for creating pieces filled with accessible emotions, melodies that would remain memorable and popular. Criticised at times as too commercial, the composer of “Tosca”, “Turandot”, “La bohème”  and “Madama Butterfly” was mainly appreciated for his honesty, the simplicity of his portraits and touching sentiments. Bringing Puccini’s operas to our world is not an easy task. Turning a one-set décor into a rotating stage is brave. Setting the scene in the middle of a Gugulethu home is risky. Spicing the translations of the original lyrics with some local flavour is perhaps downright reckless. And yet, the energy and candour upholding the two representations make everything possible. Even “I want to go to Golden Acre to buy a wedding ring” shamelessly slipped into Lauretta’s cry for love sounds credible. And if it doesn’t, it still makes everybody laugh. Surely Puccini wouldn’t have objected. Sandile Kamle, the young director behind “Gianni Schicchi”, who sang tenor in a more traditional staging of the opera in 2000, was born in Gugulethu. Inspired by the comedy of absurd written by Puccini, he had in mind to make it pertinent to his roots, rewriting the story in isiXhosa for a potential movie, a project he is still working on, planning to get funding for his movie to be shot in November this year, having gained confidence with the direction of “Gianni Schicchi” on stage.

Kamle explains, “When it comes to opera in South Africa, the Cape Town Opera is the best – no one can run away from that. So it’s always good to run everything by them when doing something which is more operatic.” And he deserves the extra confidence: One hour of panting uproar, ascending-descending scales regulating hopes, weeping, laughter, betrayal. One hour of great singing, flamboyantly orchestrated. “I tried not to stray too far from Puccini’s intentions. I think his message, the all-round story is about someone who could get tricked, but at the end of the day, we can all laugh about it.” There is no space for complicated or elaborate symphonies, and the simplicity of the purpose carried the audience into a township house with less effort, or so it seemed, than any more subtle methods. The opera buffa is pumped with archetypes, deliberate transgressions that may hurt purists’ sensitive ears. Yet it is an hour of joyful conversation and a pretty good portrait of what could be life in a Gugulethu home. Enjoy, get light and breathe in for the next set is another story of its own. “Suor Angelica”, directed by Matthew Wild, opens on a startling rotating stage, created by Tina Driedijk, as the poetic representation of a hospice run by nuns. The set is impressive, nooks for prayers, sinful thoughts, internal conflicts and indubitable faith. And from the first notes, the just-experienced, almost hysterical atmosphere melts into tragedy. The heroine’s fate is unveiled supplication after supplication, voices floating around, invading the space. The story is heavy, intense without ever falling into exaggerated pathos. Transposing the stage, originally in a convent courtyard, into a series of spaces into which the nuns seem to slide, adds movement and flow to a normally long, slow opera. It’s a wild idea to bring the story to a hospice filled with kids running around and the idea adds incredible contrast to the nuns’ renunciation and their quest for redemption. With passion in his voice, Wild says, “The piece is quite slow and there is a lot of music, which is difficult for directors. This piece is often criticised for being monotonous and I chose to locate it somewhere dynamic. So we went to visit a lot of nuns and people working in hospices. One is struck by the energy, the commitment to help the people, we were overwhelmed by an aura of people who’ve never had material things – cosmetics, cellphones and so on – but who’ve dedicated everything to help others.” The compelling voice of Sister Angelica, portrayed alternatively by two powerful singers, Nozuko Teto and Janelle Visagie, captures the aura drifting over the stage.

If there were anything to keep you away from opera, the double-bill of Puccini presented at the Artscape will wipe it out. Just as theatre portrays moments of life, operas add the immense power of music and the intensity of voices. No reason to be afraid, really, only ways to enchantment. DM

‘Suor Angelica’ and ‘Gianni Schicchi’ will be at the artscape theatre until the 21st of April. For more info, go to Cape Town Opera.