MTN radio awards: smart, very smart. For MTN, that is. 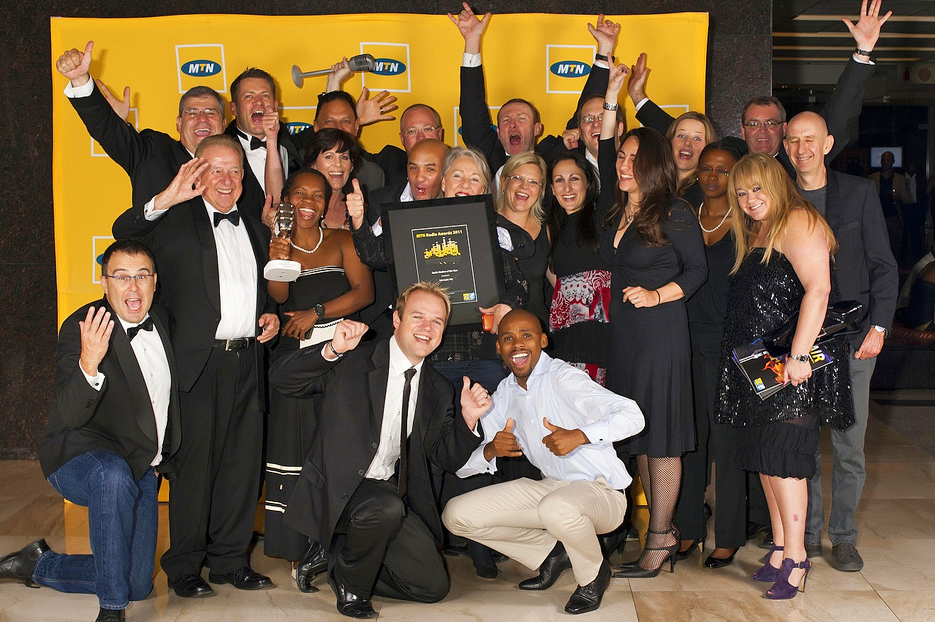 While Cell C continues to yap and snap at Vodacom’s ankles with adverts that take artistic licence a little far, and Vodacom paints the town red, MTN is growing what must be SA’s smartest sponsorship property, the MTN Radio Awards. By MANDY DE WAAL.

If you’ve been listening to Talk Radio702 recently you’ve probably heard the abbreviation, MTN, quite a lot lately. More than quite a lot actually. Following the station’s win as MTN Radio Station of the Year, for the second year running, 702’s been crowing very loudly about its achievements in a series of promotional spots. The same can be said of Radio Islam, which won the Community Radio Station of the Year award. And all the other winners, numbering more than 30 promoting their recent success.

Of course, MTN’s chief marketing officer Serame Taukobong says the awards are all about recognising excellence in radio, but the additional promotional mileage surely doesn’t hurt the mobile company’s brand, particularly as MTN was largely born on radio.

“If you go back in the history of MTN, our first commercial advertising was on radio. If I use the idea of a campaign, the first leg of it we produced about a 170 radio spots across about 33 radio stations. Last year alone we did about 240 radio spots just promoting our products. What’s key for us is that radio allows us to reach a wider audience than does print or TV for instance. From a commercial perspective radio forms quite a critical part of our overall media plan,” says Taukobong.

Typically MTN spends between 17% to 25% of its entire advertising budget on radio, which means an awards programme that seeks to enhance the medium and give the brand major free mentions on a medium that enables it to strike gold, is golden.

Taukobong won’t be drawn on the value of the sponsorship, but says the returns are way in excess of whatever funds the mobile brand invests. “We generally don’t reveal sponsorship amounts, but the value we receive in return is way in excess of the investment we make.” This is because each time a station such as 702, Radio Islam or a presenter like DJ Fresh – who won ‘Best daytime presenter’– crows about their achievement, MTN gets more free airtime that is endorsed by the station or presenter because of the direct association between brands. Photo: Alex Jay was inducted into the Hall of Fame. (Note: MTN brand is seen four, almost five more times on this photo, plus once on the certificate.)

“From the PR mentions it is way in excess of what we financially put in. Obviously 702 is the only case we have because it is the first winner. It certainly did leverage itself in that manner. With the recent awards, you are seeing certain DJs or shows leveraging themselves that way.”

But Taukobong is quick to add: “That is obviously not the primary intent. For me the biggest opportunity from an MTN perspective is with more community radio stations coming on, we have discovered a lot of stations that would have not normally have appeared on your traditional media radar. This has allowed us to extend our reach. Typically, based on the current commercial realities, big brands would only look at radio stations with published audience figures and, because of this, a lot of the community radio stations often get left off traditional media plans. What we have found with the radio awards is that there are quite a lot of gems out there that have not had the opportunity for any commercial brand to participate. We will be doing a lot more work with them as well.”

Instead of creating a non-commercial category, the organisers lumped public broadcast stations with everyone in the community category which left bigger SABC stations like SAfm and Radio2000 feeling slighted. However, Siphelele Sixaso, marketing manager of SAfm dealt with the issue with a fair amount of grace.

“The big issue here is all about journalism and promoting the institution of journalism which must be protected, so we will be consulting further with the organisers of the awards to see what can be done,” said Sixaso who found the award categorisation strange.

“SAfm is a radio station that appeals to people with very high household income and our audiences are affluent decision makers. SAfm is the only national talk radio station in the country and because of this it didn’t make sense or seem fair to judge our brand in the community radio station category alongside smaller stations which broadcast to communities in Soweto or Alex.”

Sixaso said the issue has now been largely resolved, apologies were sent and there is a commitment to talk about how this can be changed for the coming year. “In this business you can’t walk around sulking. The idea of the awards is noble because it puts emphasis on the radio sector and it would be a pity not to participate. If greater consultation is made and the categories are looked at, we would definitely be more interested in participating in future. The general feeling was that there was a general lack of interest in the awards because of the categories, but hopefully that will be resolved going forward.” Photo: Robert Marawa of MetroFM (and Supersport) won The Best Sport Show award. (Note: Six more sightings of the MTN brand, and one more on the certificate.)

Taukobong says in future MTN will ensure it reaches out to the SABC. “We want to ensure everyone on radio participates. The awards are very young, and this issue must be seen in context as the teething lessons of the awards.”

A couple of weeks ago Sowetan columnist Simon Nare took aim at the MTN Radio Awards saying they were a “farce” and the award name should be changed to the “Primedia or Talk Radio 702 Awards to save everybody the blushes”.

Taukobong is at pains to explain the award organisers had consulted with Nare to explain the issue of the categories. “We don’t view it as a Primedia club or clique. When other stations submit the volumes that the Primedia entity enters they will also win. This year out of the 53 radio stations that participated 22 were community radio stations which was quite encouraging. Unfortunately the number of entries from the SABC and ‘African’ language stations was quite low.

“With any awards in their infancy the vehicle is a two-way street. Stations have to submit their applications and have to submit their entries. It is quite interesting that if you don’t submit your entries and don’t play in the race, it is quite difficult for you to criticise and then say it is one-sided. One of the things we have stated, particularly if you look at the relatively bigger and more established broadcast stations, is that, despite extending the entry date for a month and conducting workshops to encourage entries, the volume of entries though increased was not reflective of the number of radio stations you have in South Africa,” says Taukobong.

Awards co-chairman Lance Rothschild says the idea of putting SAfm into a community category came about because of the station’s mandate. “SAfm has a substantial community and public broadcast mandate, but they don’t have a commercial mandate. We should have probably called that award the best non-commercial radio station of the award, rather than a community radio station award. It is something we could have handled differently or better. My view is this is probably an issue of nomenclature more than anything else. If we called it a non-commercial category, SAfm may have felt less aggrieved.”

Rothschild says the award organisers plan to have talks with SAfm and other SABC stations. “This is the second year. Last year was a big learning curve, and this year was another steep learning curve. We will ensure we have more time next year to consult wider. We did have meetings with the SABC before this year’s awards to encourage their participation and get their support and participation in the awards, but this issue was raised at the end of the awards programme. It is a pity it has come up this way. It was not something we anticipated, and if we had, we would have probably changed the awards.”

In the long-term it is likely the MTN Radio Awards will grow into a continental effort. “We want to see if we can expand the awards across the continent where radio plays a bigger role than in SA.” This is a smart strategy given how important radio is to MTN’s advertising and the growth of its brand, which, by the way, has been mentioned no less than 19 times in just this one article. DM

Main photo: Primedia’s MTN Radio Awards winners. (Note: Four more sightings of the MTN brand, and a tiny one on the certificate as well.)