David Attenborough and the beautiful life – life on Earth 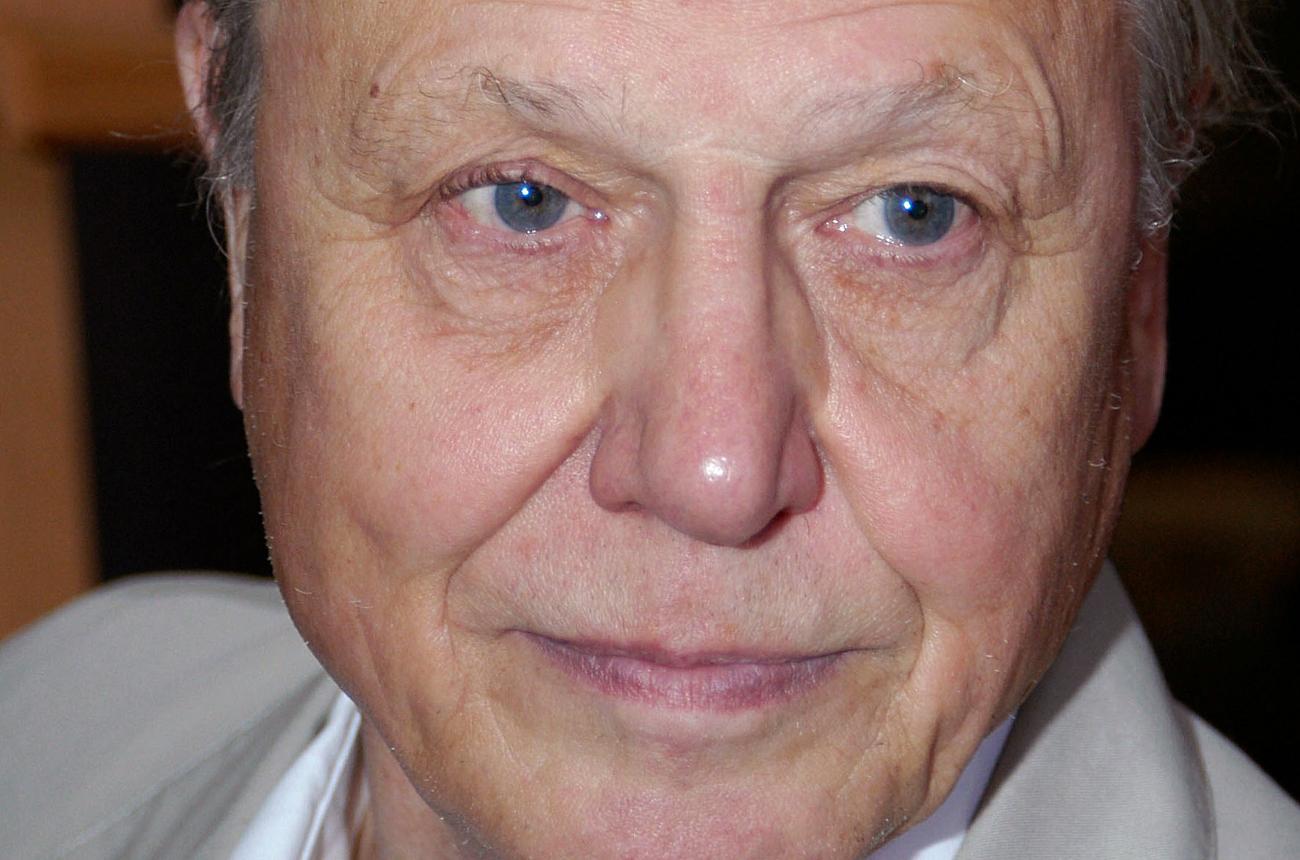 Sir David Attenborough, the voice, smile and incomparable passion behind years of BBC's natural history TV documentaries, delivered a lecture on Wednesday evening at Cape Town's Baxter Concert Hall, that had the room amazed and enchanted. Much laughter and a standing ovation later, there it was, everything one ever needed to know about Alfred Wallace and the birds of paradise. By EMILY GAMBADE.

Watching Attenborough perched on a ladder, gazing at birds mating, whispering his questions and wide-eyed comments, balancing his 85-year-old and still-lean body and white hair some 6m off the ground, defines science quite well: systematic study through observation and experiment. Stand there for hours, collect, observe, experiment and learn. And when all is done, go on to the next adventure. Attenborough, who insists on the importance of taxonomy is not only an expert in his field and a world-famous broadcaster, he is also a wise storyteller armed with a body of knowledge collected over a lifetime of adventure. Born in 1926, he has been making sector-defining documentaries on wildlife and the natural world for more than 50 years, bringing to the small screen the life of any creature able to run, swim, fly, dance, crawl, squirm or slide.

When the University of Cape Town, through its programme of Vice Chancellor’s Open Lectures, a real gem for wandering and eager-to-learn minds, managed to have Attenborough fly to South Africa and give an open talk, it was no big surprise that the free tickets disappeared in less than two hours.

At 19:00, people were already queuing in front of the Concert Hall with few devotees who did not get one trying to trade last-minute tickets. The emotion was palpable, from the lady mesmerised to see the man behind “the voice”, to elders debating about organic farming and Karoo fracking – sensitive subject, if there ever was one – everybody waited impatiently for the legend.

The UCT Choir gave a great introduction, singing, or should one say, tweeting bird calls and rain forests sounds, metamorphosing the concert hall into a tropical jungle.

And now, still full of amazement and delight, after a lifetime of sharing stories with many generations, still humble, light, sharp, his adventurous and curious mind lighting up the room, Attenborough introduced the audience to the mysteries of the “Birds Of Paradise”.

For most of the audience, it was not only a great discovery, for the birds are wonders to see, but also a warm reminder that all around us there is a world to watch, to listen to and to understand. As Attenborough explained: “The only way to care about our environment is if we know about it.”

Alfred Russel Wallace, who was renowned for developing his personal theory of evolution and natural selection that would later push Charles Darwin to publish “On The Origin Of Species”,’ was a British naturalist, anthropologist, biologist and explorer. But he was also an admirer of the birds of paradise, those incredible creatures with bright, elongated plumage, filament tails and aerial feathers as diverse as the 40 different species inhabiting the world, mostly n New Guinea.

Of course, Attenborough knows his subject and his presentation craft. He quickly grabs everybody’s attention, his husky British accent caressing ears, joyfully sharing details about Charles Darwin’s luxurious life in Kent, hesitating to publish his theory of evolution that he had been breeding for 20 years, because “he would upset many Christian people around the world, including his wife”. He adds piquancy to the simplest story and turns mating time into Elizabethan theatre.

Watch the video Attenborough and his team shot of a Plumed Bird Of Paradise, preparing for his mating dance:

As Attenborough puts it, “What else can be more attention grabbing than this?” It is safe to say most of us don’t spend anywhere near enough time really looking around us and being amazed. We all know how it feels to be a child and what it means to be curious. We all know, deep down, what it means to wander, explore and ask questions. We all know we share the world with incredibly diverse species. But how often do we take the time to look and wonder? Perhaps if we just ask ourselves that question, and ask it often, Attenborough’s lectures and life of bringing the wonders of the living world to our daily routines are more than successful.

Thomas Clark, a student in botany, attending the talk spelt it out: “When I think of David Attenborough, I don’t only think of that voice of his, that voice which I recognise as much as my father’s, or his gentle nature, but I think of a time from my childhood, sitting in front of the television, and being transported to different land, a magical land of fantastic creatures and plants. I am now in my 23rd year of life and I am walking the environmental path; it’s a tough path but it’s the only one I feel I can walk. I would not be the man I am today if it wasn’t for him, for he opened my eyes to the magic that is all around, he made me realise in some shape or form that we are not alone on this planet, that we share this planet with the natural world, we are the sum of it and its protector, and it’s time we grew up and took on the responsibility that has been handed to us.”

Photo: Naturalist Britain’s Sir David Attenborough is seen at an event to unveil the first known oil painting of icebergs, [painted by 18th century landscaper William Hodges and hidden for more than two centuries under a tropical picture also by him], at the National Maritime Museum in London, July 5, 2004.